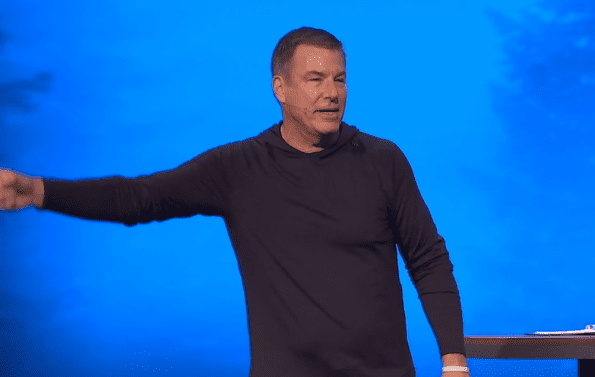 An opportunity to unite Southern Baptists to help abuse victims descends into leftist attack on conservatives.

The quiet part out loud: ‘Guidepost will do whatever they are hired to do. That’s why it’s so important that @edlitton choose the members of the task force carefully.’

The report of disgraced plagiarist Ed Litton’s Sex Abuse Task Force must be released next week, and the final report will be a multimillion-dollar opposition research drop on conservatives. As Woke members of the SBC chattering classes observed—the investigators “will do whatever they are hired to do.”

Guidepost will do whatever they are hired to do. That’s why it’s so important that @edlitton choose the members of the task force carefully,” said Todd Benkert, a Woke writer for SBC Voices. Benkert is also exposed as a liar in the saga of Buckgate. Benkert is a highly partisan member of the extreme leftists in the SBC. His quote is worth nothing because it was even featured by the Wartburg Watch.

Benkert’s comment says the quiet part out loud—that it was important to stack the Sex Abuse Task Force with Ed Litton appointees. Why Ed Litton appointees? Because Ed Litton is himself Woke and the disgraced Leftist who was shown to be a plagiarist. Hey, Ed Litton’s Sermongate scandal even made the front page of the New York Times.

Remember: the report will reflect ‘whatever’ the people hiring it want. This is the assertion of the very people who wanted the investigation.

What the report says must be read through the lens of the biased, anti-conservative rhetoric of Ed Litton’s task force chairman Bruce Frank. As we’ve reported, Frank is a rabid hater of the Conservative Baptist Network (CBN). However, Frank is just the beginning of the problems with the Task Force report.

First, let’s recap the problems with Bruce Frank. It was revealed that Bruce Frank did not advise SBC insider candidate Willy Rice to drop out of the SBC Presidential race after reports surfaced that Rice’s church has a deacon who allegedly engaged in abusive behavior in 2005. So much for leadership from the task force.

Also, Bruce Frank has engaged in partisan attacks on the Conservative Baptist Network. In other words, you cannot trust a thing from Frank because it is partisan. And he was again picked by disgraced plagiarist Ed Litton—which shows where Frank’s loyalties reside. Indeed, when Frank’s task force was engaged in a dispute with the SBC Executive Committee, where did Frank turn for legal advice? Frank’s task force hired a radical pro-LGBTQ law firm.

Oddly, some prominent Southern Baptists involved with the Executive Committee were only interviewed last week and this week—just days before the report deadline. It seems incredible that the investigators would wait until the last minute to interview some big names. Of course, why let facts get in the way when you already know the narrative you intend to publish?

And there are questions about the investigators.

Samantha Kilpatrick is listed as Guidepost’s Southern Baptist Convention subject matter expert (SME). Kilpatrick is a graduate of Southeastern Baptist Theological Seminary. Kilpatrick briefly worked for G.R.A.C.E. However, the short tenure there is not the most interesting part of the story. Kilpatrick is not trusted by some survivor advocates. According to the Wartburg Watch, Kilpatrick participate in a church’s internal investigation—and it sounds like the investigation was a whitewash.

So, can you guess the outcome of Ed Litton’s Sex Abuse Task Force report? You should be able to see what is coming already. When biased people appoint a biased committee the results are preordained.