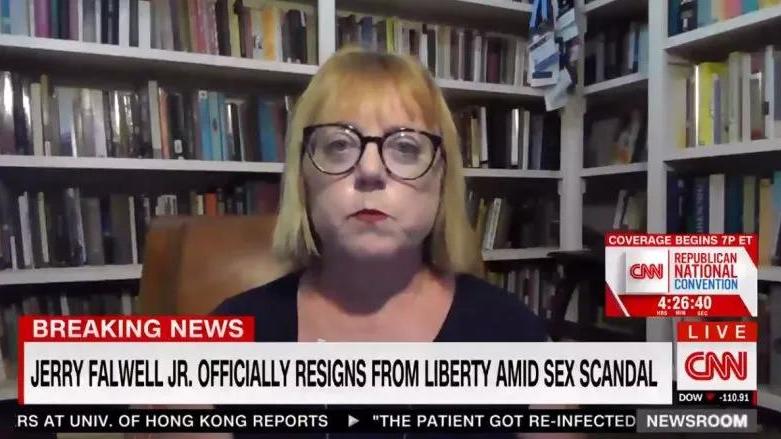 Karen Swallow Prior spews anti-Trump venom even after abortion victory.

Leftward Drift: This is the Never Trumper Daniel Akin uses your church tithes to pay.

Wicked: Karen Swallow Prior says it would have been worth 60 million dead babies to beat Donald Trump.

Southern Baptist Professor Karen Swallow Prior said that the apparent victory for pro-life forces in overturning Roe v. Wade was not worth the election of Donald Trump.

SEBTS Professor Karen Swallow Prior made clear in a series of tweets that she was too virtuous to ever compromise by voting for someone who would end abortion.

She says sure Trump ended abortion now (and saved millions of lives); however, she prefers doing it the right way.

Karen Swallow Prior opines, “Yep. I was for the slow, right way of doing things. That’s why I said 50 years. I’m not big on shortcuts.”

So, 50 more years of murdered babies is preferrable to voting for the Greater good.

As Rod Martin said, “She literally just said it would have been worth 60 million dead babies to beat Trump.”

And it gets better. Or, we should say worse.

Karen Swallow Prior says, “I’m not good enough at math to calculate the longterm consequence of sex abuse, misogyny, Epstein, and insurrection against these things. It’s a moral calculus I can’t do. Multiple wrongs don’t make one right. So many, many wrongs, how do we love thee? I voted for none of them.”

Feel free to laugh. This is the lunatic Daniel Akin hired.

You know someone is a lunatic when they call January 6 an insurrection. But Epstein? All you can do is laugh at the CNN/MSNBC bubble that infects the mind of someone like Karen Swallow Prior.

Not to put too fine a point on it: Another 60 million dead babies would be a small price to pay to have defeated Donald Trump in 2016, according to Karen Swallow Prior’s insane worldview. In other words, mean tweets are far worse than abortion.

This is not Christian. This is the doctrine of antichrist.

And you are supporting it. Yes, you, our conservative readers, have a portion of your Southern Baptist church offerings going to pay the salary of Karen Swallow Prior.

Here is how it works.

Southern Baptists churches give a percentage of their money to the Cooperative Fund. So, some bit of every undesignated offering dropped in the plate goes to the Southern Baptist bureaucracy. A portion of that portion goes to seminaries like Southeastern Baptist Theological Seminary (SEBTS). And at SEBTS is Karen Swallow Prior.

Mike Stone said, “If I had an employee that indicated they would have rather taken 50 more years to end Roe, my deacons and personnel committee would demand that I terminate that employee. If I refused, there would be at least 2 terminations this week at my church.”

That leftward drift of our seminaries matters.

It matters greatly. These people like Russell Moore and Karen Swallow Prior and David French are working to undermine the clear teachings of Scripture in ways that always work to the benefit of Democrats.

It is time to #ChangetheDirection of the Southern Baptist Convention.