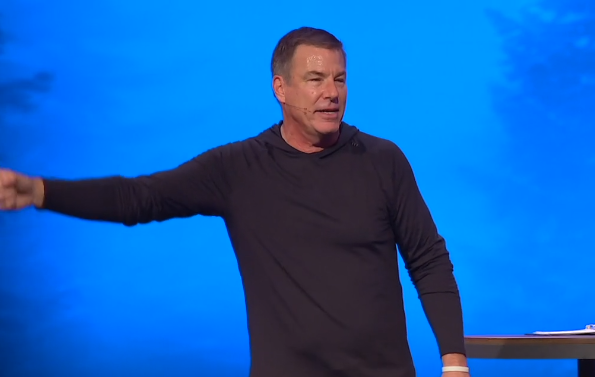 Bruce Frank: ‘I did not advise Willy (Rice) to withdraw from the race.’

What would happen if an elected SBC President were to face similar allegations as Willy Rice?

The chairman of the SBC’s Sex Abuse Task Force did not counsel Willy Rice to drop his bid to become President of the Southern Baptist Convention despite Rice’s church having in leadership a man who engaged in allegedly sexually predatory behavior with a high school student. Bruce Frank made the stunning revelation today.

“I did not advise Willy to withdraw from the race,” Bruce Frank said. “That was his decision to make.”

Also, Frank and the task force hired radical Pro-LGBTQ lawyers to advise them.

H/T to Janet Mefferd for finding this and highlighting the important parts of this shocking revelation about the stand of the SBC Sex Abuse Task Force.

Another thing worth pointing out is that Tom Buck contacted Willy Rice because victim advocate Rachael Denhollander told Buck he had a moral obligation to inform Rice. This eliminates the Woke lie that Tom Buck tried to force Willy Rice out of the race. If Tom Buck were going to harm Willy Rice, he would have pulled an October Surprise right before the SBC Convention in June.

Mefferd raised another important question: What would happen if a sitting SBC President faced these same issues?

Would the Sex Abuse Task Force give this same advice? This is important because the current President of the Southern Baptist Convention is disqualified from the office of pastor because of plagiarism. However, there was no obvious mechanism to force the removal of Ed Litton from office.

Ed Litton’s Sermongate and the inability of Southern Baptists to hold leadership accountable calls for radical reform of not only the elected offices but the entire trustee system.

It is clear—Southern Baptists cannot trust the trustees. They enabled Russell Moore and seemed unwilling to do anything to force Southeastern Baptist Theological Seminary employees to answer questions about what if any involvement they had in the plot to blackmail Tom Buck.

Now it is clear the SBC cannot trust the Sex Abuse Task Force as it coddles SBC Insiders and Woke pastors. Bruce Frank and the task force are already telling us to expect the report to be little more than CP funded Opposition Research.

It is time to stop the leftward drift and that requires a decision to Change the Direction of the SBC.