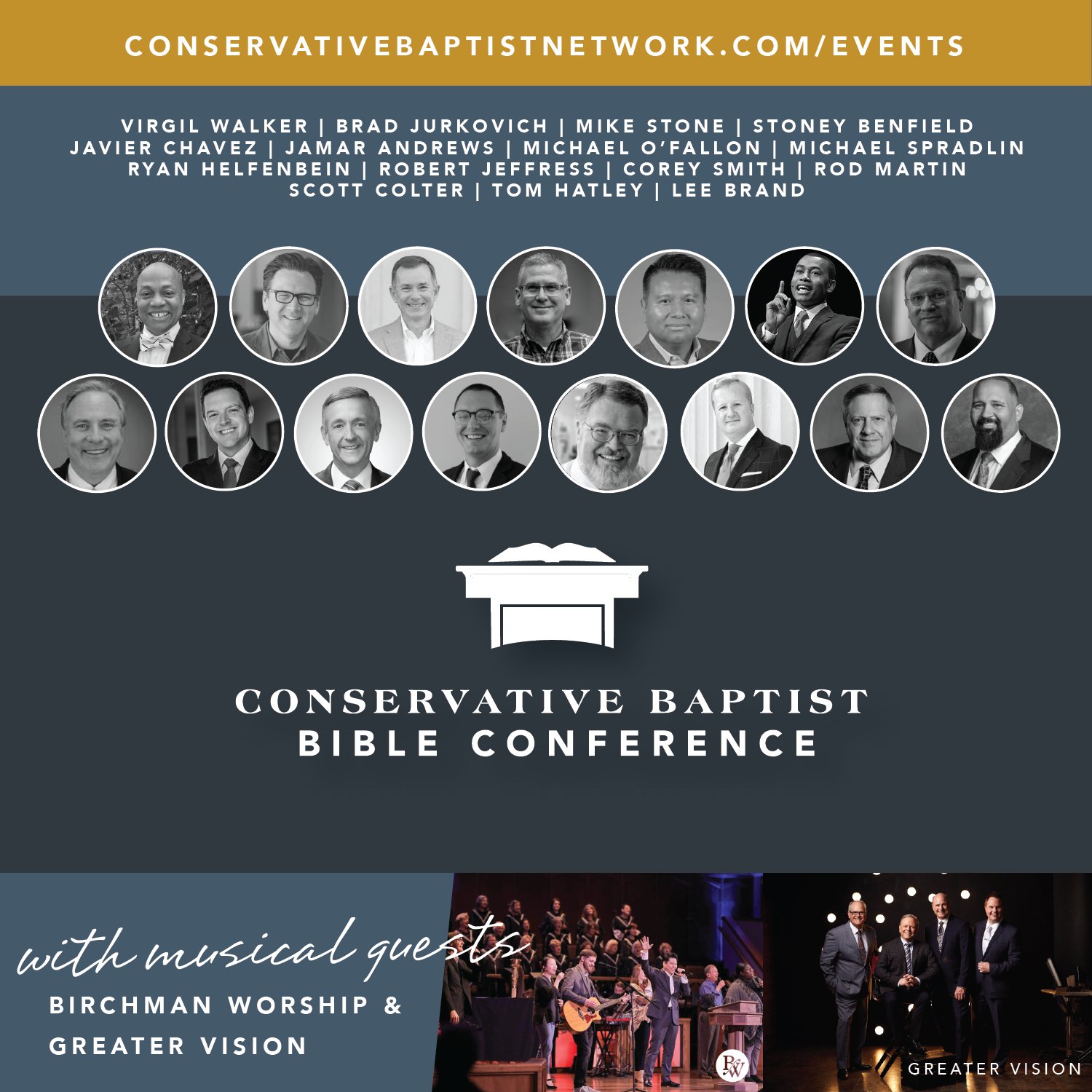 FBC Dallas Pastor Robert Jeffress is attacked by Leftists and now by some Christian conservatives. Most of the attacks are not only ill-timed but ill-informed. Jeffress is speaking at the Conservative Baptist Network Bible Conference this week.

Robert Jeffress was one of the few if not the only megachurch pastor to condemn Ed Litton’s false teachings.

Twitter threads attacking Robert Jeffress speaking at the Conservative Baptist Network Bible Conference are full of misinformation. Some claim that Jeffress is pro-Catholic and promotes Prosperity Gospel preachers. Both claims are false.

First, Robert Jeffress unequivocally said that Catholicism is wrong on doctrine. This got him in trouble with Leftists who immediately called him an anti-Catholic bigot. Jeffress responded by saying he is happy to work with his brother and sister Catholics.

This immediately became fodder for attacks from the right—by misleading tweets that Jeffress declared Catholics to be “fellow Christians.” Wait just a minute. Let’s take a closer look at exactly what Jeffress said during that kerfuffle.

Robert Jeffress said, “I am delighted though, to reiterate what I’ve said many times when people ask me if Catholics are going to be in Heaven or are Baptists going to be in Heaven: nobody goes to heaven in a group — it’s one by one, based on our relationship with Christ,” Jeffress clarified. “And I can tell you this: there will be millions of Catholics in heaven who have trusted in Christ for their salvation.”

Now, Jeffress also said he cooperates with Catholics on non-doctrinal and political issues.

“I work with them often on issues of religious liberty and the pro-life movement. I walk alongside Catholic priests in pro-life demonstrations,” Jeffress said.

Anything wrong with that?

Of course not. There are some complaints that people make against Jeffress that boil down to not liking how Jeffress conducts worship services.

Part of that is hosting authors before his sermons to discuss various topics related to religion. For example, “I welcomed [Fox News host] Sean Hannity to First Baptist to discuss his journey of faith.”

Another criticism of Jeffress relates to his huge Fourth of July Service.

Are those preferences regarding the conduct of worship sufficient to ban someone from a Southern Baptist Bible conference? Some might very well answer in the affirmative; however, it seems unwise to cease working with someone who shares all the right enemies and affirms the same core doctrines.

What megachurch pastors criticized Ed Litton for claiming that the Bible whispers about sexual sins like homosexuality? Robert Jeffress is the only one I know. Anyone else? Any other Southern Baptist megachurch pastor?

Leftists are cracking down on anyone standing against the radical sexual revolution—so naturally, what better time to attack a conservative megachurch pastor who condemned J.D. Greear’s and Ed Litton’s unbiblical claim that the Bible Whispers about homosexuality?

The attacks on First Baptist Church of Dallas Pastor Robert Jeffress are doing nothing but helping Leftists. Conservative evangelicals must create coalitions to fight off the Woke hordes spreading ungodly doctrines and ungodly politics.

Another line of attack against Jeffress is that the FBC Dallas pastor partners with Prosperity Gospel heretics. Again, this is focused almost exclusively on the incident where Jeffress endorsed a book that he admits he didn’t completely read.

According to Julie Roys, “My schedule is so busy, I can’t read every book word for word. But what I did see was really her autobiographical account of her past and how God redeemed her life.”

Jeffress was not the only evangelical leader or Southern Baptist megachurch pastor to endorse Paula White’s book. Also tweeting about the book were Jack Graham, Franklin Graham, and Ralph Reed.

Jeffress statement reveals the secret about Christian publishing and book endorsements. Most people skim the book of their friends. This is a problem in publishing.

Ultimately, the attacks on Jeffress don’t focus on key doctrines—but only on outside associations and tweets.

Costi Hinn is trying to rehabilitate Mark Dever with these tweets; however, Dever in his direct ministry promoted and platformed in his church and ministry the Social Justice Gospel heresy. There is a huge difference in the dangers here.

Since we are talking about Mark Dever, Dever is scheduled to speak at the Sing! 2022. Also speaking are John Piper and John MacArthur. However, there are some very interesting names also on that list including Duke Divinity School’s Jeremy Begbie, Brian Brodersen, Joan Murray, and Yale Divinity School’s Melanie Ross.

Ross’s research is interesting. According to Yale, “During the course of her sabbatical year, Ross plans to conduct ten ethnographic studies of diverse evangelical congregations across the United States. In each location, she will conduct interviews, attend services, and observe musical choices, patterns of prayer, homiletic practices, and approaches to baptism and communion. The findings from this research will enable her to construct a nuanced theology of worship that deconstructs harmful stereotypes, enlivens ecumenical understanding, and does justice to the problems and possibilities inherent to evangelical worship in the twenty-first century.”

So, not only are these attacks on Robert Jeffress ill-informed, but the attacks are also ill-timed. After all, Leftists promoting the sexual revolution and the Great Reset are the great threat to the church today. If the leftists seize power in church and state enforcing their Woke Gospel, then our ability to fight any heretics like Paula White will be seriously curtailed.