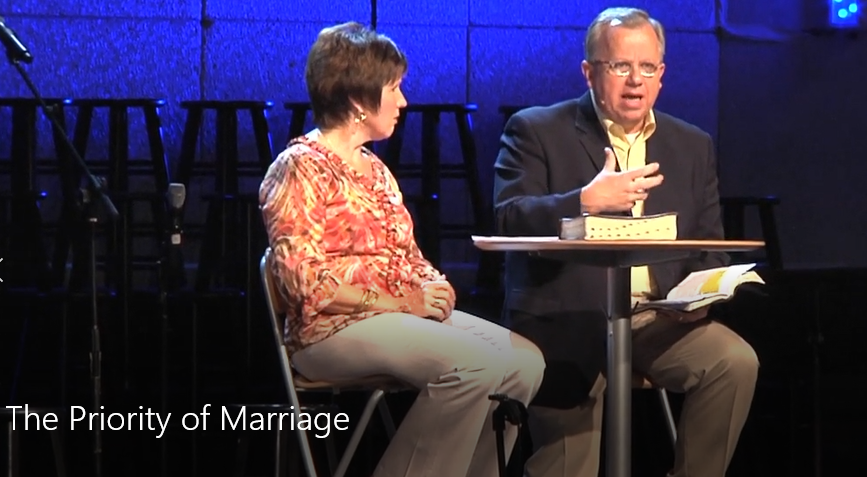 A comparison of a 2012 Ed Litton sermon shows heavy borrowing from a 1991 Tim Keller sermon on marriage.

A review of the audio of Keller’s sermon posted to YouTube and video of the Ed Litton sermon posted online—but recently hidden by the church “because people were going through sermons in an attempt to discredit and malign our pastor”—reveals many areas of similarity in the sermons. Too many to be coincidental. Large sections of Tim Keller’s sermon were quoted without attribution by Ed Litton.

Expanding on this theme, both talked about how a focus on Jesus can aid in one’s ability to overcome criticism—even criticism from one’s spouse.

The sermons included a discussion of how love must replace like since everyone falls out of like with someone once they get to really know the person.

Ed Litton: “You are going to fall out of like for one another. As a matter of fact, it is going to happen before you get married just in the process and the minutiae of trying to get ready for a wedding.

Even the introductions to the main biblical text shows signs of borrowing without citation.

Tim Keller: “We’ve come to maybe the classic text, the longest and the most famous text in the entire Bible on the subject of marriage.”

Ed Litton: “Ephesians chapter 5, the greatest passage in all of Scripture on the issue and subject of marriage.”

Litton gives a definition of marriage that is drawn from Keller’s definition. Keller also explains why Protestants typically have viewed marriage as not a sacrament of the church—thus allowing anyone to officially marry someone and not only a priest.

Tim Keller: “The essence of marriage is a covenant a legal, a legal commitment.”

Ed Litton: “The essence of marriage, we said last week, is a legal commitment, a binding covenant.”

Ed Litton: “God created marriage and gave it to mankind. The first man and first woman were the only man and only woman. And God said, ‘Here, I give you marriage.’ So, marriage is for all groups, all races, all nationalities, all nations and frankly all religions.”

Ed Litton: “What is marriage? It is a permanent, exclusive legal relationship.

There are many other points that show a heavy reliance on Keller. For example, both sermons mention how everyone is religious—something that flows naturally out of Keller’s presentation but appears unnecessary to Litton’s sermon.

Tim Keller: “The Bible says every human being is religious. It says this in Romans 1.”

Ed Litton: “The problem is that every human being at their core is religious. They are religious. Romans chapter 1 tells us that.

Litton takes a comment Keller made in 1991 about renewable contract marriages and asserts this is something being promoted by Generation Y.

Tim Keller: “Some people say it’s time to have renewable contract as you get married for three years and you have an option for three more. You’ve heard that. Now that might be interesting but that’s not a marriage.”

Ed Litton admitted to uncited borrowing from J.D. Greear’s sermon series on Romans. However, Litton’s admission came only after Sermongate allegations surfaced online thanks to the work of Internet sleuths.

Redemption Church removed at least 140 older sermons from its website and YouTube channel after videos surfaced showing Litton’s plagiarism. The church released a statement saying this was done to protection their pastor from those going through old sermons and attempting to malign him.

This was an obvious conflict. We argued the statements could not both be true.

Litton told SBC This Week that the statements were both true.

However, a deeper review of Litton’s older sermons shows why the sermons were removed. He borrowed from other sources—many times uncited—and preached the sermons as his own.