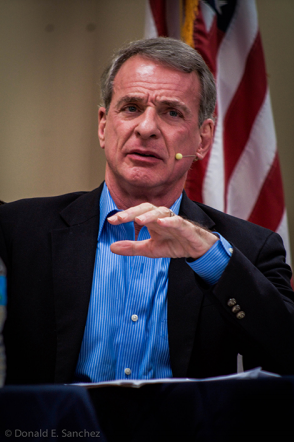 William Lane Craig is a respected philosopher with important works on the Kalam Cosmological Argument, Time & Eternity, and Apologetics.

The Southern Baptist Convention remains silent on Disney and continues to promote discounted tickets even as conservatives boycott the company.

According to Dr. Craig’s post on social media, “American culture’s increasing departure from biblical sexual ethics is epitomized by Disney’s decision to oppose Florida’s parental rights law and to aggressively promote homosexual and transgender lifestyles through their parks and productions. This is not just a matter of encouraging children to ‘come out.’ The gender identity of children has been shown to be quite malleable, and thus it can be influenced by the promotion of such lifestyles. Wholly apart from the moral issue, persons who adopt such lifestyles embark on a path destined to lead to much heartache and frustration and even self-destructive behavior. It is cruel to encourage children to adopt genders opposite of their biological sex. We cannot support a corporation which is bent of doing this sort of damage to innocent children. We had planned to take our entire family, children and grandchildren, to Disneyworld for a week this fall. We have now canceled our reservation.”

Recently, Craig’s work on the Historical Adam generated intense debate and criticism among some conservative evangelicals.

However, Craig is making a clear stand against the unbiblical sexual ethics of today. What is the Southern Baptist Convention doing?

The SBC continues to sell discounted tickets to Disneyland on its website.

The SBC is doing this despite criticism from conservatives over the last few weeks.

There are some Southern Baptists urging the SBC to adopt new resolutions condemning Disney and launching a renewed boycott despite the reluctance of SBC Elites to take a clear stand against Disney.