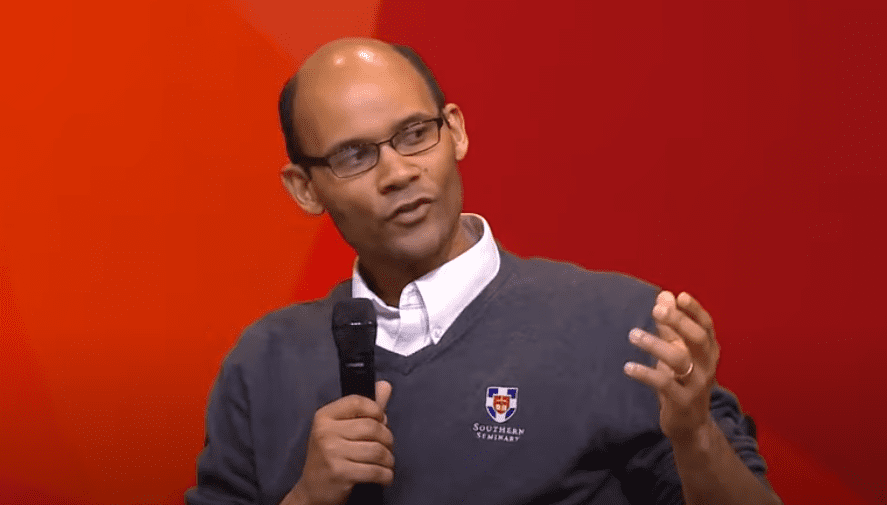 SBTS Professor Jarvis Williams: ‘You Can Have Racism Operating In A Context Where There Are No Individual Racists’

A bombshell video found by Woke Preacher Clips shows Southern Baptist Theological Seminary (SBTS) Professor Jarvis Williams teaching that racism can exist even when individuals are not racist. The video includes bizarre claims like assigning white theologians in seminary is racist. This is yet another smoking gun showing the widespread influence of Critical Race Theory (CRT) in the SBC.

“When we think about white supremacy, it’s not only the overt, violent expressions that you see on the television. In Charlottesville, for example. But white supremacy is an ideological construct that believes that whiteness is superior to non-whiteness.

“So then, how this shows up, in part, is it shows up in curriculum. Right? I’m a seminary professor, and in theological education, you’re hard-pressed to find many evangelical institutions that have a regular requirement of black and brown authors.

“And often what happens is whiteness becomes the standard by which all good theology is judged. You understand what I’m saying? So that if it’s right theology, it’s written by a white scholar who is contextualizing that theology for white audiences.

“And so, one of the things we see is, and hear this very, very carefully. There’s racism by intent and there’s racism by consequence. You can have racism operating in a context where is [sic] there are no individual racists. And that, in part, is the way in which white supremacy works, in a socially sophisticated way.”

For the record, remember the new President of the Southern Baptist Convention claims CRT in the SBC is a conspiracy theory . Litton is and admitted plagiarist and exposed liar. So, take his words with a grain of salt.

There is a great deal to unpack in this statement. However, two things must be recognized. First, the appeal to black and brown authors shows that SBTS Professor Jarvis Williams has embraced Standpoint Epistemology. Second, the mindboggling proposition that a world without racists can still be racist.

Both are postmodern assumptions. Standpoint Epistemology is a view that people based on their standpoint or position to power have different access to truth. It is a fundamental assumption of the postmodern worldview.

This is a good example of what Dr. Voddie Baucham terms racial Gnosticism—where people of one race have access to truth based on nothing else than their race.

In other words, Standpoint Epistemology is antithetical to Christianity.

You should read the blog post as Dr. Strachan rightly details how this postmodern view promotes “narrative-driven rather than absolute truth.”

And this is where I will yet again recommend Christians read deeper works of theology. This is imperative so that one can recognize the issues at stake. I routinely recommend great modern evangelical theologians like William Lane Craig, Norman Geisler, and Wayne Grudem. You can get access to Dr. Craig’s Sunday School classes (which are better than most theology classes in seminary) for free. If you need sermons from conservative sources, the Internet provides resources like John MacArthur and Brad Jurkovich and the greats of previous generations like Adrian Rogers and J. Vernon McGee.

The second point, that a world without racists can still be racist is predicated on the idea that only an equality of outcome is acceptable. In other words, one must have 50% white and 50% black theology books, or the system is racist.

This is an impossible to meet standard, which is sort of the point of racial agitators looking to exploit identity politics.

It also ignores the fact that without the evil intent, there cannot be the alleged crime. This is where understanding the mens rea is important.

While it has been established repeatedly over the last 3 years, there are many professors at Southern Baptist Convention seminaries teaching and promoting Critical Race Theory, this is an important find. It is explicit and comes at a time when the rank-and-file evangelical Christian is aware of the dangers Critical Race Theory presents.

Now, will Southern Baptist Theological Seminary do the right thing?

Also, on a similar topic, read this excellent essay at Blog & Mablog on the Sheedogs who wouldn’t bark.