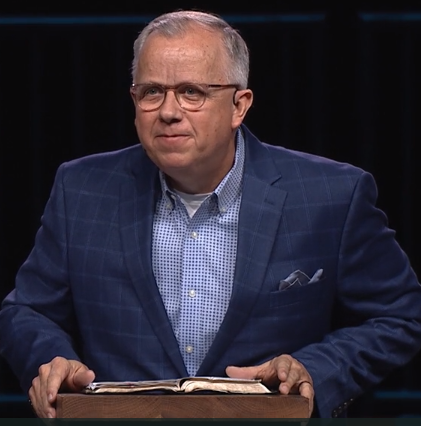 SBC Presidential candidate Ed Litton claimed anyone who thinks Critical Race Theory (CRT) is a problem in the SBC believes a conspiracy theory. The shocking and false claim was made at a SWBTS sponsored luncheon in Arkansas.

Ed Litton has no People of Color on his church staff, according to review of church staff directory.

The Woke are always dedicated to the narrative. The latest narrative from the Woke crowd in the Southern Baptist Convention (SBC) is that Critical Race Theory is not a problem. In fact, according to Ed Litton, the Woke candidate running for SBC President, any claim that Critical Race Theory is a problem in the Southern Baptist Convention is a conspiracy theory. It is as looney as what one hears on CNN.

Pastor Allen S. Nelson IV of Perryville Second Baptist Church said, “Litton said that to think CRT is a problem in the SBC is conspiracy theories. I was shocked he said it since this is objectively able to be proven false. Res 9.”

Anyone who denies that Critical Race Theory is real and a danger to the Church and America is either incompetent or a liar. At this point, everyone can see that CRT and its “Analytical Tools” are destructive. They never build. They only destroy. So, if Litton does not see the danger, then he is not fit to be SBC President. In fact, he’s not fit to be a pastor.

Litton made the remarks at a luncheon hosted by Southwestern Baptist Theological Seminary (SWBTS) in Arkansas.

According to Pastor Nelson, “@SWBTS provided the lunch. @NAMB_SBC provided ‘swag’. However we were told at 1pm that the event they sponsored was over and at 1:10pm we began the SBC president campaign q&a.”

In fact, there is evidence of the event being promoted as a campaign rally by Litton supporters in Woke SBC Facebook groups and on Twitter.

Other Southern Baptist pastors like Dr. Tom Buck, pastor First Baptist Church of Lindale, Texas, raised the question of the propriety of SBC entities hosting events for one candidate during this election cycle.

The North American Mission Board (NAMB) conveniently promoted Litton. Litton spoke at a Send event just prior to his campaign announcement and two events following his announcement. Convenient how this was timed—and how CP dollars are being used to raise the profile of someone so out of step with the typical Southern Baptist pastors and laity.

And Litton is greatly out of touch. He has embraced the entire Woke faith.

Ed Litton Is A Woke Fanatic

Ed Litton’s woke status became clear in 2019 during the SBC’s Pastor’s Conference where Litton delivered what can only be described as a Woke sermon. Litton said contemporary Christians’ resolutions condemning racism and slavery are not repentance. Christians must do more, Litton demanded including repenting and weeping over racist attacks dating back to the 19th century.

In 2019 he said, “SBC resolutions are not the same as repentance,” Litton said. He then repeated it for emphasis, “Our resolutions at this Southern Baptist Convention are not the same as repentance. Our resolutions on race led nobody to weep over four girls who were bombed and killed at 16th Street Baptist Church blocks away from here. It has led nobody to weep over the 3,446 African-Americans lynched since 1886.”

And just in case you need one more proof that the race baiters and Woke totalitarians are behind Litton, Dwight McKissic, the SBC pastor who voted for Hillary Clinton in 2016, endorsed Litton.

And Ed Litton liked this tweet by Dwight McKissic affirming the existence of the idea that America is systemically racist.

Ed Litton is a Woke Hypocrite

Litton, the prophet of racial healing and unity has no black person on the staff of his church. A quick review of the Staff page at his Mobile, Alabama church shows a total of 11 on staff and no people of color. Are you shocked? Ed Litton says one thing and does another.

This is no different than Russell Moore. In January, we reported the ERLC had no minorities on its staff of 26. Put simply, Russell Moore’s liberal bubble lacks diversity.

The Elites always say one thing and do another. They want to preserve their seat at the table of power and restrict your ability to access it.

This is why the SBC Annual Meeting in Nashville is so important. It is your last chance to stop the Leftward Drift and restore sanity to the Southern Baptist Convention. Otherwise, the SBC will continue to embrace more and more Woke and Egalitarian errors. Litton will continue the errors and abuses of the J.D. Greear era.

2 thoughts on “Ed Litton claimed CRT is a ‘conspiracy theory’”