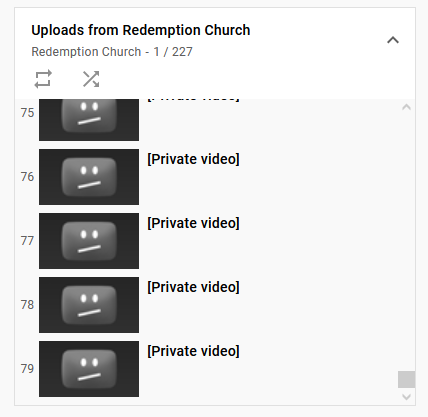 Southern Baptists are calling on Ed Litton to resign as President of the Southern Baptist Convention after video surfaced alleging Ed Litton lifted portions of a sermon from J.D. Greear. After the video release, Ed Litton admitted to using the J.D. Greear sermon without proper attribution.

“If you don’t have time to know that partialism is being taught on your church website or time to write your own sermons, how do you have time to serve as president of the Southern Baptist Convention? Regarding the partialism I do think that was an oversight, albeit a pretty bad one. What I wish is that Bro. Ed would have taken ownership of that. But instead, silence.

“The copied sermon is a much bigger issue…In any of these scenarios Ed should not only resign as SBC President but also step away from his own pulpit at the very least for time to reflect and repent and to seek godly counsel before returning.

“I don’t care what ‘side’ you were on at #sbc21. Sermon plagiarism is a huge deal. It reveals slavery to pragmatism over the sufficiency of the Word. It reveals a character issue, a lack of integrity, and misplaced priorities. We should be praying for Ed Litton, his church, the SBC, and hopefully people close enough to him to give him godly counsel.”

A seminary professor and a former sermon researcher explains the problems with what Litton did and why a resignation as Southern Baptist Convention President seems reasonable due to the gravity of the offense. (You’ll note in the thread that the usual group of SBC enablers argue that an apology is enough.)

Doug Ponder writes, “I do know that the SBC won’t survive its growing addiction to the cult of personality with its incentives to sin in ways like the above. The Lord’s work must be done in the Lord’s way, and that requires integrity… Also note that I’ve worked as a sermon researcher before, including as a researcher for 1 of the 2 men involved in this. I am intimately familiar with the process *and the extreme precision* my boss required of us in citing our sources in order to avoid scenarios like this… I think the honorable course of action is to confess the sin, either plagiarism directly or indirectly (via a failure of due diligence), and to step down from his new appointment as a commitment to the necessity of Christlikeness.”

Terri Green said, “Ed Litton should resign from his church and step down from the presidency of the Southern Baptist Convention. This shouldn’t be up for debate. Those who try to excuse it are enabling sin.”

Scottie Crawford said, “‘Taking over another sermon and preaching it as if it were yours is always and unequivocally wrong, and if you do it you should resign or be fired immediately.’ —DA Carson Ball is in your court now @EdLitton.”

Some pastors were quick to point out that while Ed Litton promised transparency, his actions were the exact opposite. Ed Litton and his church hid over 140 sermons on the church YouTube page. The image posted by one pastor vividly illustrates Ed Litton’s commitment to transparency.

And one last item to consider from Pastor Allen S. Nelson—he found J.D. Greear’s 2012 blog post on pastoral plagiarism to be especially enlightening as the SBC deals with the plagiarism scandal.

Of course, SBC Elites are taking an opposite view now about Ed Litton and plagiarism. According to some, this is “doing theology in community!” Or, all of this illustrates Ed Litton’s integrity. In other words, SBC Elites are praising an admitted plagiarist as a man of integrity.