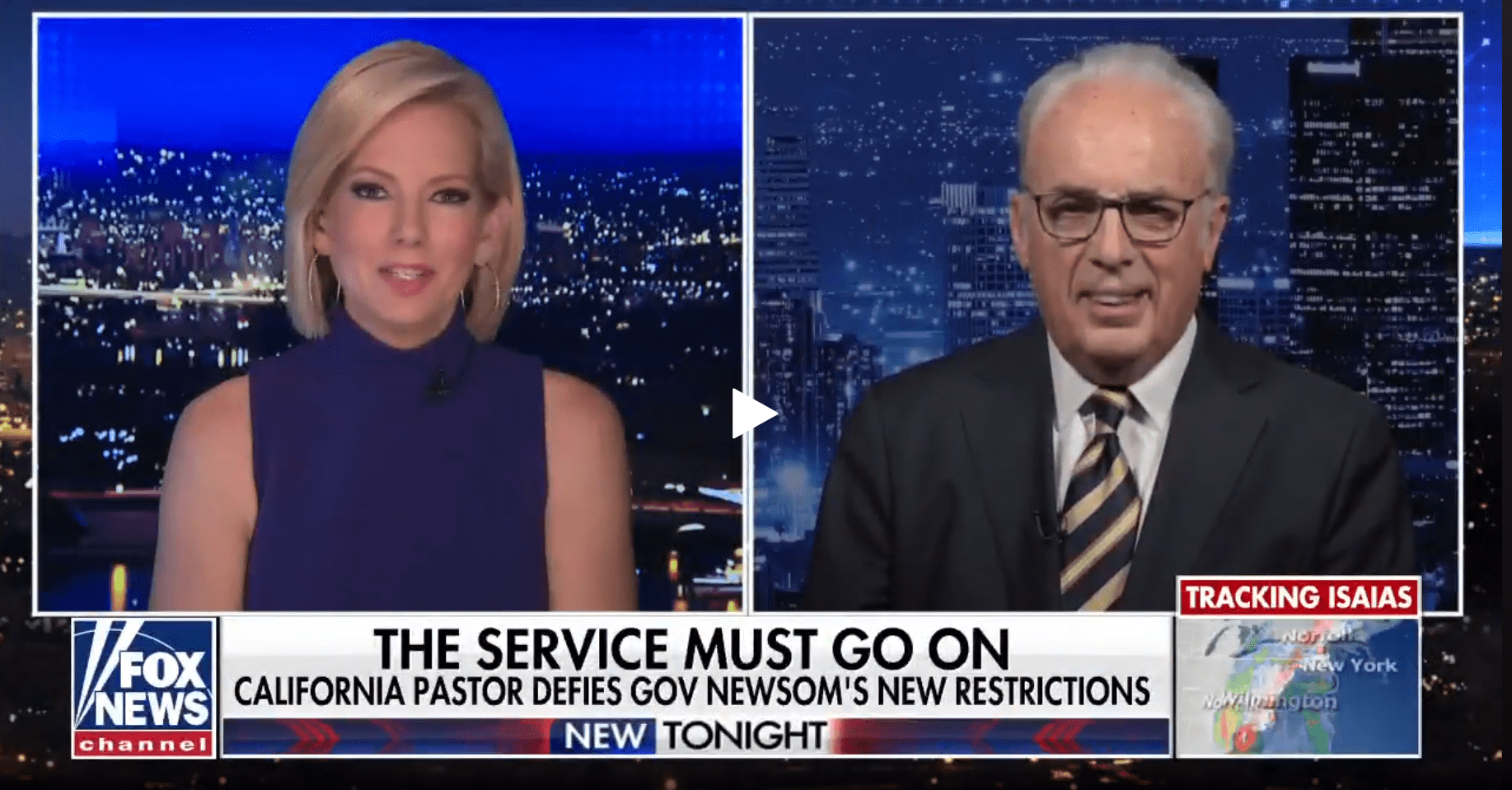 Pastor John MacArthur and Grace Community Church face fines and possibly jail over holding services for members and we can report that Health Department officials attended both Sunday services. The threat of fines and jail was made in a letter from the Health Department to the church and was received after the County Health Department said it would investigate MacArthur’s church.

Bream is a good interviewer. She did her homework and asked MacArthur about the health issues involving church meetings (the science) and then the theological objections raised to MacArthur and Grace Community Church’s actions.

MacArthur said the lockdowns of people, the shutdowns of businesses and of churches “is just not warranted by the reality of the virus.”

Then, MacArthur argued that the Church is an essential service for the community.

“We feel like we are the most essential reality in the world,” MacArthur said. “Jesus is Lord. That is the Christian confession. It has always been our confession since He rose from the dead. He is Lord of the Universe and He is Lord and Head of His beloved Church which he redeemed with His own blood.”

The first to bring up the threat of arrest of John MacArthur was Franklin Graham, President of Samaritan’s Purse and the Billy Graham Evangelistic Association. Franklin Graham is the son of the legendary Evangelist Billy Graham. According to Franklin Graham, “After Pastor @JohnMacArthur announced that his congregation at @GraceComChurch in Sun Valley, CA, would be assembling in obedience to God’s Word, he received a letter from LA county officials threatening repercussions such as fines & possible arrest.”

And where is Albert Mohler during this attack on religious liberty? Well, he is recording an episode of The Briefing where he insinuates that Dr. John MacArthur’s move is malpractice. Thanks, Al. Great leadership.