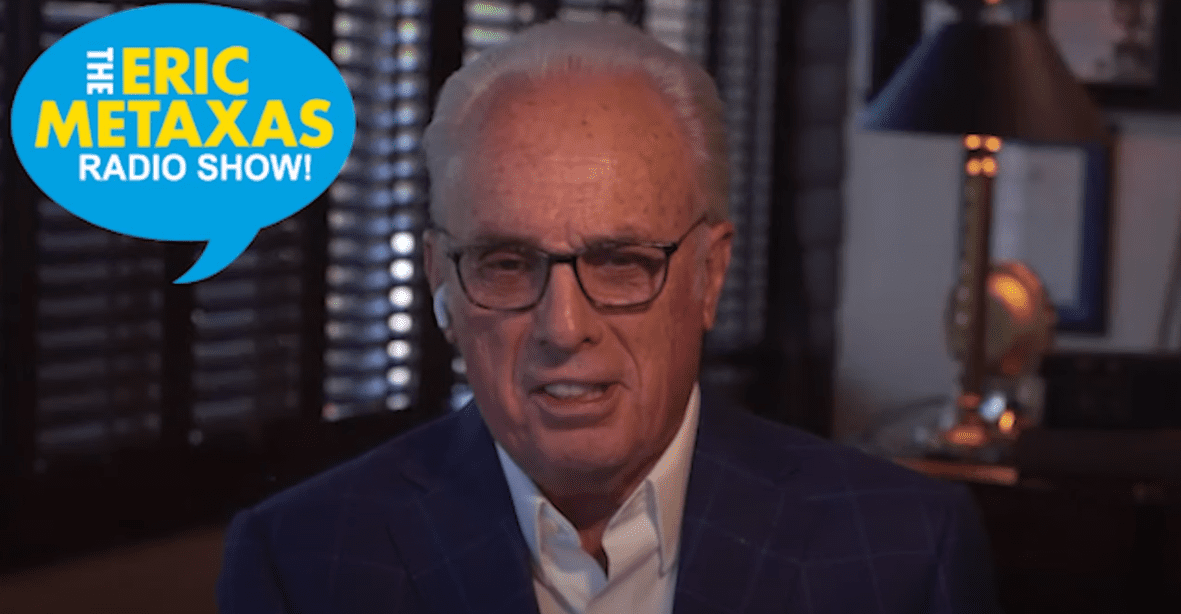 John MacArthur: Apparently, a Master of Divinity does not come with a backbone.

John MacArthur and Grace Community Church made a brave stand for the Gospel and religious freedom by holding church services last Sunday. And now everyone waits for how the People’s Republic of California will respond. We know the bureaucracy is paying attention and an investigation is underway.

“The Los Angeles County Department of Public Health in a statement provided to Religion News Service said its Environmental Health division ‘is investigating and will be reaching out to the church leaders to let them know they need to comply with the Health Officer Order,’” according to RNS.

Pastor John MacArthur said any next level action against the church likely will begin with the health authorities.

He told Eric Metaxas, “The next level will be the intrusion of the state and it may start with the health department or something like that,” MacArthur said. (See below for video of Eric Metaxas talking with John MacArthur.

Will that lead to enforcement action? And if so, what kind?

LA has promised stiff action against those who fail to comply with its draconian orders. These include shutting off water and power at the locations.

The State said outdoor church meetings are acceptable. In a statement from the Los Angeles County Health Department, “The State Public Health Officer created an exception to the prohibition against gatherings for faith-based services and cultural ceremonies as well as protests. Churches and protests can only operate outdoors, which is safer than indoors, with protocols in place including physical distancing between non-household members and wearing face coverings. It is important that worship services happen outside.

However, for large churches tents and outdoor meetings in 100+ degree heat is impossible. The heat likely poses its own serious health threat.

What will happen this week? Next week? Will the Leftist Tyrants in City Hall and Sacramento silently acquiesce or will they escalate the situation? Stay tuned.

This week, Pastor John MacArthur was interviewed by Tucker Carlson. It was brief but one of the most important conversations so far. Tucker Carlson Tonight is the voice of conservative America during this crisis. His ratings are through the roof even beating MLB games.

However, the interview was short. If you want a deeper dive into the politics and theology of the situation then Eric Metaxas interview with MacArthur provides it. Metaxas had MacArthur sit through an entire hour and then a portion of the next hour too. Video below and below that a few excerpts, comments, and thoughts.

“America looks like a massive Jerry Springer Show,” MacArthur said around the 25:45 mark. “That is not to say that God can’t revive and God can’t bring the Gospel to bear. But I promise you one thing, if all the evangelical leaders are running around trying to make sinners happy, instead of confronting sin and proclaiming the Gospel—it is not going to happen.”

That makes hosts like Eric Metaxas and Todd Starnes critical during these times. These men have backbones. Too many pastors do not. And John MacArthur pointed that out by telling Metaxas that an Master of Divinity does not come with a backbone.

Yet, there is hope for Christians.

“Paul the apostle in I Corinthians 2 said we march in a triumph we always triumph in christ why because Christ triumphs,” MacArthur said. “Psalm 2 tells us that God is going to give the nations of the world to his son and he tells the nations of the world kiss the Sn lest He be angry. He will come as the final judge and the final earthly king. He will establish his kingdom in this world Christ triumphs. We march in his triumph. It’s not up to us to change the world. He has the plan. It’s only up to us to be the tools that He uses to do that by living godly lives and preaching the saving Gospel.”

MacArthur says that some Christians would rather fight on another issue such as LGBT laws. However, MacArthur rejected that.

“The first hill that we come to we’ll die on that hill for the sake of the freedom to preach the gospel in this country,” MacArthur said.

And that is just a few samples of the Metaxas and MacArthur interview. Watch it all. It is rewarding.