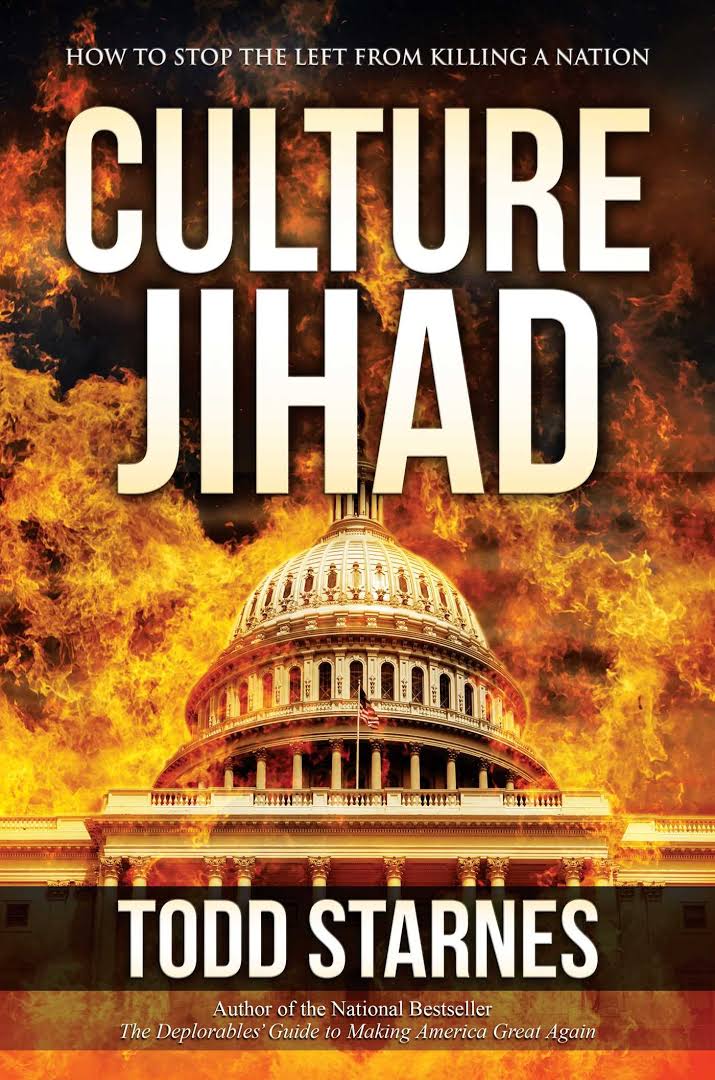 This is the book Southern Baptist leaders should write, but won’t.

Todd Starnes: “The fact is that in some states Christians are being treated as second-class citizens—forced by the government to renounce their religious beliefs for the sake of political correctness.”

“I wrote this book because I love America and I love freedom. I love the freedom to practice my religion in the public marketplace. I love the freedom to read To Kill A Mockingbird on a warm summer day in Bryant Park. I love to watch parents doting over their newborn child. But our freedoms are in danger, grave danger.”

Starnes delivers the unvarnished truth. He writes, “The truth is, our nation is under attack and the enemy lives among us. They have already overrun our public school system and judicial system and now they are infiltrating our church houses.”

According to Starnes, “Recently, Barna Research released a study showing that half of American pastors worry they will offend someone if they preach a message about a controversial issue. In other words, good men have done nothing and evil has triumphed.”

Other Southern Baptist leaders are trying to push Christians to be non-partisan.

What a joke. Christians (of the Bible-believing variety) will always be Republican as long as the Democratic Party kills babies.

It is as simple as that. And any Christian leader who normalizes Democrats or votes for a Democrat should be placed under church discipline.

Plus, Democrats hate Christians. As Starnes reports, “In 2012, Democrats removed God from their party platform.17 And in 2016, delegates heckled a preacher attempting to deliver a prayer during the national convention.”

Starnes marshals countless examples of the Democrats’ assault on Christianity. He wrote, “William Penn’s gift to America was freedom of religion, the right to practice one’s faith in the public marketplace. ‘All Persons who also profess to believe in Jesus Christ, the Savior of the World, shall be capable…to serve this Government in any Capacity,’ the Charter of Privileges declared. Nearly 318 years later, that fundamental bedrock of the Commonwealth of Pennsylvania has all but crumbled. And the statehouse has now become a place where those who profess Jesus Christ face public rebuke.”

And the point of this assault is to destroy both the church and nation. Example after example of Leftist assault on prayer, Liberty University, and even Christian music are provided.  Starnes points out it even happens in Alabama as one local school stopped pre-game prayers to please the godless secularists.

It is time to wake up, according to the book: “Horowitz said it’s time for the sleeping Christians of the nation to wake up and face the reality of the situation—the leftist assault on Christianity is an assault on America itself.”

And Starnes eloquently sketches out the stakes. “On Election Day in 2020, Americans will stand at a crossroad. Do we cling to freedom and liberty, or do we surrender the Republic to the socialists and secularists? Do we stand up for the First Amendment or do we allow ourselves to be silenced? Do we defend the right to bear arms or will we stand down and allow ourselves to be disarmed? Do we stand up for the unborn or do we turn a blind eye to a modern-day Holocaust?”

Christians and conservatives, there are two books you must read this Fall: Todd Starnes’ Culture Jihad: How to Stop the Left from Killing a Nation and Mark David Hall’s Did America Have a Christian Founding?: Separating Modern Myth from Historical Truth. Starnes’ book Culture Jihad released today. Hall’s book releases Oct. 29. I’ve read the first three chapters of Hall’s work. It is excellent. It refutes the progressive lies about the Founding Fathers and the role of Christendom in shaping America. If you are a conservative Christian, then both are critical works. Both will prepare you for the political and historical fights we face.

Starnes outlines the stakes. If you are Southern Baptist then listen to him and not the weak denominational leaders who think it “great” to vote for Democrats.

3 thoughts on “Review: Culture Jihad is a book Southern Baptists must read before the 2020 Election”