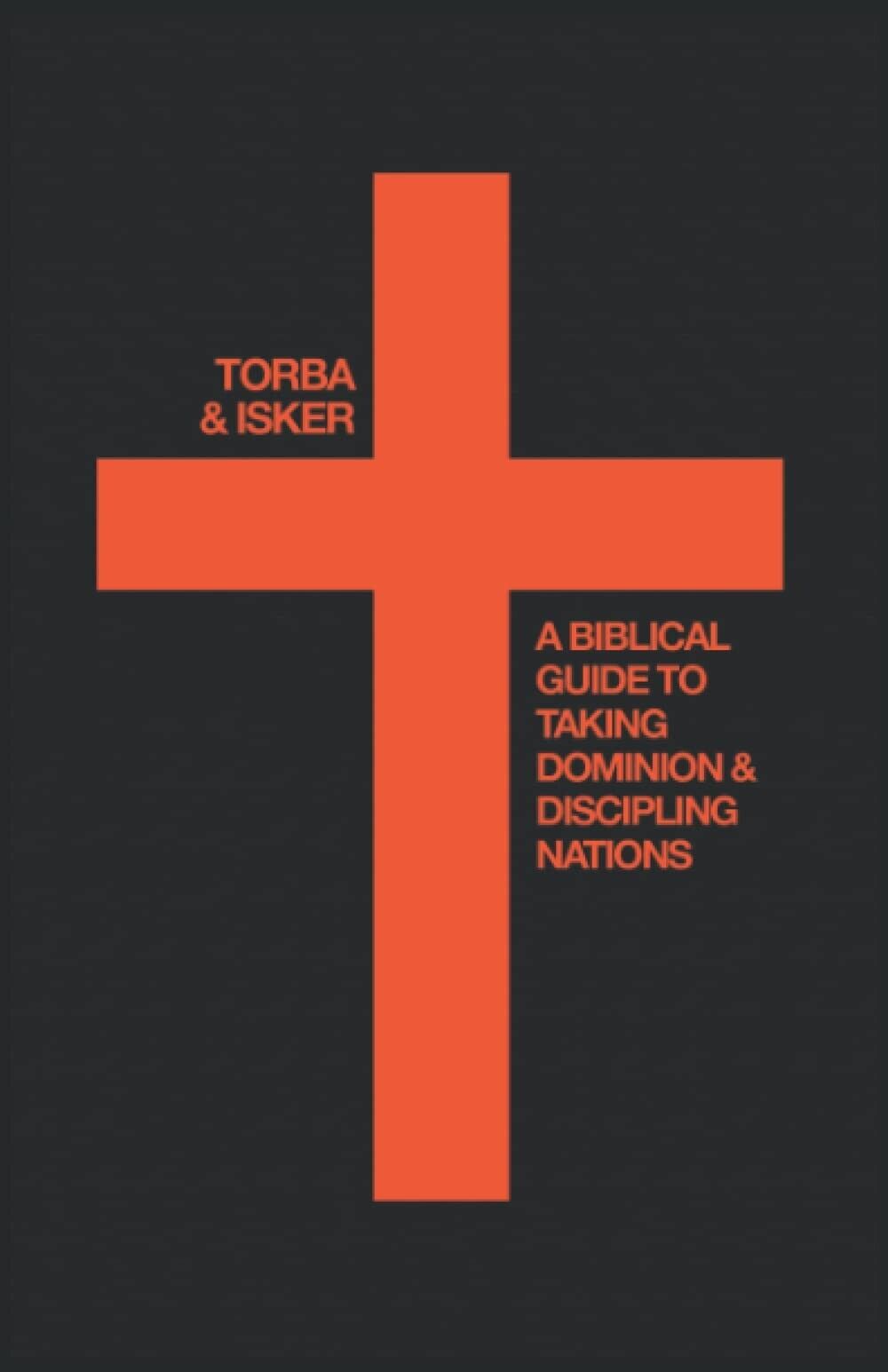 A review of Christian Nationalism: A Biblical Guide To Taking Dominion And Discipling Nations by Andrew Torba and Andrew Isker.

Elites hate this book. That’s why I read it.

I had it on my list of things to do. However, I knew that right now was the time when friends shared tweets by a professor triggered that not only was Christian Nationalism now being promoted in print—but that this new book was outselling the anti-Christian Nationalism scholars! Poor Elites.

A few general points about this book. It is simple. It isn’t going to bore the reader with extended treatments of things that the reader likely already accepts. Instead, it is going to provide a few general principles and then move toward application of those principles.

That is not necessarily a bad thing. After all, not everyone wants an excursus on the Westphalian roots of modern nationalism nor the Tower of Babel’s role in Christian understandings of the nation. For these types of discussions, there are other options like the forthcoming book by Dr. Stephen Wolfe set for release November 1, 2022, The Case for Christian Nationalism—Dr. Wolfe’s book weighs in at 486 pages. Torba and Isker penned a book that comes in at about 89 pages. This makes for an easy read—and I did it in a few hours with my loud (sometimes very loud) autistic son in the room.

I even live tweeted my reactions as I read through the book. It was fun and the Twitter thread was probably my longest ever weighing in at 62 tweets.

Torba and Isker want you to get your hands dirty. They want you to build like our forefathers built Christendom. Their preference is to build Christian systems outside the current ecosystems like say Gab. They also want a totally Christian movement that no longer has room for the effeminate Big Eva type leaders—you know, the ones like Russell Moore (though Moore is never directly named in the book, you know that he is the type of leader disdained by the authors.)

There are many great quotes and thoughts in the book.

A great example that is sure to trigger liberals, leftists, feminists, and Big Eva leads off chapter 3: “Men are men. Women are women. A man cannot become a woman. A woman cannot become a man. Men are better at some things than women. Women are better at some things than men. Marriage is between a man and a woman. We should not kill babies. Children should not be exploited or abused. Men should protect and provide for the family. Women should nurture and care for the family” (p. 34).

One that deserves careful attention argues that obedient Christians are necessarily Christian Nationalists.

This echoes something we wrote in 2020. We argued, “Christian Nationalism is God’s preferred system of government in the present world until Christ returns and subjects all powers to Himself. This is important: in our present age, we have two choices of government available to us: the national or the imperial. The national is the moral and thereby Christian choice. History shows there are two only two forms of government: national or supranational, historically known as imperial. There are no other types. There is either government that recognizes every people have a right to self-determination or the government rejects that principle and believes it has a right to rule over peoples without their consent.”

In a 2019 essay, Nationalism is not a Sin, we outlined a few key things to know about Nationalism and why Christians should be nationalists—namely, that limited states serve God’s salvific plan.

Why are limited states part of God’s plan? We addressed that in a 2021 essay, The Christian case for the nation-state: Why nation-states matter; Or, a Biblical, theological, and historical case against empire & globalism. The Tower of Babel provides a definitive example here with God’s explicit words recorded saying that man would be too powerful were a unified people allowed to rule. This seems particularly important as we enter the Age of AI and Central Bank Digital Currencies as new tools of control.

One thing that will cause some conservatives pause is the assertion in Christian Nationalism: A Biblical Guide To Taking Dominion And Discipling Nations that Christians are integralists.

“Christians are integralists not theocrats, in that we have always favored two separate institutions, one for religion (the church) and one for government (the state),” (p. 11).

For example, Michael O’Fallon of Sovereign Nations is staking out an anti-integralist platform. In his view, integralism of Catholic or Protestant varieties would lead toward tyranny and the erosion of the personal liberty necessary for true faith to flourish.

O’Fallon has taken aim at how dangerous it is to create a powerful state—even if it appears Christian because, well, we’ve all witnessed what Big Eva has done.

That is a fair point. However, Torba and Isker are careful to champion liberty in their view as something fundamental to how Christians must create a Christian government. They promote secularity as opposed to secularism and spend a chapter on promoting free speech. Yet, this balance of creating a state powerful enough to protect its people and limited enough to ensure liberty is a puzzle that remains unsolved—and it was the puzzle that the Founders attempted to solve via the Constitution.

Again, this will be a significant area of debate for conservatives as the movement grapples with the collapse of the Cold War consensus.

Another element that is going to cause tension among conservative Christians is both the need for a gracious, ecumenical approach to politics and the inevitable assertions of specific theological commitments to bolster Christian Nationalism.

For example, this is a great quote from the book on uniting to defeat the antichrist.

“We are thankful to our Protestant, Catholic, and Orthodox brothers and sisters who have inspired us to publish this book. We recognize and respect one another’s differences and unite in our shared love of Jesus Christ our King. We realize that we have a shared enemy of competing antichrist worldviews that hate our King” (p. 71).

Contrast this with some of the inherently theologically charged views advanced by Torba and Isker like Supersessionism or Replacement Theology (see Chapter 4), and the eschatological attack on premillennial dispensationalism.

They argue, “Darby’s and Scofield’s new theology grew to gain widespread acceptance among evangelicals throughout the 20th Century. At the same time, the church’s influence on society and culture began to rapidly decline.”

Is it so clear?

This seems questionable as the decline in denominations was most pronounced among non-dispensationalist friendly ones in the US. Ultimately, the surge of the Moral Majority (founded by a premillennial dispensationalist) led to the election of Ronald Reagan and created the foundation that overturned Roe v. Wade.

A close examination is going to find that throughout history, while dispensationalists have a pessimistic view of the arc of history until Christ’s return—they still are involved. Read The Sword of the Lord during the 1930s and you’ll see dispensationalists focused on the evil of FDR’s repeal of Prohibition. Those same dispensationalists were ardent to defend the US during World War II, and were fervent Cold Warriors arrayed against the Evil Empire.

Eschatology matters but perhaps it was never the key influence on politics for most Christians. Rarely does one’s view of the imminence of Christ’s return lead to ignoring present realities. For example, a parent will work to build a better future for one’s children regardless of their view of the Parousia. (Yes, there are examples like the IMB’s reckless spending because Christ’s return was near approach to stewardship in the early 2000s.)

Ultimately, Torba and Isker do a great service in making Christian Nationalism accessible to the masses and showing how it fits into historic Christianity. The book advances our conversation and sounds the right notes of defiance against leftist tyranny and unity among all good men willing to fight the antichrists of our time.

Maybe that is why Evangelical Elites hate this book so much?