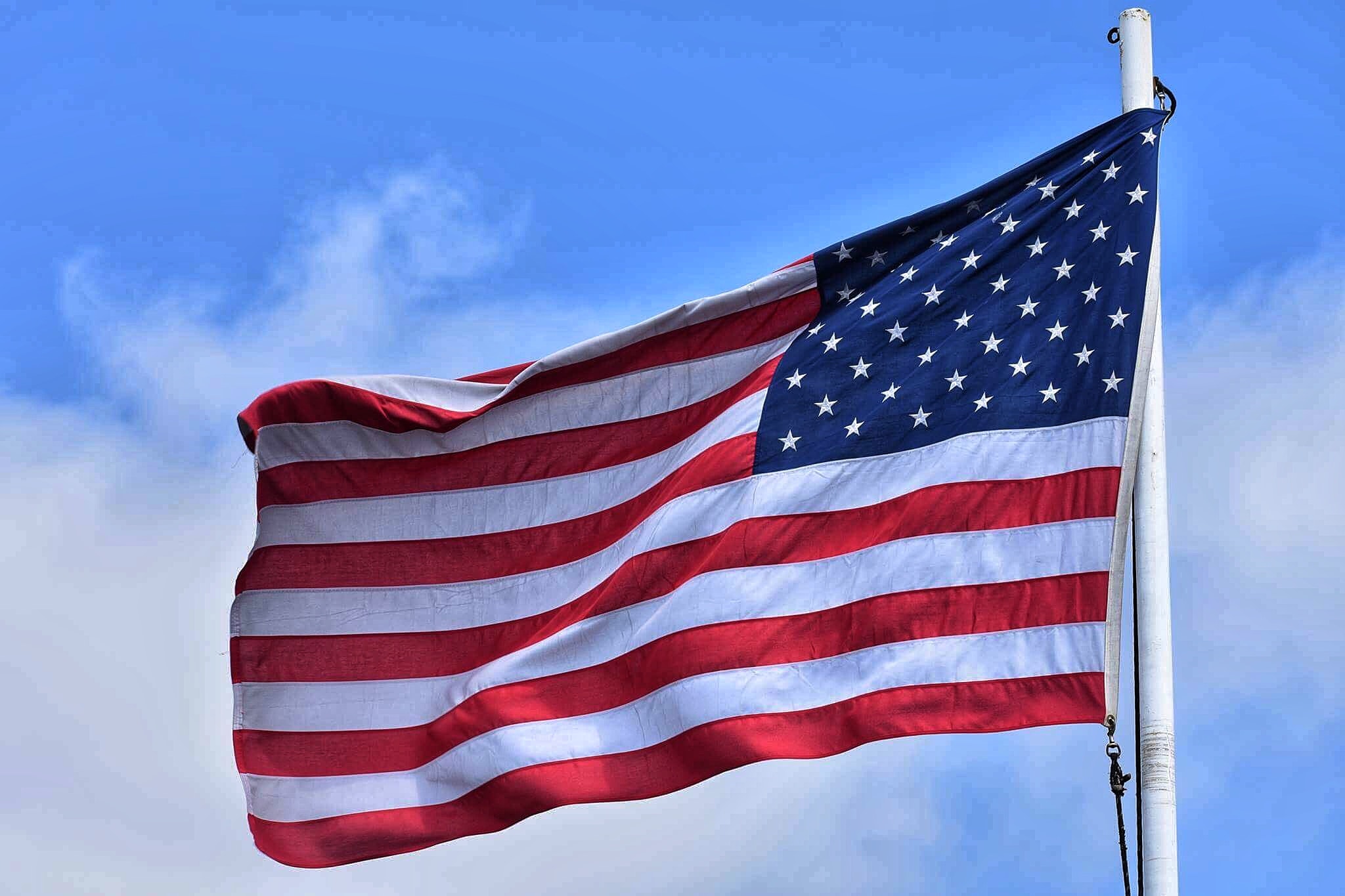 Christian Nationalism is not heresy as some Southern Baptist and Evangelical Elites claim. Rather, Christian Nationalism is God’s preferred system in the present world until Christ returns and subjects all powers to Himself. This is important: in our present age, we have two choices of government available to us: the national or the imperial. The national is the moral and thereby Christian choice.

History shows there are two only two forms of government: national or supranational, historically known as imperial. There are no other types. There is either government that recognizes every people have a right to self-determination or the government rejects that principle and believes it has a right to rule over peoples without their consent.

Which of those two models most closely correlates with the biblical data?

Or, put another way, which model, imperial or national fits God’s will?

Let us stipulate that God uses both. He used the empires of Alexander and later Rome to prepare the way for the spread of Christianity. God used the empires of Babylon and Persia in dealing with Israel. The example of the Old Testament shows God created nations based on language at the scattering of the Tower of Babel. Further, God showed unique interest in Israel

However, to say that God uses both is not to say both forms are equally just or meet with God’s approval.

The Bible does not provide a detailed political guide. Rather, it teaches by analogy. We learn lessons like that autocratic systems are dangerous and evil in passages like I Samuel 8:10-22 or the actions of Pharaoh, etc.

Contrary to the autocratic and centralized powers of imperialism, the Bible promotes the local and national as protectors of the people. This seems like a better form of government than the historical and biblical examples of abusive, transnational powers.

So, what is nationalism?

Evangelical Elites like to exploit the popular (liberal/progressive academic) view that nationalism is bad. They use a negative definition of nationalism or often do not even bother to define it. This creates significant confusion.

It is best to define the term to avoid this type of intentional deception. One of the best ways to understand nationalism and patriotism comes from Rich Lowry.

Lowry writes, “Whereas patriotism is loyalty to what is your own, particularly your own people and government, nationalism is more specific, namely, as the scholar Azar Gat writes, ‘the doctrine and ideology that a people is bound together in solidarity, fate, and common political aspirations.’”

Modern conservative scholars utilize this view of nationalism based on self-determination. Yoram Hazony writes, “The nationalism I grew up with is a principled standpoint that regards the world as governed best when nations are able to chart their own independent course, cultivating their own traditions and pursuing their own interests without interference.”

It seems reasonable that every people ought to be able to govern themselves according to their own institutions and customs.

Thus, a Christian Nationalist would apply these moral teachings to both domestic and international policy. This would be a good thing for foreign policy as a Christian must recognize the rights of all peoples and nations to pursue their own interests and promote their own welfare.

But, what of the Christian’s obligations to others beyond the national border?

This is a good question. It is best answered with another question: Does your Christianity absolve you of your duties to your family?

Paul provides an answer of that in I Timothy 5:8, “But if anyone does not provide for his relatives, and especially for members of his household, he has denied the faith and is worse than an unbeliever.” And in I Corinthians 7:13, “If any woman has a husband who is an unbeliever, and he consents to live with her, she should not divorce him.”

So, the bonds of duty and service are not dissolved with the Church. Rather, these duties take on new meaning for the Christian.

In fact, the Christian duty to the government is part of the Christian’s responsibility to love. As C.E.B. Cranfield points out about the Romans 13:1-7, “This passage is both preceded and followed by exhortations to love (12:9ff and 13:8-10), and it is no erratic boulder in its context. Since the state serves both ordinary temporal good of our fellow human beings and also their eternal salvation, the right service of the state is an integral part of our debt of love to our neighbors.”

And we have a greater responsibility to the neighbors closest to us rather than those far away. In fact, most Protestant and Catholic theology links the Fifth Commandments (Fourth for Catholics) to our civic duties. According to Kevin DeYoung, “Most Christians have understood the fifth commandment to be about honoring not only your parents, but all those in authority over you. Moreover, Jesus shows it’s possible to honor God and honor Caesar…The church is not the state and the state is not God, but this does not mean the church must always be against the state. In general, then, it’s possible to be a good Christian and a good American, or a good Ghanaian or a good Korean. Patriotism is not bad. Singing your national anthem and getting choked up is not bad. Allegiance to God and allegiance to your country do not have to be at odds.”

This is true. Christians of both Protestant and Catholic thinking teach the importance of the nation as part of God’s plan and order for our lives.

James Ussher in Body of Divinity writes, “The meaning (of the fifth commandment is) Civil, or Ecclesiastical, and with whatever relations, be duly acknowledged and respected. For it requires the performance of all such Duties as (are fittingly) owed unto another, by some particular bond in regard of special callings and differences, which God made between special Persons” (p. 229-230).

And such teaching is not novel among Protestants. Thomas Aquinas explained in Summa Theologica, “Man becomes a debtor to other men in various ways, according to their various excellence and the various benefits received from them. On both counts God holds first place, for He is supremely excellent, and is for us the first principle of being and government. On the second place, the principles of our being and government are our parents and our country that have given us birth and nourishment. Consequently man is debtor chiefly to his parents and his country, after God. Wherefore, just as it belongs to religion to give worship to God, so does it belong to piety, in the second place, to give worship to one’s parents and one’s country.”

And if you’ll permit this Baptist to quote a modern Catholic, John Paul II said, “If we ask where patriotism appears in the Decalogue, the reply comes without hesitation: it is covered by the Fourth Commandment, which obliges us to honour our father and mother.”

Further, a great deal can be said about God’s plan being tied to nations. God created them (at Babel), and the Apostle tells us that God sets their limits and times (Acts 17:26). Further, nations serve both a soteriological purpose, God used Israel for this, and an eschatological purpose, the diversity of worship shows the universality of Christ (Rev. 7:9). Of course, one should notice that it is the very diversity highlighted here and not some amalgamated non-ethnic, non-national multitude.

We should reckon this as part of God’s design and ordered plan.

Aleksandr Solzhenitsyn in his 1972 Nobel Price Lecture said, “It has lately been fashionable to speak of the leveling of nations, of the disappearance of individual peoples in the melting pot of modern civilization. I disagree, but a discussion of this problem would be a theme in itself. It is here appropriate to say only that the disappearance of nations would impoverish us not less than if all men should become alike, with one personality and one face. Nations are the wealth of mankind, its generalized personalities; the least among them has its own unique coloration and harbors within itself a unique facet of God’s design.”

Those Evangelical Elites attacking nationalism are functional gnostics. They are denying the reality of your duties that arise out of God’s sovereign creative act—namely, making us Body and Soul and not soul alone.

Since God created us in time and space, it is reasonable to admit to duties arising out of our physical realities. Unless our Evangelical Elites wish to destroy our duties to family, they cannot destroy our duty to the nation. For, it is within the very Ten Commandments and the teachings of the Apostles that we find the foundation of our duties to our nation.

And if we look close enough, we will see not only nationalism in the Bible but that applying Christian principles to the nation-state is the safest and best way to promote the good of all people around the world.