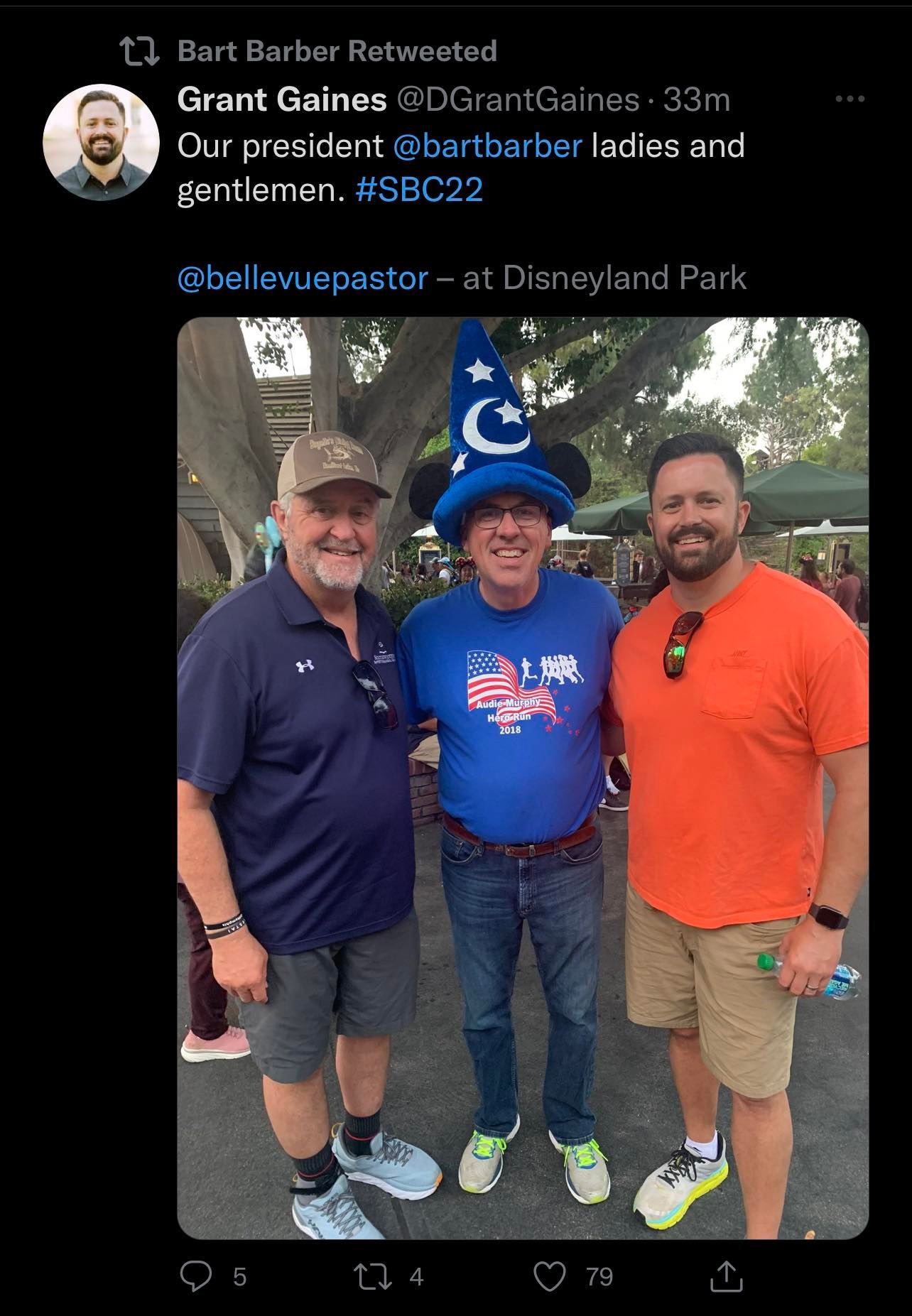 In case you forgot, Walt Disney Corporation executives admitted the company was grooming children, as the Federalist detailed.

The radical Leftists started with Critical Race Theory (CRT), advanced to the issue of women pastors (still on-going battle), and are now open about working with and celebrating Pro-LGBTQ partners.

The new SBC lawyers work for a radical Pro-LGBTQ law firm that celebrates Pride Month with the passion that only a few Christians celebrate Advent.

Guidepost Solutions is a radical Pro-LGBTQ company and while many state conventions and pew-sitting Southern Baptists were furious at that—SBC Elites shrugged and said they did not care. They’d let the sexual ideologues redefine SBC polity and theology.

The bitter fruits of CRT and worldliness are at work in the SBC.

As we reported yesterday, way back in 2019 the Southern Baptist Convention’s Credentials Committee had a fierce internal debate over expulsion of a gay-affirming church. The Georgia church had amended its bylaws to allow practicing LGBTQ persons full membership and participation in the church. What was described as an open and shut case proved to be anything but. It was a struggle as one member worried it would be seen as gay bashing and harm the SBC’s church planting and another called it a “slippery slope.” In any case, SBC Elites and those Elites handpick to serve on important committees are not as orthodox as one might expect.

Contrast the SBC’s decisions to give money to Woke corporations with what Tom Ascol said: Stop Giving Money To people who want to pervert our children.

There are two paths open for the Southern Baptist Convention—and SBC Elites are making clear they intend to pitch their tent toward Sodom and attempt to live as winsomely as possible among the cities o the plain.

God have mercy on the Southern Baptist Convention!