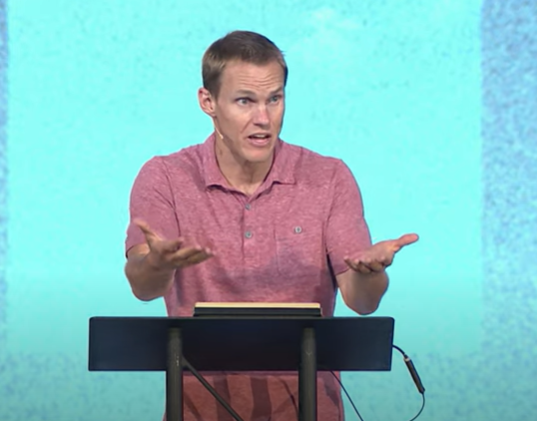 Stunning insult to MBC members and leaders contained in 2019 PowerPoint by David Platt and Dave Young.

According to a presentation made to MBC Elders in 2019 Platt and Young claimed, “PROBLEM:  Devoted Christians skip over MBC and go to other churches (Sterling Park Baptist, CHBC, Restoration, Redeemer Arlington, Sojourn).”

The Capstone Report confirmed the authenticity of the PowerPoint with current and former MBC staff. See slide image highlighting problems and solutions. Note, all solutions increased Platt’s power and control while reducing the authority of church elders.

This is a stunning assertion. It reveals what David Platt thinks about MBC members. It is a stunning claim about who attends McLean Bible Church.

Likewise, it is interesting to see the churches David Platt and Dave Young hold up for approval. Two churches jump out from the list.

CHBC likely stands for Capitol Hill Baptist Church. This is Mark Dever’s church. Dever is another member of The Gospel Coalition. TGC is a well-known as a Woke organization.

Sojourn appears to promote Woke reading books like The Color of Compromise and Divided by Faith.

Dr. Voddie Baucham described The Color of Compromise as “a tour de force of CRT/I ideology, complete with a call for reparations.”

Also, Dr. Baucham explained how Mark Dever encouraged Platt to read Divided by Faith. It heavily influenced Platt’s Woke sermon at the T4G Conference. According to Dr. Baucham, “emphasis on the concept of America’s being ‘racialized,’” was important element of Platt’s T4G sermon.

As can be seen on the PowerPoint slide, this was one among several problems Platt and Young identified at MBC that required significant changes.

The Capstone Report was first to report that David Platt and the then Executive Pastor made this presentation to MBC Elders under threat that if Platt did not get his way, that Platt would leave the Washington, DC area megachurch.

Here is a slide explaining more of the powers Platt wanted MBC Elders to surrender to him and his handpicked team.

Notice that discipleship was a point of issue. Platt wanted more control.

Was Platt already planning his controversial and reckless pivot toward Wokeness?