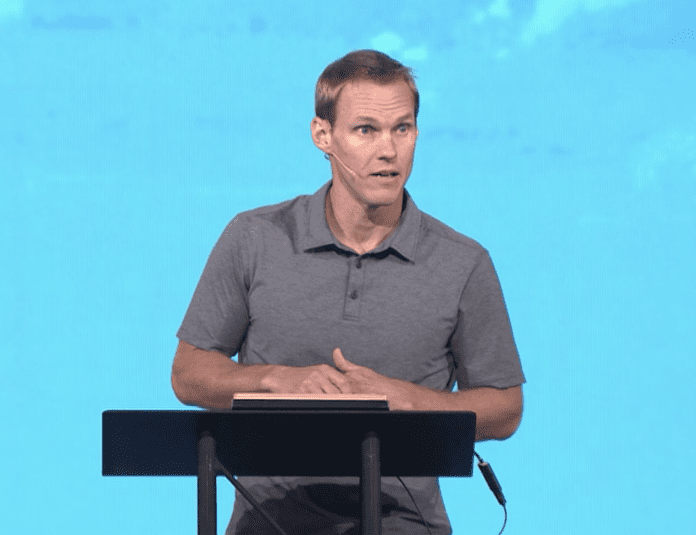 David Platt demanded McLean Bible Church elders defer to him and his leadership team or he would leave the church. This threat developed during a stormy 2019 that culminated in a 20-slide PowerPoint presentation outlining Platt’s demanded changes to MBC. Platt wanted Elders to reduce oversight and cede powers to him—powers that it never allowed longtime Pastor Lon Solomon.

David Platt was at war with doing church ‘Lon’s Way’

From the moment David Platt arrived at McLean Bible Church, he was in a battle to stop doing church “Lon’s Way” and start doing church “David’s Way,” as it was described in a 2019 PowerPoint presentation. The PowerPoint was prepared by Dave Young, then executive pastor, and David Platt for presentation to the Elders. It argued for increasing Platt’s power and reducing the role of elders.

The basic point: Either McLean Bible Church submitted to David Platt’s radical demands for more power or Platt would leave the Washington, DC area megachurch. The Capstone Report confirmed with sources inside MBC that this threat was made clear to church staff and elders.

Platt chaffed at ordinary oversight, according to sources familiar with elder board deliberations. Under Lon Solomon, the senior pastor’s report would last about an hour covering a range of issues like personnel to ministry triumphs or ministry challenges. Under Platt, the reports were five or ten minutes and rarely covered anything of substance.

“He might tell us, ‘Well, I’m flying to Africa this week,’” said one former MBC staff member with knowledge of Elders’ board meetings.

Repeatedly during Platt’s tenure as pastor, he cut elders out of the loop on important personnel issues and doctrinal matters. Even Platt’s controversial book on voting saw Platt informing but not consulting elders.

At one point during a meeting, Platt said of the elder oversight board, “I don’t care for it. I don’t like it.” Multiple people present at elder board meetings verified this sentiment from Platt.

When David Platt and Dave Young presented the PowerPoint to the Elders, the focus was “taking the church in a new direction.”

One glaring example was in the area of church discipline. Platt sought to totally remove the Elders from the process and replace it with a far more autocratic system.

According to Slide 3 of the presentation, “Decide how to discipline members on level 1-2 (rebuke… restriction from a serving role and/or church group).”

But, Platt wanted fully centralized discretionary power that would include even excommunication. However, Platt and Young grudgingly admitted that would likely not be possible.

They said of church discipline on Slide 3, “Not ideal, but perhaps level 3 (excommunication) requires elder approval.”

Such centralization of church discipline is clearly unbiblical. The process of church discipline, particularly the highest levels, requires not only the elders but the church body itself. Most congregational churches place membership decisions to a church vote. McLean Bible Church invests the Elders with the responsibility to discipline members and regular attenders.

The MBC Constitution Article V, Section 6 details Discipline, “Purity of doctrine and conduct is the Lord’s positive expectation of His Church, and lack of it defiles and weakens any church. Therefore, members of this Church who shall endorse doctrinal positions in disagreement with the doctrinal statement of McLean Bible Church (Article II), or shall engage in conduct that is a reproach to Christ and a derogatory reflection upon the reputation of His Church, shall be publicly dismissed from the Church fellowship (Matthew 18:15-18). Upon repentance and demonstration of the fruit of repentance (Luke 3:8a), an erring member shall be joyfully restored to fellowship (2 Corinthians 2:5-11). The church shall be responsible for the discipline of regular attendees as well as formal members.”

The church delegated discipline to the Elders later in the Constitution.

According to the MBC Constitution Article VI, Section 5, Clause H, the Elder Board is tasked with “Providing for the discipline of erring members and their reconciliation upon repentance.”

According to one source on church discipline favored by Reformed Baptists, “If the intervention of the two or three does not admit of a solution, the offended party is then instructed to tell it to the church (Matt. 18:17a). In my own congregation, this is typically done through the elders, since the Lord has given the church elders to provide oversight in all the church’s affairs (1 Tim. 5:17; Heb. 13:17; 1 Peter 5:2).”