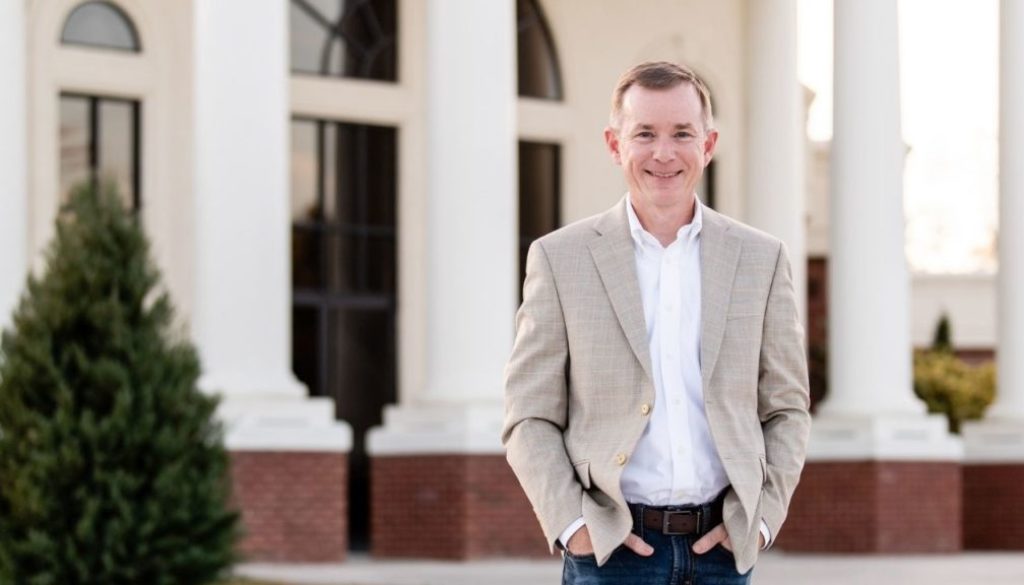 Mike Stone attributes turnout to interest by grassroots Southern Baptists to push back against the Woke Elites.

Todd Starnes: SBC Annual Meeting in Nashville is ‘Fight for soul of Southern Baptist Convention between those Woke Christians and evangelical Christians who want to do what the Bible says.’

Mike Stone is sex abuse survivor accused of covering up sex abuse as Democrats engage in gutter attacks before election.

Turnout is expected to be the highest for an SBC Annual Meeting since 1995. The pre-registrations are already over 16,000 messengers. Stone said he believes turnout could hit 18,000-20,000 messengers—numbers that would be double the turnout for the 2018 SBC meeting in Dallas where J.D. Greear was elected SBC President.

Stone said the turnout is rank-and-file conservative Southern Baptists ready to fight to save the SBC from the Woke Elite.

“The top two leaders at the Ethics and Religious Liberty Commission have left their post in the last year and both of them have acted in absolutely UN-ethical ways,” Stone said.

The specific allegation is that Mike Stone stonewalled efforts to address sex abuse in the SBC.

“I find that to be a very offensive and egregious accusation in part because I, myself, am a survivor of sex abuse as a child,” Stone said.

“The reason they are accusing me of trying to stall care and ministry to sex abuse victims is because I just personally believe that there was a better plan and better process,” Stone said.

Stone said the attacks on him are the result of Elites in the Southern Baptist Convention fearful of the grassroots reform effort underway.

Stone said the “leaked” Russell Moore letters are in fact “backdoor press releases” that were written with the intention of being released to the friendly mainstream press. “They were never intended to be private correspondence,” Stone said.

Stone broadened his attack on Russell Moore’s campaign trick by pointing out that if we believe Moore—then the Ethicist sat on explosive information about sex abuse for 17 months!

“If we take Russell’s press release (the leaked letter) at face value, then as early as February 2020, he believed that he had incendiary information about Southern Baptist leaders covering up sexual abuse in our congregations and for 17 months the lead Ethicist of the Southern Baptist Convention did nothing about it, while he was publishing a book called The Courage to Stand, ” Stone said.

Another important observation by Stone is that this release comes just days before the SBC elects a new President.

“If we take this letter at face value, there are only two options. That is, his accusations are true, and he knew about it and his entire executive board knew about it because he sent a letter to them about it in February 2020. The only other option is that these allegations are not true. And, then we should ask, if they are not true, then we have to ask why did he release it now? I think it is because we are just a few days ahead of what I believe is a watershed, historic meeting of the Southern Baptist Convention,” Stone said.

Why does the ERLC have so many friends at the Washington Post?

Starnes asked Stone what he thought of the liberal Washington Post having so many sources inside the Ethics and Religious Liberty Commission. Stone’s response was perfect.

“I regularly preach that a man is known by his critics as well as by his friends,” Stone said.

Then Stone hit back with the truth.

Todd Starnes is right: “As goes the Southern Baptist Convention, so goes the nation.”

It is also the future of the Southern Baptist Convention.

If a status quo candidate like Ed Litton or Al Mohler are elected—nothing will change. Sure, the rhetoric will change, but the corrupt powerbrokers will remain in power.

Nashville is the last chance to save the SBC from its slide into wickedness. Progressives want to coopt the SBC because of its political brand (and the Devil wants to destroy the SBC because of its great mission history and infrastructure.) Therefore, fighting to save the SBC is important. It denies the Woke a tool they want to use to destroy Western Civilization and undermine the Church.

However, there will come a time to stop. If the wrong verdict is rendered in Nashville, it will likely be that time. New institutions must be built.