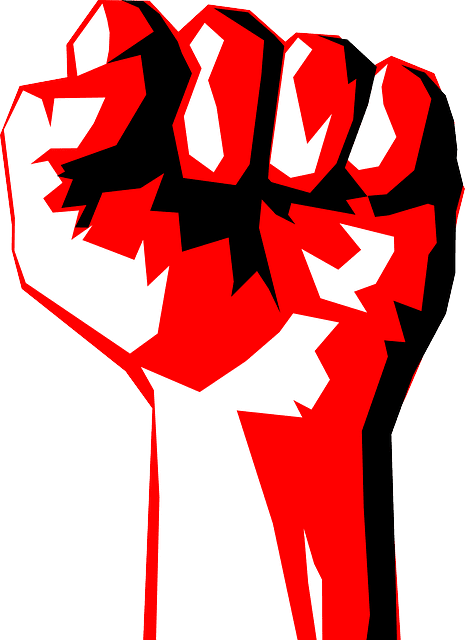 A Tale of Woke Woe at Two Southern Baptist Churches

In the old days, a Southern Baptist church might split over doctrine or sometimes whether to get cushions for the pews. In 2021, churches are splintering because of Woke pastors imposing autocratic decrees on Baptist churches accustomed to congregational rule.

Two churches located in what can only be called super zip codes—wealthy and influential areas—are facing exactly this: a church split caused by Woke pastors engaged in a culture war with their church membership. McLean Bible Church under Woke Social Justice Pastor David Platt is one example. Woke Pastor James Welch at First Baptist Church of Ft. Lauderdale is another.

The Woke embrace the narrative of systemic racism. These Woke pastors like David Platt and James Welch imply that disparate outcomes necessarily prove there is a systemic cause.

James Welch is another Woke autocrat.

It is like how Russell Moore is a lifelong Democrat and brought nothing but turmoil and division to the Southern Baptist Convention.

In fact, most of the current drama in SBC life is directly traceable to SBC Elites tolerating the inclusion of a Democrat in the camp.

The sermon also contained a list of things Welch alleged happened to people in his childhood home of Hayti, Missouri. This list of racially motivated wrongs included: “His African-American friends were routinely stopped by the police and arrested for the slightest infraction; he was never stopped or cited despite his ‘misdemeanoring’ youth.”

Welch’s woke Democrat past is only one complaint. His autocratic rule is what most irks current and former members.

As we reported, David Platt’s Social Justice Theology is killing McLean Bible Church. The Woke takeover of McLean is almost total at this point and it is sending thousands of church goers scrambling to new churches.

Complaints about Platt’s Theology of Social Justice reached its highpoint last summer when the church began a course on justice and race.

Platt publicly declared his rejection of Critical Race Theory; however, church staff pointed out that Platt’s discipleship course The Gospel, the Church, Justice and Race made use of secular sociological works “that promote CRT.” Also, CRT-inspired terminology is constantly used at McLean Bible Church.

This syncretism of CRT with biblical concepts of justice is the next phase of the Social Justice movement in the church. It is the dialectical process at work. To better understand this, you should watch this video.

However, there are other issues with Platt that McLean staff and insiders say are harming the church. Specifically, Platt ignores the congregational governance and makes decisions unilaterally.

At McLean Bible Church, David Platt and top church leaders have circumvented church bylaws to elevate Mike Kelsey to the position of Lead Pastor, Preaching and Culture. There was no congregational involvement in the promotion of someone described by MBC insiders as “an activist first and pastor second.” The failure to follow proper process outraged many church members and staff.

Similarly, church staff and members were alarmed at David Platt pushing his social justice theology through the course The Gospel, the Church, Justice and Race. Insiders told the Capstone Report that they were upset Platt did not communicate his intention to take the church down the Woke path before being named pastor.

Many of these same complaints arise at FBC Ft. Lauderdale. Welch is accused by current and former members of ruling through church trustees. Welch in the name of the church through the trustees excommunicated hundreds of members who were complaining about his lack of accountability.

Members of FBC Ft. Lauderdale say the wholesale removal of church members was not only wrong but a power grab by Welch and his supporters to maintain their grip on power.

This decline will continue to happen as Critical Race Theory and Intersectionality spread within conservative evangelical churches. Church splits are inevitable.

It is why that it is now more important than ever to educate yourself and prepare to fight for your church.

You can no longer leave the fight to others. The future is at stake. As evangelical churches go, so goes the United States of America.

If we fail to preserve the church, our liberties will die with it.

The Church is in Danger.

What are you going to do about it?