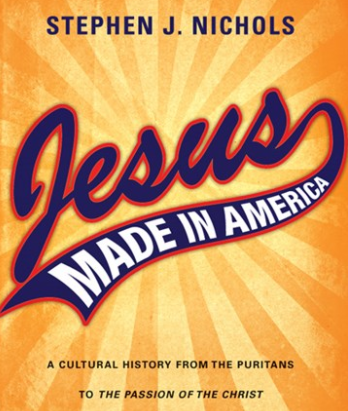 Change is in the air. More specifically, Revolution is in the air. Every institution of American society is sprinting leftward at a breakneck speed. The Church is not immune to this trend. In fact, there are many Evangelical Elites working to remake the church into a politically effete institution—something acceptable to the Secular Elite. It will be done by a dialectical fusion or syncretism that renders the clear teachings of Scripture into something novel, something entirely different.

Interestingly, the model for destroying Evangelical political efficacy can be found in the pages of a 2008 book titled Jesus Made in America by Stephen Nichols. A close reading of Chapter 8, Jesus on the Right Wing: Christ and Politics in America spells out just how Evangelical Elites will neutralize the clear teachings of Scripture. Jesus will be transformed or syncretized into something non-threatening to progressive politics.

Nichols fills Chapter 8 with concepts that are now buzzwords among Evangelical Elites—“holistic politics” being one example. It is the precursor form of what has become among Evangelicals a demand that pro-life (anti-abortion) be combined with care after-birth. This is a holistic pro-life ethic. This is code for neutering effective Christian witness against abortion by loading the pro-life position with womb-to-the-tomb social programs. (See Russell Moore for an illustration of how this expanded definition of pro-life spreads.)

This chapter of Nichols’ book places Jesus on the political spectrum somewhere between the contemporary American political parties. In Nichols’ view, Jesus and Christianity represent a fusion of the best parts of the right and left.

However, what justifies Nichols’ implicit assumption that Leftist-progressive-liberal political programs are better for the poor?

As Nichols repeatedly says in Chapter 8 of Jesus Made in America, the Right is dedicated to the “free market” (and he uses this with an implicit tut-tut.) One example of this is how Nichols describes James Dobson, the founder of Focus on the Family.

“Dobson has situated himself as a Republican publican Party…while stressing family values, appears to some to be too closely connected to fiscal conservatism,” Nichols writes.

This is then contrasted with the economic beliefs of Leftist Christians like Jim Wallis, the notorious leader of Sojourners. Nichols recounts how Wallis is alarmed by the conservative, free market economic beliefs of modern American Evangelicals. In contrast, Leftists care for the poor.

This is the typical Leftist Evangelical trope: Jesus cares about the poor and those rich, mean Republicans only care about tax cuts. Thus, you cannot be a Christian and a Republican. This is the unmistakable point of the chapter.

It is hogwash. The data is clear: conservative economics is the friend of the poor and the rich. The free market is the best way to help people out of poverty. With the expansion of economic liberty following the end of World War II and the Cold War, more people were lifted out of poverty than ever. As Mises writes, The Data is Clear: Free Markets Reduce Poverty.

However, Nichols stresses the new Social Justice term of equity. “Thinking of our political engagement from a platform of common morality stresses justice and fairness, which went by the term equity in the history of political philosophy,” Nichols writes.

While technically true, the term today has nothing to do with justice or fairness. It is all about forcing equal outcomes and penalizing success. (You have probably heard it in relation to economic equity and health equity in the last few years. Equity is not equality.)

This is important: Equality of opportunity is replaced by a focus on leveling outcomes. Thus, excellence must be punished and success restrained lest it become excessive—with Leftists happily defining excessive in their own, idiosyncratic way.

“Economic issues also literally drive Jim Wallis’s criticism of the religious right,” Nichols writes. He proceeds to promote Jim Wallis’s own self-perception as a prophet to modern Evangelicalism. The lionization of the George Soros-funded and progressive Christian Wallis stands in stark contrast to the snarky dismissals of Jerry Falwell, Richard Land, Pat Robertson, and James Dobson.

Nichols says specifically of Dobson “All this to say, Dobson and the Focus on the Family Empire put a lot of stock in elections.”

As if somehow caring about politics is a bad thing. Dobson gets special and repeated attention in the chapter.

The chapter then celebrates Jim Wallis. Hardly shocking since Nichols wrote articles for the leftwing fanatics at Sojourners. Of course, the Cancel Culture has now arisen at Sojourners and even targeted leftists like Wallis. (Something like what happened to Wallis is a parable about how every useful idiot to radical Leftists will eventually be problematized, ousted and in time re-educated.)

Wallis was one of the rented Evangelicals. Wallis received funding from Democratic mega-donor George Soros. Then lied about it. Then later admitted that Soros indeed provided funding to Sojourners.

Not at Home in Any Party? Political Homelessness as a tool of control

Wallis “has a trouble finding a home” in church and politics, Nichols writes. Spinning what has become a popular trope that Christians should not feel welcomed by any political party.

Nichols writes in praise of Wallis, “He speaks of his own untimeliness, like the prophets. As an alternative to either an entrenched conservative or liberal religion, he holds to a prophetic spirituality, which in turn provides him with plenty of fodder for political engagement, which in turn he aims at greed, injustice, violence and poverty.”

Their crime? They view traditional moral values as integral to the mission of the state and work within politics to promote moral policies. That is the same thing Leftists Evangelicals do; however, they receive no such critique from popular culture or Nichols—which is instructive about the implicit bias and goal in the book.

In contrast is the pacifism of Anabaptists like John Howard Yoder—who earns praise in the chapter.

Nichols warns against the Church or Christians making political statements like the prophets of old.

“But it does deny the right to say, ‘Thus says the Lord of Hosts’ about the affairs of our nation,” Nichols writes.

Really? Why? Thus says the Lord of Hosts, “Abortion is murder.” Can we say that? Because, that’s the stance of the Church since the Didache.

Political quietism is an inevitable result of this type of pullback. And that is exactly what Nichols is urging. He writes, “Standing outside as a witness and a prophetic voice can be valuable for the church as it follows its mission.”

Is being outside possible?

This is a deep question of political theory that is beyond our scope; however, if we pare the question down a little we can pose it like this: Can an American citizen who has the responsibility of electing politicians be outside the political reality of partisan politics?

Since the individual Christian is the component of “the Church” can the church ever really be outside of politics?

And should it try to be?

Both are natural ties that create on us obligations. God put us in our nation and in our family. We have duties (by biblical command) to both. Neglecting our political duties would make the Christian a freeloader and worse than an infidel.

Nichols’ book is an attempt to place Jesus into a Third Way like Bill Clinton or Tony Blair; in other words, to place Christians synthetically between Right and Left.

We should resist the urge to find middle ground. As the great French historian Marc Bloch cautioned, “There are in the world scholars whose good nature has worn itself out in seeking a middle ground between antagonistic statements. They are like the little chap who, asked for the square of the number two, when one neighbor whispered, ‘four’ and the other ‘eight,’ thought he had hit the mark in answering ‘six.’”

And we see Nichols use the words Social Justice before it was cool. And he makes sure to let you know Jesus was not a Republican.

He writes, “That Christ may have been apolitical does not suggest that Christ was unengaged engaged in the issues of poverty, social justice, the upholding of human dignity and stewardship of creation.”

This is an interesting list. Why would Nichols mention these and leave out the more important biblical commandment prohibiting murder, specifically abortion?

Conclusion: The Roadmap for the Great Reset of the American Church

Nichols book laid out the roadmap for Evangelical Elites to silence the church on key political issues. It is the path utilized by many Evangelicals pushing the church Leftward.

For example, notice this Twitter thread found by Stephen Wolfe where a professor explains the church should focus on something nebulous like witness instead of specific moral-political imperatives—the point of the thread is the church must expand its politics beyond conservative issues and be outside of politics.

Notice the professor’s push to neuter the Christian as an effective political force, ie: the ability to elect politicians by eschewing partisanship. In this view, it would be wrong to prioritize political goals and work for great good with people we disagree with.

This is a roadmap to political failure.

It is also a path to destruction.

It fails to point out the anti-Christian character of one political party—The Democrats—and the existential threat that Democrats pose to life and religious liberty.

Also, it fails to point out that Leftist economic policies are the enemy of the poor and that conservative free market economics reduce poverty. If you doubt the stats that I linked to above from Mises, then take heed of the anecdotal evidence from Venezuela.

All of this is only the beginning. There will be more attempts to syncretize or in the words of Dr. Geisler hybridize Christianity with the new Woke worldview. And the process of rendering the church defenseless was laid out by Stephen Nichols way back in 2008.

And just so you know, Stephen J. Nichols is now a leader at Ligonier Ministries. Nichols is s chief academic officer and a Ligonier teaching fellow. And, you’ll enjoy what role he plays. According to the website, Nichols “helps to maintain the academic and theological integrity of the ministry.”