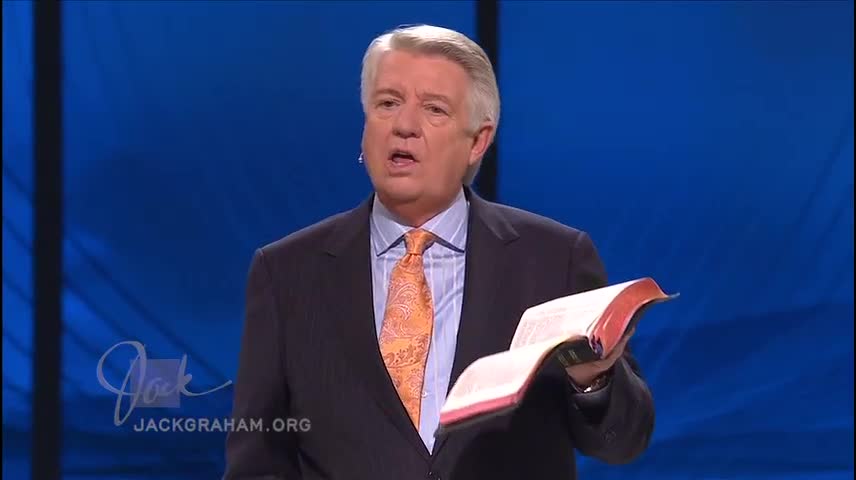 The Christian School ministry of noted conservative Southern Baptist Pastor Jack Graham has a diversity program that partners with the student organization Empower 7:9 of the Christian Educators Diversity Alliance (CEDA). The program prepares students to become community organizers fighting for inclusion and anti-racism, according to the program’s website. Prestonwood Christian Academy is a sponsor of this year’s CEDA event scheduled for Mt. Paran Christian Academy in Atlanta this June.

The purpose is to combat injustice and promote diversity along with the fighting for inclusion and spreading anti-racism.

The website states: “We have been empowered as students to recognize the part that we can play in combating injustice and promoting community diversity. Each of our respective schools functions with Christ at the center while equipping their students to lead lives of faith and leadership. Empower 7:9, now in its first official year, is our way of sharing this passion with other students from our communities by inviting them to learn and to contribute to the fight towards inclusion and anti-racism. This symposium seeks to tackle this conversation in three parts: acknowledgment, education, and application.”

This is the new Woke synthesis with Christianity. It is a dialectical mixture of both—a fusion that shifts the Christian emphasis to progressive political priorities like social justice, inclusion and diversity.

Pay special attention to the use of anti-racism. This is a term loaded with Social Justice freight. In fact, just like Antifa, it means the exact opposite of what it says.

As New Discourses explains Ibram X. Kendi advocates for anti-racism in his book How to be an Antiracist. According to the Woke, “The opposite of ‘racist’ isn’t ‘not racist.’ It is ‘anti-racist.’” Rather, “There is no in-between safe space of ‘not racist.’ The claim of ‘not racist’ neutrality is a mask for racism. This may seem harsh, but it’s important at the outset that we apply one of the core principles of antiracism, which is to return the word ‘racist’ itself back to its proper usage.”

New Discourses explains what acceptance of this view means: “Antiracism carries with it a commitment to accept the systemic definition for racism—i.e., that it exists immanently, always and everywhere, regardless of intent—even if there isn’t a single person who is racist in the usual understanding. The system itself can be ‘racist’ even if there are no racists within that system (see also, systemic power). An antiracist has the obligation of searching for instances of racism that confirm the systemic ‘reality’ of racism, internally, with others, and in society and its various forms of representation.”

Thus, anti-racist is someone working to overthrow the systemic racism of the present order and doing so through state-sponsored racism as championed by analytical tools it uses like Critical Race Theory.

So, if Christians are using this term, it is often out of ignorance of the true meaning.

Prestonwood Christian Academy is a ministry of Prestonwood Baptist Church, Plano, Texas. Prestonwood Baptist Church is pastored by legendary conservative Jack Graham. Graham is a former president of the Southern Baptist Convention and a vocal opponent of the progressive politics of ERLC head Russell Moore. He called out Russell Moore for spreading Democrat talking points on immigration and the border. Also, he was part of a group of Southern Baptists who expressed alarm at Russell Moore’s bad conduct during the 2016 Presidential Election—even escrowing Cooperative Program funds. Graham even chastised Christianity Today for its liberal politics.

So, the fact that a ministry of his church is promoting the new Wokeness—is depressing. In fact, it shows just how pervasive the ideas of Wokeness are within education including Christian education.

Even Prestonwood Christian Academy had a director of diversity—who co-authored this article promoting Diversity, Equity and Inclusion—buzzwords of the new Woke movement. The post, The Importance of Diversity, Equity, and Inclusion During a Pandemic, which argues for Equity and not Equality.  (Apparently, the director of diversity is now with Legacy Christian Academy in Frisco.)

And it all sounds caring and loving.

For example, “The need for equity is more important than ever. COVID-19 is not a respecter of persons, and much like God is not either, we have found ourselves at home isolated yet bonded by the same challenge. In order for us to properly provide equity to our students, especially now, we will need to operate through the lens of empathy and with a heart of compassion. Empathy will give us the ability to match resources to the individual needs of all our students which in turn will aid in their overall success. Lastly, showing compassion—just as our savior Jesus Christ did so many times for those in need—will fuel what we do when others say it is not worth it or not necessary.”

However, it is this thinking carried to its logical end that results in states like Virginia considering ending advanced math classes to foster, wait for it—Equity.

These words: Diversity, Equity and Inclusion are dangerous words. In fact, Dr. James Lindsay has an entire lecture on the very deceptive way that the Woke utilize these words to mislead Christians.

Many Christians have no idea how these words are utilized to indoctrinate into the new Woke-Christian hybrid. So, it is worth watching the above video and reading through New Discourses to familiarize yourself with these terms.

The Diversity page of the PCA website contains information on its program including this statement about the Trinity as a model of diversity.

According to the quote on the site from a PCA graduate, “The Trinity itself reflects diversity because each part of the Godhead is so different and serves a unique function yet comes together to make up the wholeness of our God. In the same way, we as individuals can be different whether that’s in our education, socioeconomic status, skin color, gender or the like, yet when we come together, we function beautifully in a way that brings honor and glory to God the Father, Son and Holy Spirit.”

All I can say is Good Grief. That does not sound like a great model of the Trinity. Is this the fruit of diversity training?

The Woke virus is everywhere in Christian education. As we reported, diversity and multiculturalism trainings are now offered by the Association of Christian Schools International (ACSI). This brings Woke indoctrination from our seminaries into K-12 Christian Day Schools.

Dr. Walter Strickland is a proponent of CRT and was on the SBC Resolutions Committee that approved the use of CRT as an “Analytical Tool.” Also, Dr. Strickland was quoted in the New York Times bragging about secretly indoctrinating Southern Baptists with the teachings of Liberation Theology heretic Dr. James Cone.

Diversity programs always start with the best of motives; however, it easily falls prey to the tug of Wokeness. This illustrates why Christian educators should away from terms promoted by secular education elites. It always comes with dangers. The Woke ideology is extremely dangerous to Christians. It easily hybridizes with our good intentions to create a new form of Christianity.

Only stopping it now can save our churches and schools.