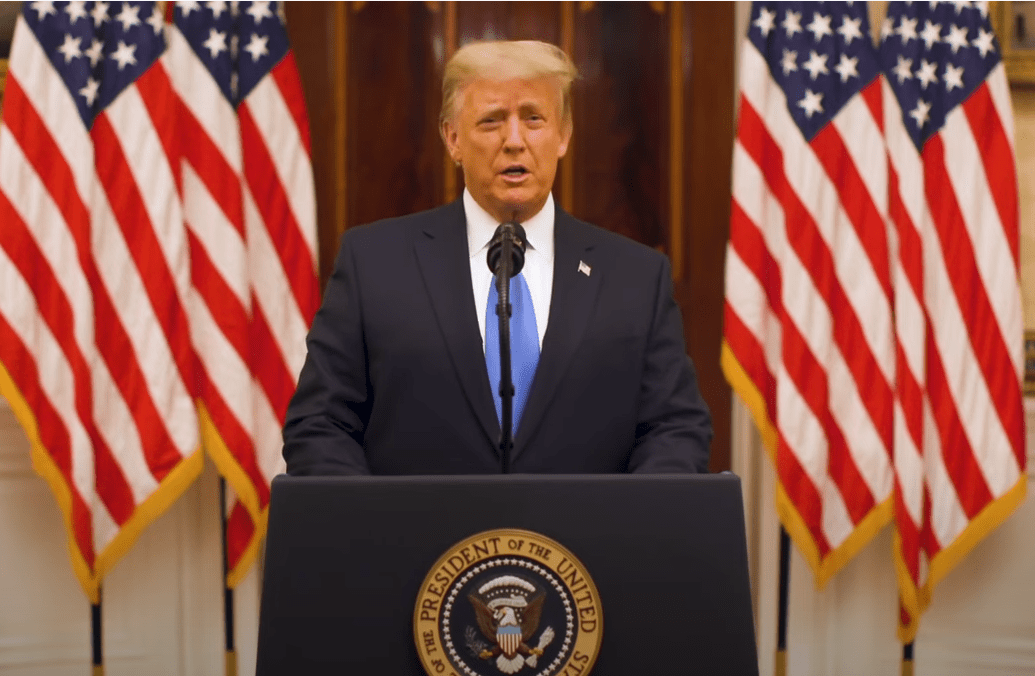 The lesson of the mainline’s anti-Vietnam War rhetoric or How anti-Trump elites and the SBC’s embrace of Racial Identity Politics will destroy the cooperative efforts of Southern Baptists.

People in the pews might not grasp complex doctrinal issues nor the debates over epistemological approaches; however, they quickly grasp the danger of racial identity politics and leftist radicals in the pulpit. The anti-Trump, anti-nationalist rhetoric of SBC Elites is a quick path to dwindling congregations. Just ask the mainline denominations.

According to David Mislin, “For decades, mainline Protestant denominations had united liberal leaders with more conservative churchgoers. That union proved unsustainable in the wake of 1968.”

What happened? Clergy trained by out-of-touch seminaries produced politically liberal pastors. The number of indoctrinated pastors increased over time. It only needed a spark to produce an explosion—the Vietnam War was that explosion.

Elite academic opinion turned against the Vietnam War during the Johnson Administration. The anti-war protests mattered little with the voting masses—who supported the Vietnam War in the era’s polling right up until the end—but the protests mattered with elites. Henry Kissinger details how elites who once backed intervention in Indochina were radicalized against the war by their students.

According to Kissinger, “When Nixon came into office in 1969, neither political party had ever advocated unilateral withdrawal and no public-opinion poll showed any support for it.”[1]

Kissinger perceptively observes a division between mass and elite opinion that developed during the Johnson Administration. He writes, “Polls showed that 61 percent of the American people considered themselves hawks, 23 percent doves, while 70 percent favored continuation of the bombing. The group that lost its nerve represented the very Establishment figures who had backed intervention all along.”[2]

What prompted the loss of nerve among elites?

“Involved in decision-making by Kennedy, many intellectual leaders were shattered when his assassination abruptly ended the New Frontier and further shaken by their students’ antiwar protests. The modalities of extrication from Vietnam no longer held any interest for them; under pressure from their own students, many professors edged ever closer toward unilateral, unconditional withdrawal…Lyndon Johnson, himself a principal formulator of the postwar consensus, was at a loss as to how to deal with an assault waged by men and women from leading universities whose approbation he craved in direct proportion to his inability to find a common language with them.”[3]

Inevitably what happened in secular academic institutions found its way into seminary graduates. These graduates became pastors, and these pastors became anti-war agitators.

What happened was that while there was a significant theological and ideological gulf between mainline pastors and congregants, Vietnam highlighted the division in a clear, irreconcilable way. Mislin writes, “But, it was in the Vietnam era, when a large numbers of Protestant leaders actively campaigned against U.S. military policy, that for many churchgoers the opposition went too far.”

What made Vietnam the point where people fled mainline denominations?

Was it the proverbial straw that broke the camel’s back? The cumulative effect of increased political and theological liberalism?

Or, was it because the war coincided with a generational political realignment?

Whatever the case, the Vietnam War was the transcendent political issue of its time. It dominated politics throughout the 1960s and 1970s. The political hangover lasted into the 1980s and the Ronald Reagan Administration and was still invoked by pundits during the road to George H. W. Bush’s Gulf War.

What, or rather, who is the transcendent political issue of our time? Donald J. Trump.

Donald Trump, Evangelicals and the Dangers of Never Trumpism

Regardless of how one feels about Donald Trump, he dominates contemporary American politics. He polarizes. He galvanizes. Everyone loves to talk about Trump almost as much as Trump loves to talk about himself. Even though Trump will soon depart the White House, it seems reasonable that Trump and Trumpism will dominate political conversations for some time.

This is bad for Evangelical Elites.

Evangelical Elites are out of touch with their congregants on major issues like immigration, patriotism, nationalism, Critical Race Theory, Intersectionality and Donald Trump.

Just as in the Vietnam War Era, religious elite opinion appears closer to secular elites’ political preferences than the masses of the Southern Baptist Convention. Trump is simply the loudest point of division.

Trump is also impossible to ignore because both secular and religious elites cannot stop themselves from talking about Donald Trump and Trumpism. So, just as in the Vietnam War, elites are alienating themselves from the masses.

Trump is not the only issue of division. For example, Evangelical Elites do not like overt displays of patriotism and uniformly reject nationalism.

Again, this is a trend where religious elites reflect the culture rather than any biblical view. (As I’ve shown elsewhere, nationalism is the biblical model for government since self-determination is a good.) Evangelical Elites compound their troubles on the issues with the pompous rhetoric of “Gospel Issue” and preening virtue signaling during the 2020 BLM riots.

The nationalism issue is an exceptionally good example of how the movement of secular elites influenced both religious and secular conservatives. As John J. Mearsheimer writes in the The Great Delusion: Liberal Dreams and International Realities, “The United States is a deeply liberal country whose foreign policy elite have an almost knee-jerk hostility toward both nationalism and realism.”

As US power increased, the delusions of US hegemonic ambition grew, according to Mearsheimer.

This led US elites to view supranationalism as a neo-liberal good.

For example, The George W. Bush Administration’s decision to go on crusades to spread liberty and liberal institutions around the world. In such a world, nationalism is a hindrance to grand dreams of a New World Order.

It was not always this way with conservatives. Sitting on my desk is the 1982 edition of George F. Will’s The Pursuit of Virtue & Other Tory Notions—and in it is a stirring validation of the idea of nationalism.

Will invoking “irritant” French President Charles de Gaulle points out, “This would be a safer, better world if more nations had more occasions for muttering to themselves, “we just have to understand how strongly the United States feels about this.’”[4]

Here is the truth: the world is composed of nation-states. Nation-states pursue their own interests. So, perhaps it is better to recognize these facts and build our policies around those facts than to attempt to force our ideological views on the world?

Policy should bear some resemblance to the real world.

What’s so bad about Donald Trump?

The problem between Evangelical Elites and the Evangelical masses is one of perspective. The masses feel the world is fighting against them, their values and their faith. Evangelical Elites drawing nice salaries (often over six-figure salaries) experience a life of comfort detached from those fears. As we’ve noted, it is easy to be Radical when one is living the Lifestyles of the Rich & Famous.

While feckless elites surrendered the Culture War and made peace faster that French generals confronted with Panzers, Donald Trump promised to fight. That’s why he defeated Hillary Clinton in 2016.

In simple terms, Donald Trump exposed the effeminacy of evangelical elites. That is the root of elite rage—the masses decided they’d follow a fighter over the cheese eating surrender monkeys of evangelicalism.

There are legitimate reasons why a Christian might oppose Donald Trump’s admission to church membership. Yet, that does not mean he is useless or should be abandoned in other fields. Evangelicals work with Catholics in the political fight against abortion. Why not Donald Trump?

Because the divide is about more than Donald Trump. Trump is the symptom of the masses abandoning traditional avenues of authority. Evangelical Elites just don’t matter these days. There are alternative blogs, podcasts and leaders.

If Evangelicals want to get to the bottom of what is driving the problems within the church, they should examine the range of issues where Trump is closer to the people in the pews than elites. Why is someone most consider unworthy of church membership biblically right more than evangelical leaders like Russell Moore and David Platt?

Failure to deal with the political divide—which is a result of defective theology on the part of elites—will result in decline. Trump serves in our time like the Vietnam War for the mainline denominations.

Doctrine matters. However, it is the practical application of doctrine in the pulpit that people truly experience. This is illustrated by the path of mainline denominations—which began its precipitous decline in 1970-1985. It it will happen again—and Never Trumpist rhetoric among pastors and elites will cause it among the so-called evangelical church.