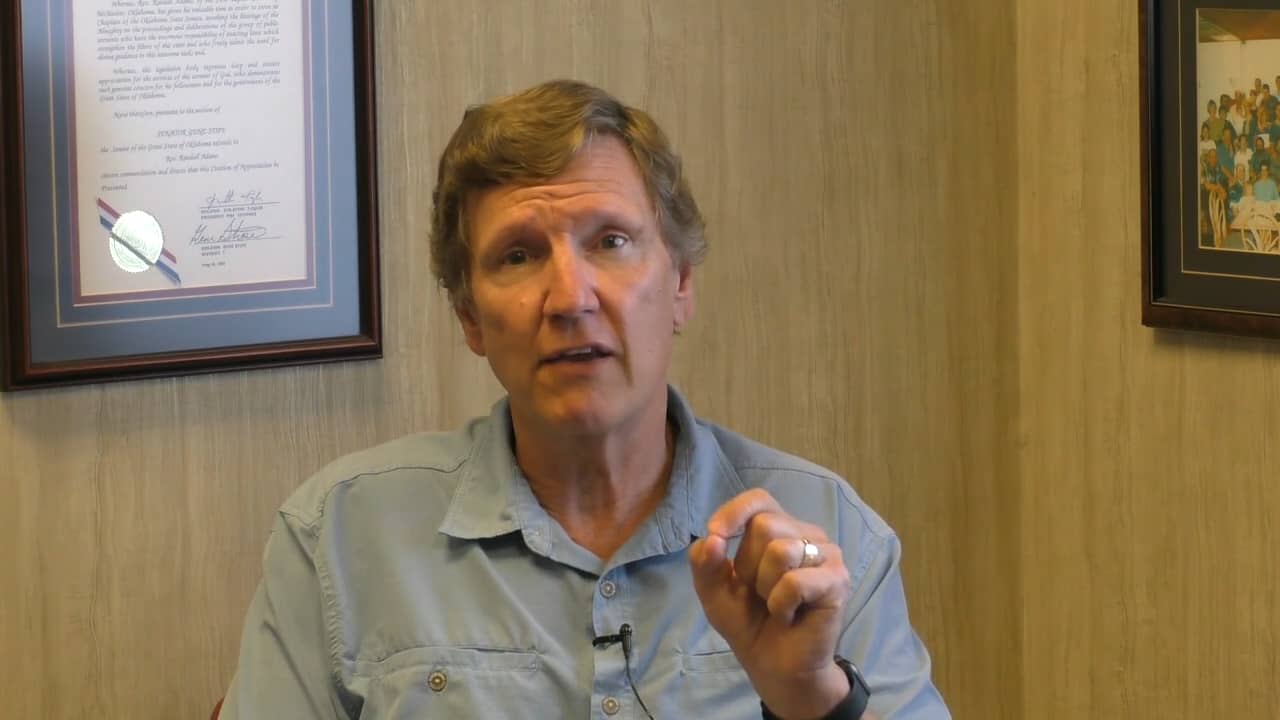 You can read more about the 2021 race and Randy Adams here.

A Path to Reforming the SBC

In January 2020 I was announced as a candidate to serve as president of the Southern Baptist Convention. Although the 2020 Annual Meeting was cancelled, the rationale for my candidacy a year ago has only strengthened.  The SBC is in CRISIS.  We inherited a cooperative mission system where every church mattered and could contribute to sharing the gospel around the world.  We are now destroying much of our mission capacity through failures in accountability, self-dealing, top-down centralized strategies, and broken partnerships.

I am being nominated to serve as SBC president because I will confront these issues.  I will push for transparency and accountability at every opportunity and make great effort to crush corruption.  The focus will be on the mission, with the Bible as our sole and final authority on all matters.

The decade since the Great Commission Resurgence was adopted in 2010 is the worst decade for Southern Baptists in our 175-year history.  I won’t restate the proof of that assertion here, but I refer you to a recent essay I wrote on this subject (https://randyadams.org/2020/10/14/the-crisis-of-decline-in-the-sbc-why/).

What has become even more obvious in the last year is the organized corruption and the lack of transparency and accountability in some of our SBC entities.  Who could have guessed that the leader of a Southern Baptist entity, Lifeway Christian Resources, would be paid a million dollars going out the door to do another ministry he started while serving as the Lifeway President?  In October 2020 it was revealed that a single trustee approved that payment, without informing any other trustee, including the compensation committee of the trustees.  Furthermore, the trustee who approved the million-dollar gift had three book contracts with Lifeway which disqualified him from serving as a trustee per SBC bylaws, and yet he remains a trustee to this very day.  It makes you wonder if there are other sweetheart deals that have not been exposed.

In July 2020 a church planter in Atlanta, GA publicly left the SBC after receiving a church loan from NAMB to purchase a building, followed by a $175,000 gift from NAMB to remodel the church building.  This church planter was sponsored by Blueprint Church, whose pastor serves as the Vice-President of NAMB for the Send Network.  Who else is receiving six figure grants and what do you have to do, or who do you have to know, to get one?  NAMB is spending almost $70 million dollars a year to start just several hundred churches per year, less than half the number started a decade ago when we spent about $22 million per year from NAMB’s church planting budget.  Where is all the money going?  It’s not going to evangelism because NAMB defunded hundreds of evangelism missionaries and slashed the evangelism budget.  Cutting evangelism hurts all established SBC churches.  Do you know that NAMB has spent $1.2 billion in the last 10 years, and baptisms and church plants have sunk to the lowest levels we’ve ever seen?  I repeat, where is the money going?

Perhaps the most dangerous revelation in recent months is that the Ethics and Religious Liberty Commission (ERLC) joined NAMB in arguing to the U.S. 5th Circuit Court of Appeals that the SBC is a hierarchy, with the SBC in the superior position over all Southern Baptist churches, conventions and associations.  NAMB has been making a similar argument for years, claiming that they are a “supporting organization” for state conventions, and that they therefore have a right to interfere in the employment practices of state conventions.  NAMB lost their argument in the U.S. 5th Circuit Court of Appeals and now says they will appeal to the U.S. Supreme Court.  This puts Southern Baptists at great risk because the ERLC/NAMB argument is contrary to the SBC Bylaws that no hierarchy exists in the SBC, and that every church, convention, and association is autonomous  (see my essay for more information https://randyadams.org/2020/12/09/does-namb-and-the-erlc-believe-the-end-justifies-the-means/).

Interestingly, the above three stories have some commonalities.  The actors in the stories are not only tied in relationships with each other, they are tied to one city, one seminary, and one church.  With 47,500 churches and over 14 million members, the SBC has to work for them, not just a handful of SBC celebrities.

Along with diminishing effectiveness, trust is evaporating in the SBC, resulting in a massive decline in Cooperative Program missions giving of over $60 million over the last decade, and a reduction of our IMB international mission force by 2,000 missionaries on the field.  The only way to rebuild trust, and thereby achieve greater mission effectiveness, is through transparency, accountability, renewed cooperation with those closest to the ministry field, and expanding participation in the SBC Annual Meeting through virtual and remote involvement.

SBC entities must submit to measures producing transparency in finances and accountability for how money is spent.  Periodic forensic audits must be conducted of every entity, with the results made available to every SBC church.  God’s money, given by God’s people, requires the highest level of accountability and transparency.  There must not be secret financial arrangements, and money must not be used to purchase support for a leader or a program.  Policies against conflicts of interest must be established and enforced.  Non-Disparagement Agreements (NDAs) are used far too frequently in the SBC to purchase the silence of possible truth-tellers and whistle blowers.  This is wrong and it must cease as a standard practice.

Performance results must be clearly and accurately communicated in SBC publications and venues.  When reading or listening to certain SBC reports, I sometimes think I’m listening to a football coach post-game, boasting about a few good plays, but failing to mention they lost the game 35 to 3.  NAMB moved to a top-down mission’s approach in 2010, pulling decision-making and funds from partners closest to the mission field.  The massive decline we have suffered since those changes is irrefutable, but you might not know this if you listen to reports that consist of a few good stories while ignoring the overall picture.  But we don’t have to settle for decline.  Through transparency and accountability, we can rebuild trust and cooperation, and return to an upward path in which we reach more people with the good news of Jesus Christ.

The trustee system must be reformed by implementing a training system under the direction of the SBC Executive Committee.  Trustees must be taught that they represent the churches, and protect the churches when necessary, not protect failing systems or leaders. Trustees must hold SBC leaders accountable and require transparency from the entity and its leader.  Each entity can and should provide additional training, but it is apparent that trustees often develop an unhealthy attachment to an entity and its leader, and do not always represent the interests of the churches and partners appropriately.

Involvement in the Annual Meeting should be expanded beyond promotion and marketing. Small churches, distant from SBC meeting locations, must be included in SBC decision making. Participation should not be limited to those with financial means. The best way of achieving this is through remote, or virtual, participation.  If we learned anything in 2020, it’s that we can conduct business remotely.  The idea that a few thousand with the means to gather once a year can and should make decisions for 47,000 churches and 14 million Baptists has quickly become archaic.  Far too many pastors and churches feel shut out of the decision-making process that is controlled by a handful of elites.

The most precious commodities of the SBC mission’s system are trust and goodwill. These have been eroded significantly, but through transparency and accountable leadership they can be rebuilt.  Indeed, they must be rebuilt if we are to preserve and grow the miraculous missionary system we inherited from our forefathers.

If I am elected as president of the SBC, I will do all I can to make these things happen.  Southern Baptists don’t merely need a cheerleader for the SBC.  We need to reform the system, crush corruption, and rebuild trust in our cooperative missionary endeavor.  That is what I will strive to do.  I will do it as one who loves the SBC, believes in Southern Baptists, and values every church and partner in the SBC.  I believe in our conservative, biblical theology.  I believe in the cooperative mission approach that made us a great missionary force in North America and to the world beyond.  Please join me on the path to reforming the SBC.  Join me in Nashville and vote for reform.  And please share this message with others who want to help the SBC restore a vibrant and growing witness to those in desperate need of Jesus.