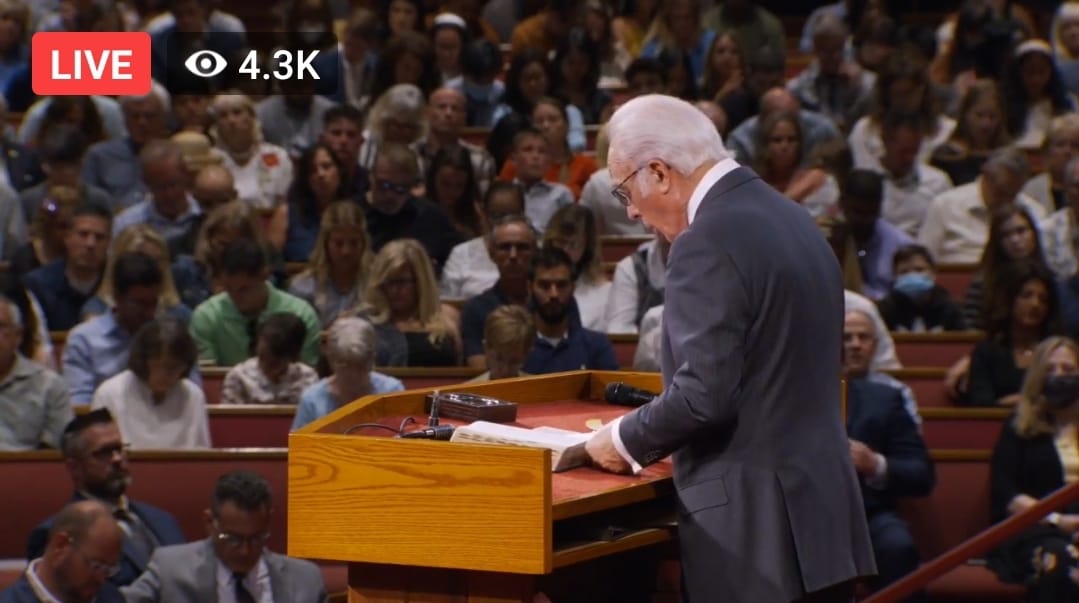 You only thought the Secularists were insulting

John MacArthur and many other faithful Christian pastors gathered with their congregations for worship. They gathered under threat of fines and arrest. Of course, that upset some hateful Baptist seminary professors. One professor claimed MacArthur’s gathering is a “manufactured” persecution.

Luke Stamps, a professor at Anderson University said, “Call me when the stand against ‘persecution’ isn’t manufactured and self-congratulatory…Just think of the icons they would make? Men in suits, arm-to-arm in air-conditioned auditoriums. Right there alongside Ignatius and the lions and Bartholomew with his flayed skin.”

When asked specifically who he was talking about, the professor named MacArthur.

“I’m being coy. It’s MacArthur’s church, boasting, ‘welcome to our peaceful protest’ in a full auditorium,” he said.

And of course, one Southern Baptist theology professor joined in mocking of Christians.

To put it clearly: These are disgusting people. Yet, they train the next generation of pastors. This is how the SBC Elites use your tithes and offerings—to platform people like this who attack heroes like John MacArthur.

And Jake Meador of Mere Orthodoxy and Davenant Institute was perhaps slimiest of all.

“’And the sermon was a giant boast about how they’ve got it right, and anyone who doesn’t do it that way aren’t true Christians.’ I think you just summarized the entirety of MacArthur’s ministry.”

The smugness is overwhelming.

If you are wondering what set off these hateful “Christians” it was MacArthur’s opening joke. MacArthur welcomed the congregation to the Grace Community Church Peaceful Protest.

And of course, these guys are offended. It speaks volumes about who they are and what the support. Contrast their views with SBC conservative leaders like Ronnie Floyd.

They are on the side of Leftist Tyrants banning church meetings.

Are you happy that your tithes and offerings support these disgusting, hateful professors?