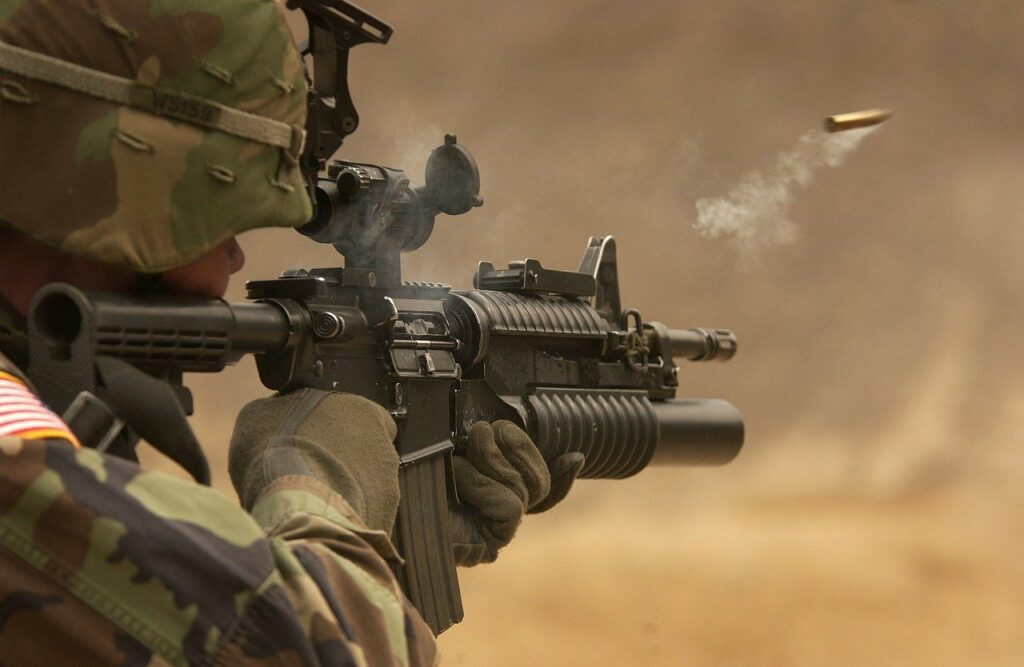 Standing up for Donald Trump, George W. Bush and yes, even Barack Obama.

Pacifists are infecting America’s churches. Liberal politics always ends up shaping theology. It is what led to the decline of the mainline denominations. And it will lead to the decline of any church today that falls into the clutches of pacifists. Their dangerous teachings would prevent presidents from protecting Americans. And one column published by Baptist News Global is the perfect example of this dangerous trend.

In A failure of discipleship: Iran, Iraq, and American Christianity, Greg Jarrell writes for the liberal Baptist News Global, “As a substitutionary punishment, the George W. Bush administration elected the people of Afghanistan to suffer America’s wrath.”

Or, George W. Bush wanted to punish and end a regime that protected and aided the terrorists who killed Americans on American soil. Never forget, Bush gave Afghanistan an ultimatum—surrender the terrorists and end sponsorship of these evil men, or face war.

It was Afghanistan and its rulers who chose war over peace.

It was not Bush, but the Taliban who forced suffering on its people.

The terrorists declared war on America. Bush had every right and legal obligation not to mention the God-given moral responsibility to punish those responsible for the September 11, 2001 attacks. Bush’s very God-given job description is to punish evil that afflicts his people.

Troubling in Jarrell’s column is the conflation of the War in Afghanistan—something universally approved and obviously legitimate—with the War in Iraq—something that quickly came into question regarding its legitimacy.

This is irresponsible. But a typical move among the anti-war Left.

Nobody escapes criticism in this column. Donald Trump is attacked for being tough on Iran. Even Barack Obama is taken to task for ordering drone strikes on terrorists.

What is also irresponsible is the call to punish Bush Administration officials as war criminals.

Jarrell writes, “No Bush administration officials have ever been held accountable for illegal and immoral wars.”

The wars were not illegal. They were not immoral.

Or, a host of other plausible reasons. Jarrell’s column would be better served focusing on one argument: Why a US President and US Christians must not defend themselves from attack. He doesn’t do that.

Instead, he laments evangelical theology and discipleship. He writes, “What the American church was experiencing – or more precisely, what white American religious groups were experiencing – in those moments was a failure of discipleship. Whatever the preachers had been preaching and the teachers had been teaching had not discipled the people in the pews into the things that make for peace.”

Jarrell makes the error that is rife in American Evangelical thinking—he conflates Jesus’ personal commands for love and peace with the duties given to the state. Obviously, these are different. The state’s duty is to protect the people and defend them with the sword. Christians can and should help the state in that mission. When Christians favor a war as voters, if the war is just—and the Afgahnistan War was by all measures legal and just—then this is an example of excellent discipleship.