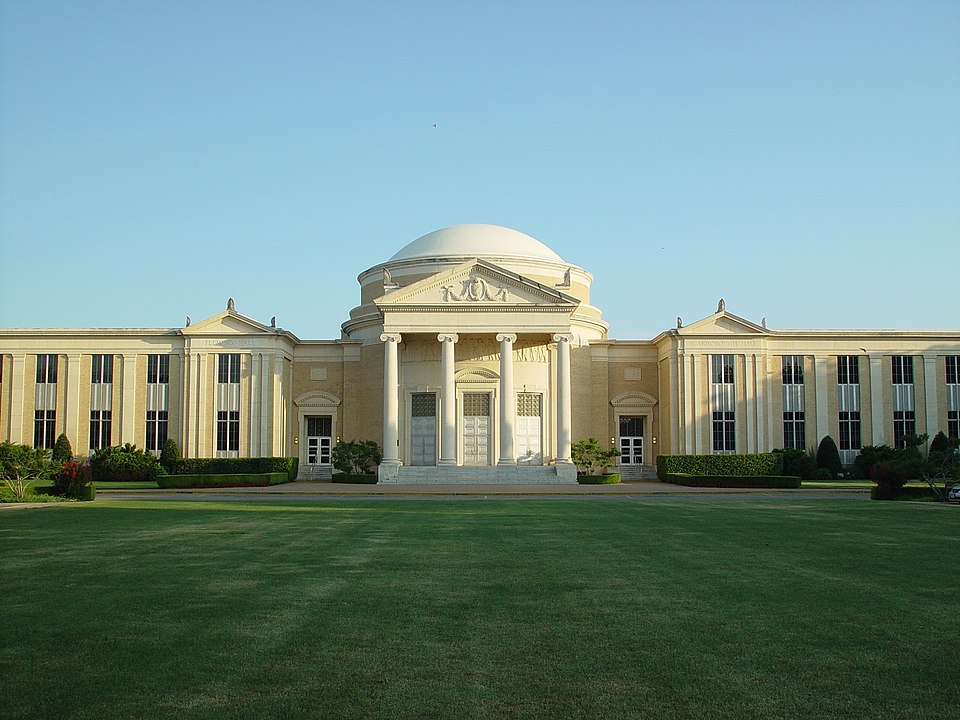 A Wall Street Journal story on Southwestern Baptist Theological Seminary shocks by revealing what is really happening at the seminary: betraying principle in pursuit of enrollment and dollars.

SBC elites pushing narrative of generational change and resistance to Donald Trump, but the evidence suggest young evangelicals remain conservative despite the efforts of the ERLC, Russell Moore.

When the Wall Street Journal writes about the Southern Baptist Convention it is worth reading. A story by Ian Lovett made news in two ways: It reveals the priorities of the new administration of Southwestern Baptist Theological Seminary and it reveals how desperate SBC elites are to promote the idea that young evangelicals are drifting away from conservative politics. Both items are revealing and, sadly, dangerous.

First, the new administration wants to turn the seminary from its conservative roots into a bland culture-pleasing corporation. According to the new president, “My immediate predecessor envisioned this being more like Buffalo Bill’s Wild West Show,” he said in an interview. “I want people to think more like Southwest Airlines. A happy place. A national brand.”

And what’s a national brand best at? Harvesting dollars from the public.

Oh, but the venal motives become clearer as you read the story. Declining enrollment sparked a crisis and the school is reaching out to women with a change in emphasis. According to the WSJ report,

“Dr. Patterson’s dramatic exit convulsed the Southern Baptist Convention, turning the school into a nexus of the continuing debate over women’s role in the church.

“Karen Swallow Prior, a Southern Baptist professor at Liberty University, said Dr. Patterson’s ouster was a step toward changing ‘the misogynistic, sexist culture of the SBC.’ She added that there is “’a dramatic shift” among younger evangelicals who are more eager “to embrace the idea of women as leaders, both in the church and in the culture.’”

And the WSJ makes it clear, that the move is already paying off for Southwestern and the new administration. It reports,

“New enrollment this fall is up 33% over the previous three years. One of the new students is Jacki King, a minister to women at her Arkansas church who transferred to Southwestern this year. She said the shifting tone on gender is what drew her.”

And that’s the whole point. Not to put too fine a point on it, but enrollment=dollars. That’s the future of your SBC seminaries. Only, this pragmatism won’t work out so well. It never does. It will come with consequences. Every compromise does.

Don’t miss the politics in the WSJ story. It is always about Donald Trump for evangelical elites who despise the president.

The Wall Street Journal article revealed the underlying political spin coming out of elite evangelicalism. The elites don’t like Donald Trump, so evangelicalism must change. The way it will change is that the youth provide the future. And that hope was repeated in the WSJ article:

“While older evangelicals have become a political force preaching traditional values, younger ones are deviating from their parents on issues like same-sex marriage, Israel, the role of women, and support for President Trump.”

Only, that’s not what is really happening. The data shows the opposite.

Bible believing Christians don’t vote Democrat. And that is despite Russell Moore’s best efforts to undermine Donald Trump and the Republican Party.

They suggest cultural change is driving this and not theology.

This may in fact be true. However, it might be time for conservative evangelicals to question if the embrace of libertarian principles is driving this trend. Has conservative commitment to the individual and markets gone too far and encouraged this shifting view of something as fundamental as the family? And, isn’t this shifting view dangerous for not only society but the orthodoxy of the church?

On the other issues, such as Israel, evangelical professors are doing their best to encourage the anti-Semitic BDS movement, but so far, that hasn’t manifested itself in changes for how evangelicals view the state of Israel or most foreign policy issues.

As for the role of women, that is a theological and not political issue. However, even the most confused on the matter like SBC president J.D. Greear who insanely tweeted about tearing down all hierarchy, doesn’t think women should hold the role of pastor.

Which shows most of this emphasis on women as leaders in the SBC is more about rhetoric than actually handing over power. It is an attempt to preserve power not share it.

In the end, the SBC’s elites are trying to compromise on politics and are making it clear they are sort-of compromising on the place and role of women. And doing all of this in the pursuit of dollars and numbers.

Is it any wonder why so many churches are leaving the Southern Baptist Convention?