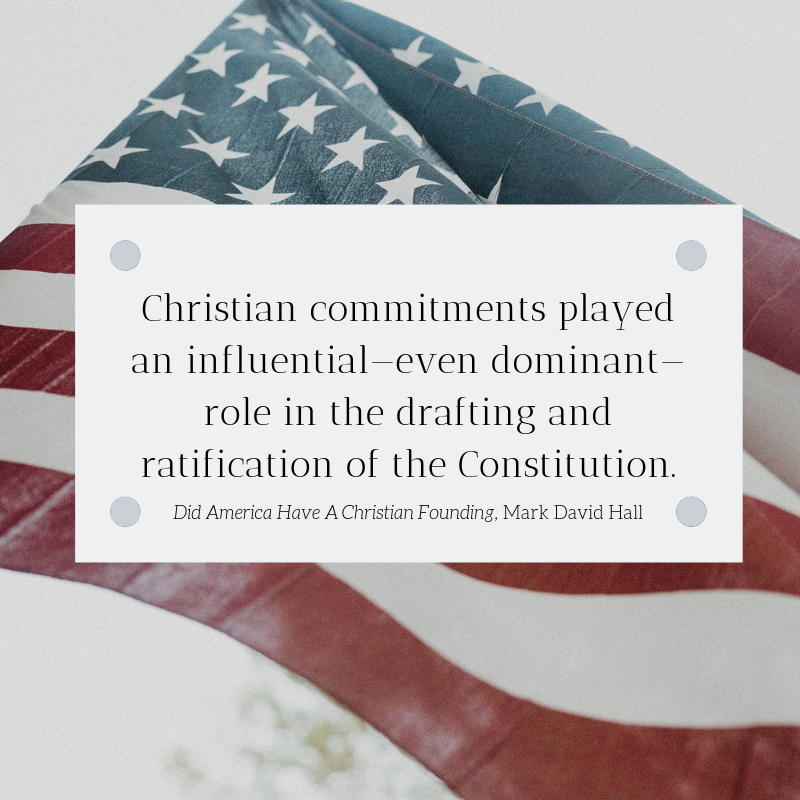 Professor Mark David Hall answers the question in an engaging new book that examines original sources to counter the modern myth about America and its Founders.

Did America Have a Christian Founding? Among the elites, it is popular to downplay the role of Christianity to America’s founding generation. Mark David Hall’s new book takes on the false claims of evangelical and secular scholars. Hall is the Herbert Hoover Distinguished Professor of Politics and Faculty Fellow in the William Penn Honors Program at George Fox University. Through analysis of original documents, Professor Hall demolishes:

“Assertions that most of America’s founders were deists; that they created a ‘godless’ Constitution; that Thomas Jefferson and James Madison desired to build a high wall of separation between church and state; that the founders thought governments should never encourage religion; and that they advocated religious liberty because they were children of the Enlightenment.” 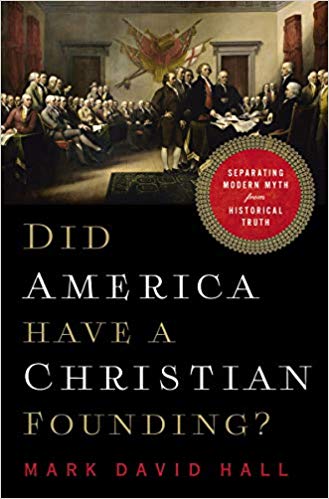 Hall takes on popular scholarly assertions that rationalists like Benedict de Spinoza were instrumental in forming the political-philosophical basis of the US Constitution. An absurdity that Hall explains doesn’t have any basis in the evidence. In fact, even Locke’s influence on the American Founders is probably less than the Bible’s influence:

“Yet, with very few exceptions, Locke’s works were not available on this side of the Atlantic until 1714, when bulky three-volume editions of his writings began appearing in university libraries. The Second Treatise was not published in America until 1773, and it was not republished in the United States until 1937.

“By the 1760s and 1770s, American patriots cited Locke with some regularity to support American resistance to Great Britain. Yet, as Donald S. Lutz has shown, the Bible was referenced far more often than his works. In his extraordinary study of American political literature published between 1760 and 1805, based on a careful examination of 15,000 pamphlets, articles, and books from the era, Lutz found that 22 percent of the citations referred to Enlightenment thinkers (a list that includes Montesquieu, Locke, Pufendorf, Hume, Hobbes, and Beccaria, among others). By contrast, 34 percent of all citations were to the Bible.”

Professor Hall deals not only with the philosophy of the period, but the personalities like Benjamin Franklin, James Madison, Thomas Jefferson and George Washington. In the case of Washington, Hall quotes helpfully from Washington’s writings to illustrate the influence of the Bible and Christianity on the first president:

“Historians such as John Fea emphasize the importance of “con- text,”48  but in their rush to deny that America had a Christian founding  they  often  ignore  it.  So,  for  instance,  Fea  claims that Washington’s circular is not a “uniquely ‘Christian’ docu- ment.”49  But there is no reason to think that anybody under- stood Washington  as  encouraging  his  readers  to  imitate  the characteristics of anyone other than God’s Son Jesus Christ— for to whom else could “Divine Author of our blessed religion” (emphasis added) refer?”

The only complaint is the book is too short. Hall’s mastery of the subject and examples from the original sources leaves one wanting more. More quotes. More analysis.

Of course, this book is made for the mass audience, so it is understandable why Hall and the publisher prefer to keep up the pace and direct readers to other primary and secondary sources for their own research. This is a useful compromise and keeps the book as digestible for those interested in the topic. However, the narrative about America’s founding is so pervasive in culture and among scholars, that anyone interested in this topic will inevitably be drawn to other of Hall’s scholarly works.

So, be prepared. The book like an amuse-bouche only whets the appetite. You’ll want more once you start.

Did America Have a Christian Founding? is readable and despite its use of primary sources can be consumed via Audible. While the audible version comes with a PDF download, it is worth getting the Kindle version first and to utilize Whisper-Sync so you can transition between the written and spoken word as time dictates.

3 thoughts on “Did America Have a Christian Founding?”