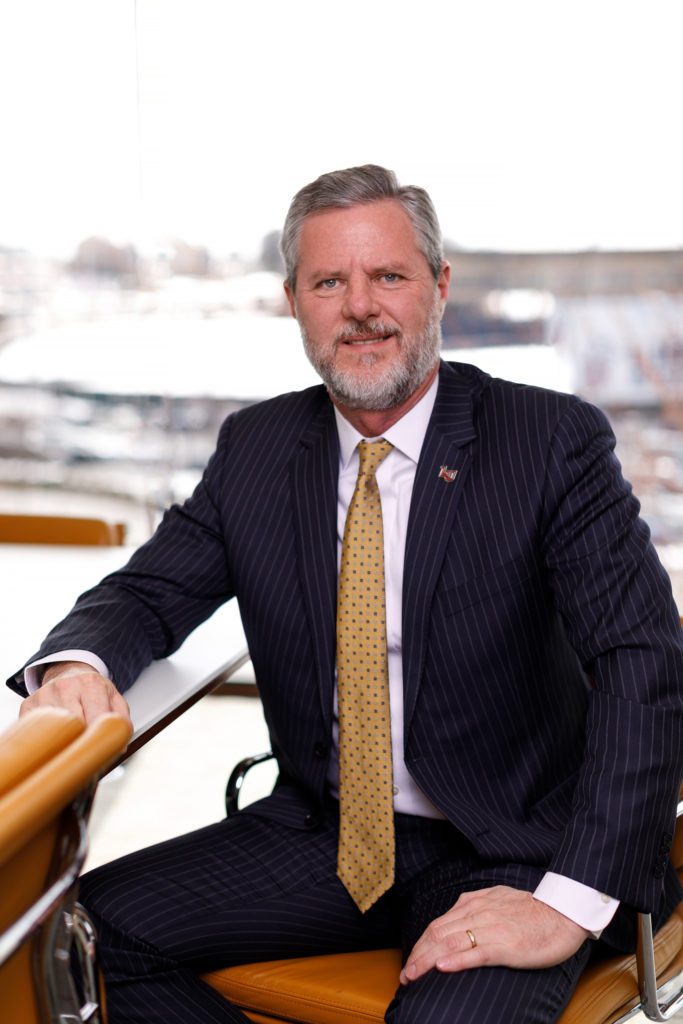 Progressives are causing chaos in the SBC, and Jerry Falwell Jr. has had enough of the ‘Southern Baptist Deep State’

The president of Liberty University issued a stunning rebuke to the Southern Baptist Convention. During Liberty’s baccalaureate service Friday, Jerry Falwell Jr. accused new leaders in the SBC of taking the convention away from its conservative roots and betraying the conservative resurgence.

Falwell praised the conservative resurgence led by men like baccalaureate speaker Dr. Jerry Vines for bringing the SBC back “to more accurately reflect the values of most Southern Baptist members.”

Falwell said that “unfortunately, a new generation has taken the Convention away from those values in many ways.”

“We will continue to honor the conservative leaders who reformed the Southern Baptist Convention, and we place our hope in your generation to be the ones to step up and provide better leadership for the future,” Falwell told the graduates.

Falwell was hopping mad at what is happening to the Southern Baptist Convention.

What precipitated the frustration? Southwestern Baptist Theological Seminary’s removal of stained-glass windows of conservative theological leaders sparked the rebuke, but it is clear this isn’t about the windows—but it runs much deeper. It is about the theological and public policy stances destroying the unity of the Southern Baptist Convention. We’ve pointed out before, that the future of the SBC is bleak as progressives continue to weaken the Southern Baptist Convention.

He said the windows were “removed by the new regime.”

He likened the operation of the new regime to a “Southern Baptist Deep State.”

The windows were paid for by donations and Falwell wanted the money back. It appears, Falwell got the windows.

According to the university, “Falwell demanded that SWBTS return the money donated for the windows and sent a plane to Fort Worth, Texas, this week to retrieve them. They will go on display in the Jerry Falwell Museum on campus.”

Southwestern appears to be in a crisis as new, inexperienced leadership takes the helm. Immediately, the new president cut about 30-percent of fulltime faculty. Other changes by the new president included hiring his new team of administrators and staff from…you guessed it…Southern Baptist Theological Seminary (apparently, only Al Mohler’s people can run things.) 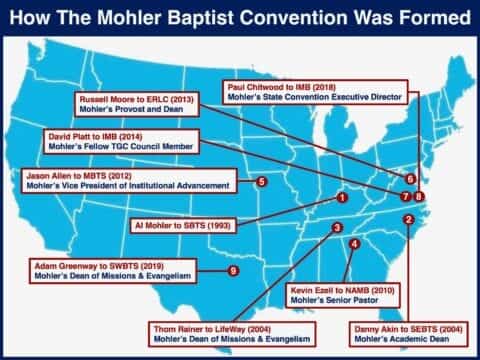 Falwell’s Southern Baptist Deep State comment was intended as a joke; however, it does have some truth in it. Notice the sheer number of Al Mohler disciples leading SBC entities today (see chart). Also, notice the sheer number of these appointments who are promoting Woke Theology today. Also, notice the ones platforming the likes of Beth Moore—who is now in open rebellion against 1 Tim 2:12 and is now preaching in SBC pulpits on Sunday.

Conservative Southern Baptists should welcome Falwell’s strong stance against the SBC’s progressive drift. Some may criticize him but notice his enemies. He’s routinely attacked by secular Leftists and even insulted by the likes of other “Christians.” Notice this insulting tweet from James K.A. Smith. Shocking and hateful rhetoric from one Christian directed at another.

Judge a man by his enemies.

Jerry Falwell Jr.’s enemies are all liberals, progressives and Woke Christians. If you are a conservative evangelical, I urge you to set aside any issues and work together with Falwell to save the SBC.

I urge this just as I urge those with issues related to John MacArthur to set aside those concerns for the good of the evangelical church. The Social Justice Gospel threatens the church and the country. If we lose the Southern Baptist Convention, I fear for the future of religious liberty in our land; I fear for the future of our children to worship God in spirit and in truth.

Persecution may come. It may be inevitable for American Christians. Yet, we must do all we can now to fight—while we still have time. That fight today is in the church. Tomorrow it may be at the ballot box. But the only way we can honor God in this endeavor is to unify against the real threat.

We must hold fast to the legacy of the conservative resurgence. That is something all conservative Southern Baptists should be able to do.