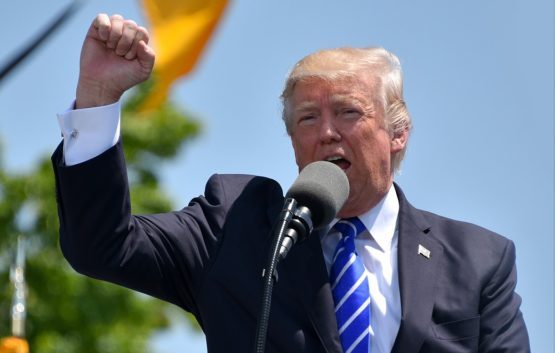 Never Trump Evangelicals still don’t get it. Politics isn’t about evangelical public witness (a fancy and pious way of saying virtue signaling). Politics is about order over chaos; it prevents every man from doing what is right in his own eyes. Politics determines how the sword is used to stop evil. What that means today and in 2020, is that American politics is about Infanticide. It is about abortion.

Determining where God stands on that issue will guide what evangelicals do at the ballot box. It is important that evangelicals listen to wise voices and not biased political pundits. For example, certain Never Trump writers miss the point of politics and fail at basic moral reasoning.

Nancy French writes in the Washington Post, “After voting for ‘the lesser of two evils,’ Christians must finally realize the cost was too high.”

Really? What cost? The cost of evangelical public witness? That was one of the laments of David French. However, voting isn’t about some nebulous consequentialist outcome like what your neighbors might think. It is a clash between incompatible worldviews—one worldview believes babies are disposable.

Preventing a greater evil is the moral duty of the Christian. The inimitable Dr. William Lane Craig pointed out in a podcast that lesser evils are a natural consequence of living in a fallen, sinful world, and that it is essentially childish or naïve to pretend there aren’t moral dilemmas in which all choices are bad.

So, what must the Christian do in such situations?

Dr. Craig explains, “Similarly, in a case like this, we didn’t have two good candidates to choose from. Both were flawed in multiple ways, and the outcomes were flawed in multiple ways. Yet, that doesn’t exempt you from having to make a decision in a case like this. You choose the lesser of two evils – which outcome would be better for the United States of America than the other?” 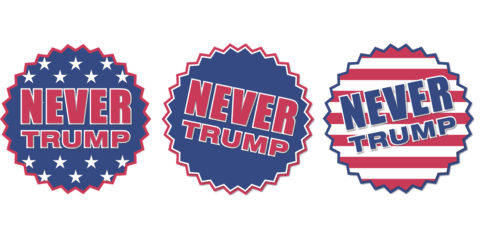 “Or, at the very least, they should remember that the lesser of two evils is still evil,” Nancy French writes.

This again is false. Dr. Norman Geisler explained in his book on Christian Ethics how Christians who apply God’s commands to form our ethical system must rank competing commands. Since this is a fallen world, we will find situations with conflicting moral rules. What happens then? We obey the greater commandment, and by doing such, it is not sinful to break the lesser.

As Dr. Geisler writes, “There are many moral absolutes and they sometimes conflict. However, some laws are higher than others, so when there is an unavoidable conflict it is our duty to follow the higher moral law. God does not blame us for what we could not avoid. Thus He exempts us from responsibility to follow the lower law in view of the overriding obligation to obey the higher law.”

Why do Never Trump Evangelicals always seem to critique all evangelical Trump voters?

In an attempt to critique Franklin Graham, Nancy French, wife of National Review’s David French, points out flaws in Graham’s political behavior; however, not content to leave it there, she then insults all Trump evangelical voters by attributing to them the same errors. This is unfortunate.

Nancy French writes, “Though Christians claimed that voting for Trump did not entail endorsing his panoply of bad character traits, that’s exactly what happened.”

Really? All Trump voters did this? Or, are you trying to generalize from a few specific examples? This is the problem with Never Trump pundits. Not content to criticize one Trump supporter, it must morph into a larger critique of all Trump evangelical voters. This is unfortunate. It is why most evangelicals tune out from Russell Moore and Nancy and David French when they blather on about Trump.

The issue isn’t justified criticism of Trump, but the underlying moral smugness that exudes from Never Trump pundits against Trump voters.

Let’s examine the core of the issue between the Frenchs and Graham.

It seems reasonable to criticize Franklin Graham for an apparent double standard. Why are the sex lives of Democrats open for critique and not Republicans? One could infer partisan motives.

However, notice what Graham said about Pete Buttigieg’s sex life.

“Mayor Buttigieg says he’s a gay Christian. As a Christian I believe the Bible which defines homosexuality as sin, something to be repentant of, not something to be flaunted, praised or politicized. The Bible says marriage is between a man & a woman—not two men, not two women,” Graham tweeted as reported by French.

Graham is not wrong. The Bible seems to clearly indicate, as in the words of Jesus, that marriage is between a man and a woman.

Buttigieg’s sex life is part of the mayor’s campaign for president. It is relevant to any discussion of what defines marriage. He made it an issue.

Graham appears to now want to limit such discussions between public and private conduct. I think that is a mistake. One can affirm that public policy matters more than personal sinfulness without totally tossing out standards of personal sinfulness.

In terms of voting, Norman Geisler used a great analogy in November 2016. He said, “For reluctant conservatives who were looking for someone more to the right of center, we must remember that conservatism does not equal Christianity. Likewise, neither does liberalism equal Christianity. But when I am sick, I choose the most competent doctor who may or may not be the most Christian doctor. Likewise, the most competent political leader may not be the most Christian one.”

Let’s carry that analogy a little further. Your surgeon shows up to surgery drunk. This personal failing is now a matter of his professional competency. So, Trump’s personal moral failings and business dealings are relevant information to process in the voting booth.

However, Trump’s adultery and sexual issues are far less important than infanticide.

And that is the stark reality of modern American politics.

One cannot be a conservative, one cannot hold a biblical worldview and allow the election of the Party of Infanticide.

Never Trump pundits should understand the basic moral reasoning at work and cease baseless claims like a lesser evil is still evil. It fails basic theology and philosophy. It isn’t helpful for Christians—it only helps suppress conservative, Christian voters.

And that may be why the likes of the Washington Post are willing to publish such philosophical-theological rubbish.

5 thoughts on “Voting for Donald Trump: A lesser evil is not still evil & other Never Trump errors”