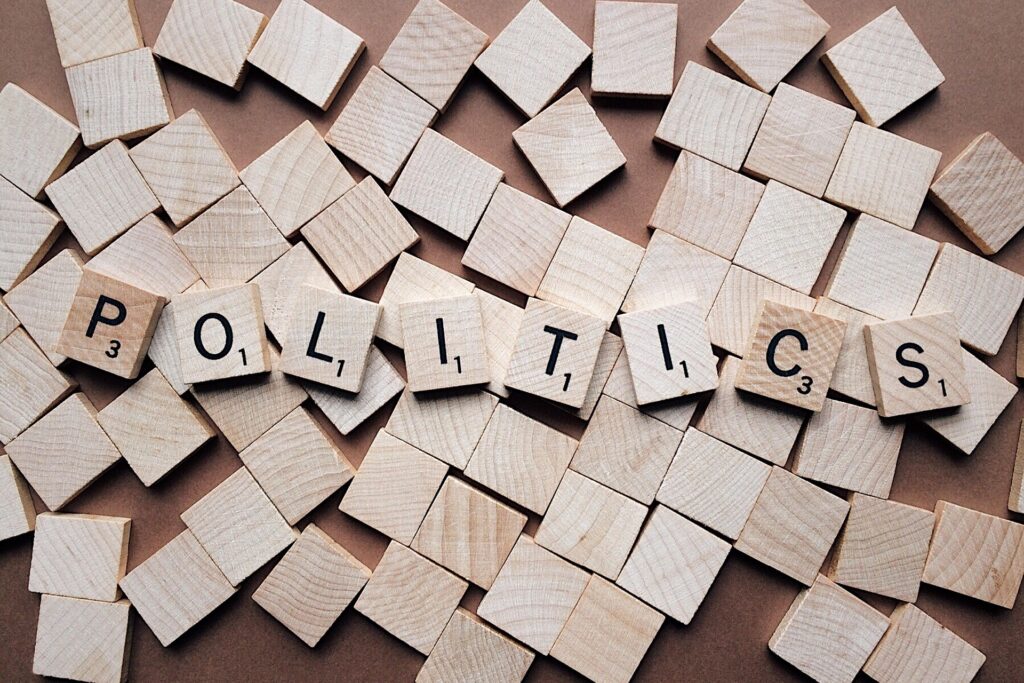 What is Politics? Should Preachers cover politics in a sermon?

It is a common theme among some evangelicals to declare, “I don’t want to hear a political message from the pulpit.” And one often hears something like, “The pastor has a right to his political beliefs, but politics shouldn’t shape his sermon.” This ignores the important role of preaching against sin—even sins popular with today’s secular elites. A pastor must proclaim the entire counsel of God even when it is overtly political. Preaching the entire counsel of God helps shape a Christian worldview.

What is Politics? A Definition of politics for Evangelicals

What is politics? How we define this term is important, and I think responsible for much of evangelical confusion about politics. The best definition comes from the one of the great European thinkers, Max Weber. Weber defined politics as the way in which power is shared. “‘Politics’ for us means striving to share power or striving to influence the distribution of power, either among states or among groups within a state.”[1] Weber gives another important definition for us, the state is the sole authority within a territory who can use force to coerce. He said, “Today the relation between the state and violence is an especially intimate one…Today, however, we have to say that a state is a human community that (successfully) claims the monopoly of the legitimate use of physical force within a given territory.”[2]

So, we can say that politics is really about who gets to coerce others. It is the means where a people negotiate the boundaries of force and legitimize who uses force against others. This seems a good way to understand politics as the Bible tells us the political leader wields the sword. (“For he beareth not the sword in vain: for he is the minister of God.”[3]) It is a vivid illustration of coercion through force or the threat of force.

Politics is the construction of a system of boundaries and this results in a people’s civil government. In Old and New Testament times, government was often conducted via monarchy and empire. This is how the ancient prophets and New Testament apostles experienced it. In the United States, this is done through the Constitution of 1787 and elections. The Bible does not present a blueprint for the construction of a political system. Rather, it provides general principles applicable to all forms of civil government.

Why should a pastor preach on politics?

The Bible has a great deal to say about government. God is concerned with how force is used. The inappropriate use of force (stealing from the poor or the rich) is routinely declared unjust and condemned in Scripture, and leaders are enjoined from playing favorites (Exodus 23:3, Leviticus 19:15). These messages are explicitly political and are contained within the whole counsel of God—something pastors should proclaim (Acts 20:27). Murder is wrong. It is sinful. A pastor who avoids abortion isn’t really doing his job.

It is a critical duty of the church, and as one systematic theologian explained, a mark of the church to declare the entirety of God’s truth. “(The Church) is universal or catholic because it offers the whole counsel of God to the whole world.”[4]

Lenski detailed how the Apostle Paul cared little for the Spirit of The Times and instead “Proclaimed ‘all the counsel of God,’ the entire will of God, every doctrine and every truth of God, omitting, altering, toning down nothing. He had no peculiar personal views, he followed no peculiar policy. He especially did not omit what was difficult and hard to set forth, unpalatable and obnoxious to human reason, out of harmony with the spirit of the times. He was neither reactionary nor progressive; for ‘the whole counsel of God’ is changeless.” [5]

Dr. Wayne Grudem said the teaching duty of the church includes the hard topics as well as the easy ones. He wrote, “The mere fact that something is ‘controversial’ does not excuse pastors from the responsibility to preach about it and (sometimes) the responsibility of a church to take a stand on it. The apostle Paul did not think it enough to preach on only some of the teaching of God’s Word. He didn’t think it enough to preach on the easy topics and avoid the controversial topics. Rather, he thought he was accountable before God to preach on everything that the Bible teaches.”[6]

Since a pastor cannot avoid a duty to preach the entire Word of God, how then should a pastor engage politics? Fundamental to getting politics right is getting one’s theological foundation firm.

The pastor’s job of feeding the flock must include shaping the church members’ worldview. If we get our worldview right, then we will view political issues through the lens of the Bible. Dr. Wayne Grudem explained, “There are several basic, fundamental truths about God and his relationship to the world, and about human beings, that will affect nearly every political policy decision.”[7] And a Christian worldview will center on God. As one writer said, “Someone with a biblical worldview believes his primary reason for existence is to love and serve God.”

Why Politics Matters for Christians

Ultimately, preaching on political issue is required since God’s Word covers political matters. It is important to preach the entire counsel of God. That prepares Christians to vote in a God-honoring way. (You can read more about this issue in another post: How Christians Should Vote.) The net result of honoring God through politics is that we further His will.

What is God’s will for politics? The great New Testament scholar C.E.B. Cranfield explained it best: “It is implied that God wills the state as a means to promoting peace and quiet among human beings, and that God desires such peace and quiet because they are in some way conducive to human beings’ salvation. It is God’s purpose that the state should, by restraining chaotic tendencies of human beings’ self-assertion, maintain those outward conditions under which the gospel may be preached to all and sundry without hindrance.”[8]

So, getting politics right helps the Church do its job of evangelism. That is important and something Christians should keep in mind when considering how to approach political issues in a sermon.

[7] Wayne A. Grudem, Politics – According to the Bible: A Comprehensive Resource for Understanding Modern Political Issues in Light of Scripture, p. 116, Zondervan. Kindle Edition.