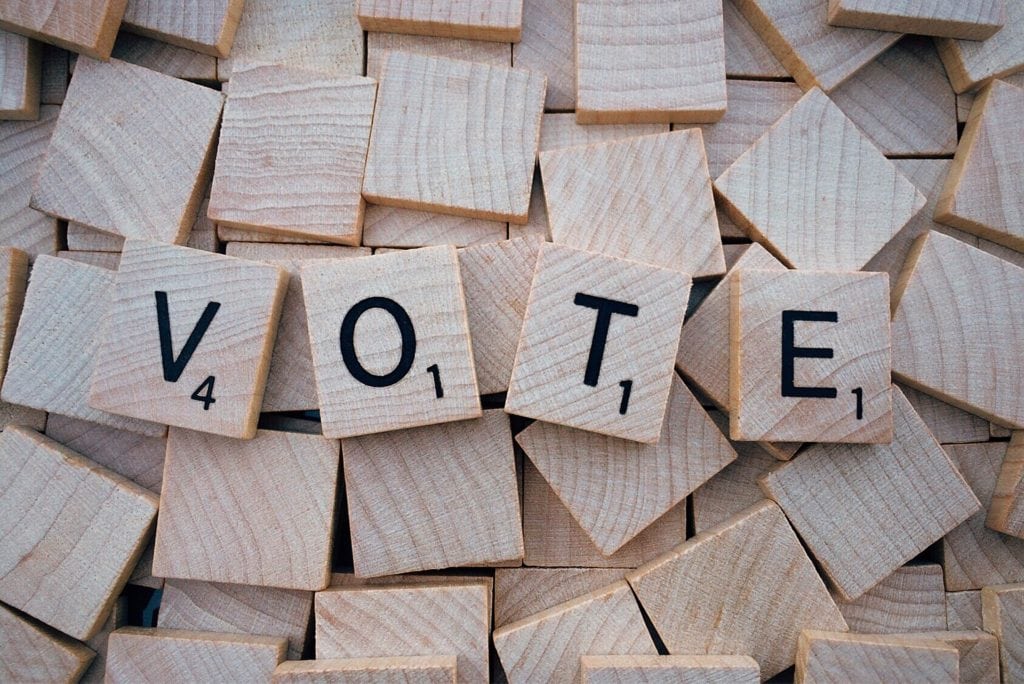 A candidate’s personal sinfulness matters, but it matters less than sinful public policy

“Often the only choice open to the Christian in a particular situation will be a choice between evils; but he will realize that it is not a matter of indifference whether the greatest possible, or the least possible evil comes to pass, and that that to help to bring about the greatest evil by refusing, out of a mistaken perfectionism, to choose the least is surely to be guilty of dereliction of duty.” —C.E.B. Cranfield

Was voting for Donald Trump wrong? Was it a betrayal of Christianity? That is the narrative offered by progressives. Who can forget Southern Baptist ERLC chief Russell Moore claiming Christians supporting Trump betrayed everything they believed? It was sickening and theological malpractice.

But those critics misunderstand the point of voting. It isn’t for virtue signaling.

There is a reason theologians and pastors ranging from Dr. Wayne Grudem to Dr. Norman Geisler to Dr. Robert Jeffress supported Trump. Policies. Trump’s policies were the moral choice.

“Voting for Clinton and her ultraliberal policies is not an option for me as an evangelical Christian,” Grudem told OneNewsNow. “Therefore, I am left with two options: (1) vote for Trump, or (2) vote for a third-party candidate whose hopes of winning belong to fantasy – not reality. And if these are my only two options, then voting for a third-party candidate has the clear effect of helping to elect Clinton, because it is taking my vote away from Trump. That is why the liberal media loved it when I said I was finding it hard to decide.”

A Christian model for voting

What is an election? An election is not the place for witnessing to the lost or of showing the world how awesomely you live your Christianity. Elections determine the direction of public policy for a state. For Christians, we should approach an election as an opportunity to help the state to do its job—its God-given job.

What is the state’s God-given job? Protecting life and religious liberty for starters. (Check out this link for our extended treatment of Romans 13 & 1 Peter 2:13-17.)

Christians must evaluate the candidates and party platforms in view of what God wants the state to accomplish. This must keep in mind a key truth: We live in a fallen world. Candidates are sinful. All of them.

Typically, Christians have evaluated fitness for office with a focus on personal morality. That worked when the country was mostly Christian and even nominally Christian. However, today we live in secular America. Often no candidate truly represents a Christian worldview. What should a Christian do when neither candidate reflects their morality? Focus on policy.

Christians must learn: A candidates personal sinfulness matters, but it matters less than sinful public policy when voting.

Simply, is Donald Trump’s personal infidelity and rudeness more important than allowing the election of a candidate promoting mass murder and the erosion of religious liberty? Character matters, but when the choice is between a rude, adulterer and the party of abortion and reduced religious liberty—there was no choice. There is no choice in 2018 and beyond.

Evangelicals overwhelmingly rendered that verdict despite the progressives who worked hard to shake their confidence.

There was only one choice—Donald Trump in 2016. But, why do so many elites attack this? William Lane Craig said it best—spiritual immaturity.

Craig said, “I think there is a kind of immaturity among some people about moral decision-making where they think that moral decision-making is a matter of choosing between the good alternative and the bad alternative. That is a very naïve, almost childish, view of moral decision-making. We are frequently confronted with moral choices in which we have no good alternatives…Intro courses in philosophy or ethics major on this point by presenting moral dilemmas to clarify students’ values. For example, a textbook illustration is the runaway streetcar example where if you do not throw the switch the streetcar will hit and kill a man working on the tracks. But if you do throw the switch then the streetcar will kill five people who are on the tracks. So which choice do you make? You don’t have a good choice in a case like that. There are two bad outcomes and you have to choose the lesser of two evils. I think the most poignant illustration of this point is Sophie’s Choice where the young mother is presented by the Nazi soldiers with a choice as to which of her children will be sent to the death camp and which one she can keep alive. If she refuses to choose one of her two children then both will be sent to the death camps. In a case like this, this poor mother had no good choice. She had to choose the lesser of two evils and pick one of her two children to be exterminated. It is just horrible.”

Progressives at The Gospel Coalition and the Ethics and Religious Liberty Commission of the Southern Baptist Convention apply a childish moral reasoning in an attempt to exploit the biblically illiterate and show the world (or at least the folks at the Washington Post and New York Times) how authentically Christian they are.

Pharisees of old prayed in public. They did alms in front of everyone. Today, Pharisees virtue signal to please the crowds on Twitter, the hordes on Facebook and the elites at the New York Times or Washington Post. However, that isn’t a productive way to win elections.

But didn’t 2016 show evangelical Christians only care about results?

Philosopher and Theologian Norman Geisler explains that results matter. He wrote, “The Christian ethic does not neglect results. Although results do not determine what is right, they may influence one’s ethical decisions. For example, a Christian should calculate which direction a gun is pointing before pulling the trigger. Drivers need to estimate the possible consequence of their speed in relation to other objects.”

And with the Supreme Court on the line in 2016, our religious liberty was staring down the barrel of a gun.

But it has limits. Geisler cautions, “There is, however, an important difference between the deontological use of results and a teleological use of them. In Christian ethics these results are all calculated within rules or norms. That is, no anticipated result as such can be used as a justification for breaking any God-given moral law.”

Politics isn’t about perfection, but results (and that isn’t consequentialism)

The Trump-Clinton election of 2016 highlights this key principle. Politics isn’t about perfection. You’ll never find the perfect candidate. However, God still wants us to be involved as good citizens. As C.E.B. Cranfield warned, allowing a greater evil because we won’t accept a lesser evil is dangerous.

A common critique of this view among evangelical elites focuses on how a Christian must refrain from supporting a bad person. How do we reconcile this seeming tension? Graded Absolutism.

Christians believe our actions must be governed by God’s absolute moral standard. The standard proceeds from his unchanging nature and His expressed commandments, according to philosopher and theologian Norman L. Geisler. Yet, we live in a fallen world where the likes of Stalin and Mao murder millions. Because evil exists there will be times that our moral duties may conflict. The textbook example comes from the life of the heroic Christian Corrie Ten Boom who lied to save the lives of Jews during Nazi occupation of her homeland.

Geisler explains, “graded absolutism holds that our responsibility is to obey the greater commandment, and we are not guilty for not following the lesser conflicting commandment.”

Applying this to an election is useful. Christians should rank their priorities based on the Bible’s teachings. (Pro Tip: Any consistently Christian worldview will rank protecting babies and religious liberty at the top.)

Ordinarily, as Christians we shouldn’t promote someone with character flaws; however, in the context of an election, Trump’s character flaws were far less dangerous than the policies offered by Democrats and the Democratic nominee Hillary Clinton.

This is why Christian voters instinctively focus on abortion and religious liberty. These are key issues. Protecting innocent life and worshiping God freely are at the heart of God’s purpose for government.

Any vote destructive of those ends defies God’s created order. As Christians, we should vote for candidates who best further these policy goals.

But what about other issues? Aren’t they important too? Of course, but is any issue more fundamental to the purpose of government than the protection of innocent life? Isn’t that the cornerstone of justice?

Voting in a fallen world where Christian and non-Christians participate in the political process necessitates compromise and focus. Compromise in understanding that gains may be tempered by the limitations of the mechanisms of the state (constitutions or courts, etc.). Focus in understanding that one election or cycle is not enough to bring lasting change on these issues.

Cranfield explained a theological basis for these limits, “Both New Testament eschatology and the New Testament insistence on the fact of human sinfulness lead us to the realization that there are limits to what we can achieve in the sphere of politics, and that therefore limited goals are not to be despised.”

Evangelical Christians in 2018 must continue their efforts from 2016 to defeat the attacks on life and liberty. Christians with a consistent Christian worldview must prioritize protecting innocent life and religious liberty. At a minimum, that means opposing the party of abortion and religious oppression (the Democratic Party) at every opportunity.

Politics requires discipline. To achieve results, Christians must be consistent voters and able to ignore the distractions from political opponents (even when they are or claim to be fellow Christians.) Christians must remember that heading into the 2018 election and beyond.

6 thoughts on “How Christians Should Vote: A Christian model for voting in the 2018 midterm elections & beyond”