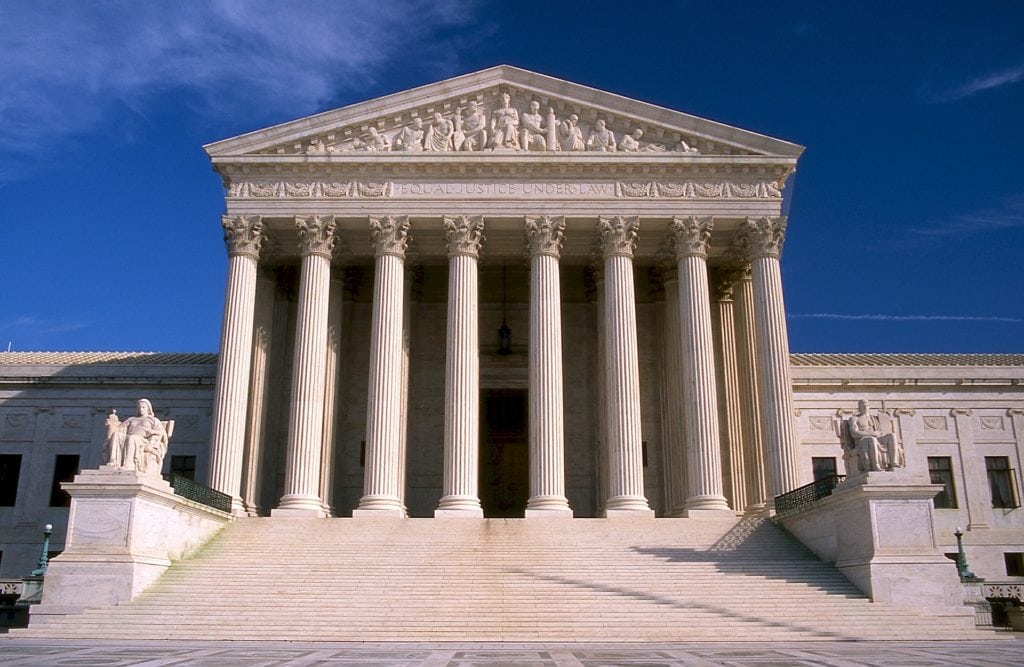 The retirement of Justice Anthony Kennedy rocked the political world. It was an earthquake. It was as serious a legal and political earthquake as the death of Antonin Scalia in 2016. Back in 2016, President Obama was poised to reshape the court, but Senate Majority Leader Mitch McConnell delayed the vote until after the 2016 Presidential Election. With the balance of power on the Supreme Court on the line in the 2016 election, Russell Moore and his fellow Never Trump evangelicals committed political and theological malpractice. They worked hard to defeat the only conservative candidate in the presidential race—and by doing so were almost responsible for turning the Supreme Court into a liberal majority for a generation.

Justice Kennedy’s retirement means that Donald Trump (but never forget it easily could have been Hillary Clinton if our Never Trump friends had gotten their way) will nominate two Supreme Court justices. That is as many as Barack Obama and Bill Clinton were able to do in eight years. Never forget that Justice Ginsburg is 85 and Justice Breyer is 79—both at or rapidly approaching retirement.

While the Founders never intended the Supreme Court to be this powerful, this is the current reality—control of the Supreme Court means control of the United States. It will either mean the rule of law is respected and our religious liberties or the US surrenders to the passions of progressives and religious liberty turns into religious persecution. Justice Gorsuch (the Trump appointee) and Justice Kennedy (despite his flaws) were important in this last year for holding back the attack on Christians.

How different this term and next year would look if Hillary Clinton won in 2016!

William Lane Craig pointed to the Supreme Court’s importance as an instrument for normalizing once unthinkable behavior. Craig said, “We’ve already learned from Roe v. Wade and Obergefell v. Hodges the sort of cultural shifts that can occur when the Supreme Court by 5-4 decisions makes legislative decisions from the bench.”  Dr. Craig has also spoken about how often society accepts Supreme Court decisions as settled law even when they were once unthinkable behaviors like gay marriage where we’ve witnessed a rapid acceptance post Obergefell.

This is why the Supreme Court matters. Despite the naïve view that politics does not influence moral thinking, there appears to be evidence that it does influence not only conversations but convention in society. While politics reflects culture, no doubt it like Hollywood and the media also feed back into culture in a dynamic process.

Instead of viewing politics and culture in a dynamic way, Never Trump folks like Russell Moore and the Southern Baptist Ethics and Religious Liberty Commission provided a simplistic view of politics and theology. While the brightest evangelical minds like Systematic Theologians Wayne Grudem and Norman Geisler and Philosopher/Theologian William Lane Craig endorsed  Lesser of Two Evils Voting behavior, Russell Moore mocked such thinking and Trump voters.

Russell Moore’s failure as a theologian and political leader is his confusion over government. Christ did not come to earth to give us a manual for running the state. Martin Luther said it best back in 1530: “In the preaching office Christ does the whole thing, by His Spirit, but in worldly government one must use reason, — from which the laws have come, — for God has subjected temporal rule and bodily things to reason ( Genesis 2:19), and has not sent the Holy Spirit from heaven for this purpose. Therefore governing is harder, because it cannot be ruling over things that are certain, and must act, so to speak, in the dark.”

There is no Gospel immigration policy, or Gospel defense procurement policy. Christ and the Holy Spirit did not tell us how to fix healthcare.

Christians must be wise in how we approach politics. We must resist the simple-minded “Gospel” appeals and apply reason and the Bible to it as Martin Luther advised. Any other action would be unwise—like trying to get a liberal, Democrat elected instead of a conservative Republican.