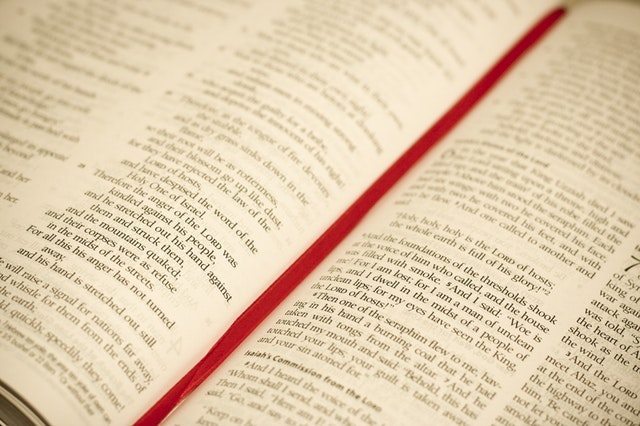 Woke Ideology is New Gnosticism; Are Southern Baptists ready for a Progressive SBC President who embraces Neo-Marxism and its Racial Identity Politics?

Southern Baptists might be surprised to find that SBC presidential nominee J.D. Greear embraces the rhetoric of Neo-Marxist racial identity politics through the use of the terms like “White privilege” and “Wokeness.” Greear has said that America in general, and white evangelicalism in particular, is beset with systemic racism. His church is even hosting a three-week course on racial issues of “White Privilege” along with “Wokeness.”

The Summit Institute declares the course on Race in America: Past, Present and the Church’s Path Forward: “Join Pastors Chris Green, J.D. Greear and other Summit Leaders for a close look at Race in our society. This 3-week course will provide a Christian perspective on America’s history and future regarding ethnic relations. Come and discuss Black History, White Privilege, Wokeness, together with your fellow believers in a safe and gospel-centered environment. Leave with practical action steps to help make the church, and our society, a multi-ethnic haven.”

Wokeness is the new Gnosticism, as has been noted. Gnosticism was the early church heresy that promoted the belief that some have an elevated knowledge than others. This concept aligns with the idea behind the newly coined buzzword “wokeness”, since those who are considered the “woke” claim to have a sense of the social injustice present in America.

“The word woke became entwined with the Black Lives Matter movement; instead of just being a word that signaled awareness of injustice or racial tension, it became a word of action. Activists were woke and called on others to stay woke,” according to a blog post from Merriam-Webster.

Greear appears to hold the view that some Christians have more insights than others about racial matters— illustrating the relation of Wokeness and Gnosticism, Greear wrote, “For those of us in the majority culture, this process has begun with a posture of listening, not talking. The definition of a blind spot, after all, is a weakness that we don’t know that we have. Historically, the most insidious blind spots result from positions of privilege and power. If we are serious about discovering these blind spots, it means committing ourselves to uncomfortable conversations where we seek more to understand than we do to be understood.”

Greear has adopted the rhetoric of White Privilege on several occasions. According to the Christians Post in a story headlined “Megachurch Pastor Says White Christians Must Recognize ‘Privilege,’ Share Burdens Believers of Color Face,” the Post reported, “Megachurch pastor J.D. Greear of the Summit Church in Raleigh-Durham, North Carolina, said that white Christians must offer to share the burden that believers of color face in society, in order to progress toward racial reconciliation.”

Jordan Peterson explained the rhetoric of white privilege arose out of Marxism. According to this conference summary, “The Marxist concepts of the ‘oppressed and the oppressor’ continued to manifest themselves in countless ways eventually leading to the coining of the phrase ‘white privilege’ by Peggy McIntosh in the late 1980s.  Eventually, the neo-Marxist concept of ‘white privilege’ evolved into social doctrine within progressive political camps.  Even more concerning is that the fallacy of ‘white privilege’ has found its way in through Reformed Christian circles and into the two largest Protestant denominations in the United States: The Southern Baptist Convention and The Presbyterian Church in America.”

Greear wrote on his blog that systemic injustice still exists in America despite the gains of the Civil Rights movement, “Whether you want to call that ‘white privilege’ or ‘systemic injustice,’ blacks have not always received the same equal protections under the law, nor been afforded all the same opportunities and privileges as have whites. That is easily demonstrable from history, when actual codified laws—like Jim Crow laws—overtly discriminated against blacks. But even today, post Civil Rights era—when most, if not all, codified prejudice has been removed—in practice, police, judges, and sometimes even juries often adjudicate unfairly against blacks.”

Greear affirmed white privilege exists in a posting shared by the ERLC. Writing about Ferguson, Greear said, “As we’ll explain below, white privilege most certainly exists in our culture, but to prematurely turn this situation into an illustration of that—or the basis of a call to action—before it has been proven is to create a scapegoat out of potentially innocent people.”

Greear even praised the ERLC’s recent conference that featured political sloganeering on issues of race. Greear tweeted approval of the “challenging conversations” taking place at the Russell Moore led conference. Unfortunately, the conference was anything but good for Christianity.

Darrell B. Harrison of the Just Thinking podcast and blog summarized the conference agenda as overt politics. He wrote, “Listening to the speakers at this #MLK50Conference, I’m having a difficult time distinguishing this event from the conferences put on by Al Sharpton’s National Action Network and Jesse Jackson’s Operation P.U.S.H.”

Later, Harrison tweeted, “What’s sad about some of the messages coming out of the #MLK50Conference is they are targeted only at white pastors/churches, as if black pastors/churches don’t have their own historical sins from which they must repent. Black evangelicals can harbor sinful biases as well.”

But that wouldn’t fit the narrative Dr. Moore is trying to advance.

The ERLC conference even featured the absurdity of the word “micro-aggressions” included during the worship music. In a performance before Matt Chandler spoke, apparently these lyrics were recited:

“Father, we need our minds to be renewed by You
Cause it’s a daily fight to remind myself that I am worthy
When microaggressions lie behind every other corner lurking
We been hurting for a long time, weary souls
Why’s it seem like my brothers in Christ can’t understand it though?”

One of the most racist recent comments in evangelicalism came from Southern Baptist Pastor Thabiti Anyabwile. Anyabwile was on the Advisory Panel and Programming Committee of the ERLC’s MLK50 Conference. He posted this rant at The Gospel Coalition blog, “My white neighbors and Christian brethren can start by at least saying their parents and grandparents and this country are complicit in murdering a man who only preached love and justice.”

Anyabwile’s entire piece is called “We Await Repentance for Assassinating Dr. King.” Read it. It is shocking, but this is what Russell Moore wants of the Southern Baptist Convention. One of my friends on Facebook pointed out the essential assumption of the entire article is that blacks are the proletariat and whites the bourgeoisie.

Want to know how embedded Thabiti Anyabwile is with J.D. Greear and Russell Moore? They are popular panelists together on the TGC, 9Marks circuit, and both Greear and Anyabwile are part of the author team of the ERLC’s Gospel For Life series. And just this week, Greear endorsed a book from 9Marks leader and ERLC fellow Jonathan Leeman. Leeman is the former elder at Capitol Hill Baptist Church and taught an entire Sunday School Class on Racial Identity Politics. 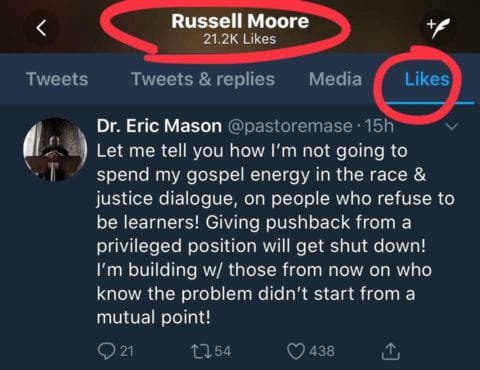 Dr. Moore’s embrace of this new Social Justice mysticism can be illustrated in one Tweet the ERLC chief liked on Twitter. Moore liked this tweet from Dr. Eric Mason, “Let me tell you how I’m not going to spend my gospel energy in the race & justice dialogue, on people who refuse to be learners! Giving pushback from a privileged position will get shut down! I’m building w/ those from now on who know the problem didn’t start from a mutual point!” The head of the SBC ERLC liked a tweet saying that some Christians should sit down and shut up and listen to the enlightened “Woke” among us.

Do Baptists want more racialism and identity politics? Then they should vote for Greear. For the rest of us, we must put aside our identity as black or white Baptists, Calvinist or Traditional Baptists and unite to fight the infiltration of our Convention from the Neo-Marxist racial identity division. Ken Hemphill is the only option in this campaign unhindered by loyalty to Russell Moore’s progressive politics.

During the Conservative Resurgence, Calvinists and Traditionalists stood shoulder-to-shoulder in the ranks fighting for the Gospel. It must be no different today. This is not a Calvinist versus non-Calvinist fight. Many of the people standing firm against today’s Racialism are Calvinists. So, Calvinists should not be deceived by the rhetoric coming out of the Greear partisans that this is only a campaign against Greear because he is a Calvinist. People are campaigning against Greear because he is not what the Southern Baptist Convention needs at this time in SBC history.