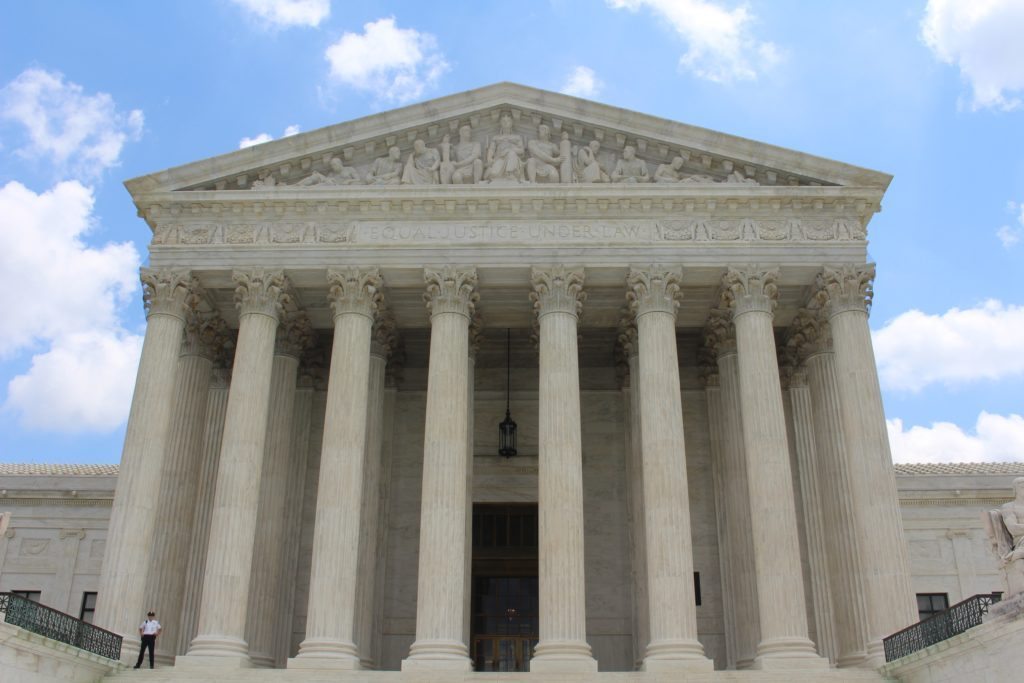 What happens when trustees and the entity heads they supervise come from the swamp of Washington, D.C.? You get racialized politics from Southern Baptist pastors and your Southern Baptist Ethics and Religions Liberty Commission (ERLC) promoting immigration policies that benefit the wealthy. It was revealed earlier this week that the pro-open door immigration Russell Moore is supervised by ERLC trustee chairman Ken Barbic who earns his living promoting cheap immigrant labor for western farmers. Now, we find out the trustee’s church advocates racial identity politics.

Barbic is an elder at Capitol Hill Baptist Church in DC. Also an elder at the church is Jonathan Leeman. Leeman blogs at the increasingly leftist Gospel Coalition (home to the now infamous Hillary Clinton booster Thabiti Anyabwile) and is editorial director of 9Marks. Leeman posted a blog at TGC regarding Christians and social justice equality. This post at TGC was excerpted from a post at 9Marks that was a manuscript from Leeman’s 13-week Sunday School class taught at Capitol Hill Baptist Church. The class explored Christians and government. Lesson 10 explored Justice and Identity Politics.

Leeman taught in Sunday School, “’Privilege’ is what one group of people enjoys after generations of oppressing and discriminating against another group of people. Its effects are society-wide.”

These can result in things like, “Police and airport security profiling present another example of the injustices that can occur when applying the calculations of justice at a group level indiscriminately to the individual. Black drivers or Arab-looking individuals at the airport are treated differently according to their group membership, which leaves them feeling individually violated.”

These are just some examples of the structural issues in America, according to Sunday School lesson.

Leeman wrote, “The claim of identity politics is not merely that individual actors act in a fashion that’s racist or sexist. It’s that the larger structures of society themselves are racist or sexist or unjust. So it’s not enough that I, an individual white male, examine how I treat minorities and women, make sure that I’m treating everyone fairly, and apologize for those places where I haven’t treated people fairly. Rather, I must recognize certain ‘structural’ injustices as well. That is, that we live in a system of laws, institutions, society-wide patterns and practices and values that give me an advantage or power over women and non-whites. That’s what people mean by ‘structural injustices.’ The laws, traditions, and habits of our culture favor my skin color.”

A key point raised in the Sunday School lesson focused on the role of justice. Leeman argued it goes beyond fair legal process and requires something more. He wrote, “Justice, after all, involves a reckoning. It’s not just a putting down of the oppressor; it’s a lifting up of the oppressed and downtrodden…The challenge of affirming merely a fair process is that it’s atomistic. It views people as isolated units. And it doesn’t account for generational and relational connectivity. It doesn’t account for the entrenched and cyclical nature of poverty passing from one generation to another.”

Leeman stopped short of advocating specific policies and noted the dangers of going too far left in pursuit of justice. He wrote, “It’s hard to see how this isn’t a massive violation of other principles of justice, such as the violation of private property or a severe partiality against the rich. Or suppose we bus students from Edison High School over to Northeastern High School, and require some of those students to bus back to Edison. How is that a fair process!”

You can read the entire post at 9Marks to judge the lesson’s content for yourself. Is this the type of Sunday School material you would like to see in your church? What does it say about the church where our ERLC trustee chairman is an elder? This seems to be a critical question–Who is watching Dr. Russell Moore? We really don’t know much of anything about the trustees who seem to embrace racialized politics, and open-door immigration for the benefit of the rich.

“Many people outside the SBC are also afraid to speak up out of fear for being blacklisted by prominent Evangelicals and conservative Catholics with whom Dr. Moore has worked hard to cultivate influence. He is a major player in the evangelical Gospel Coalition and a darling of Catholic renewal publication First Things, two organizations that I respect greatly,” Professor Gagnon said.