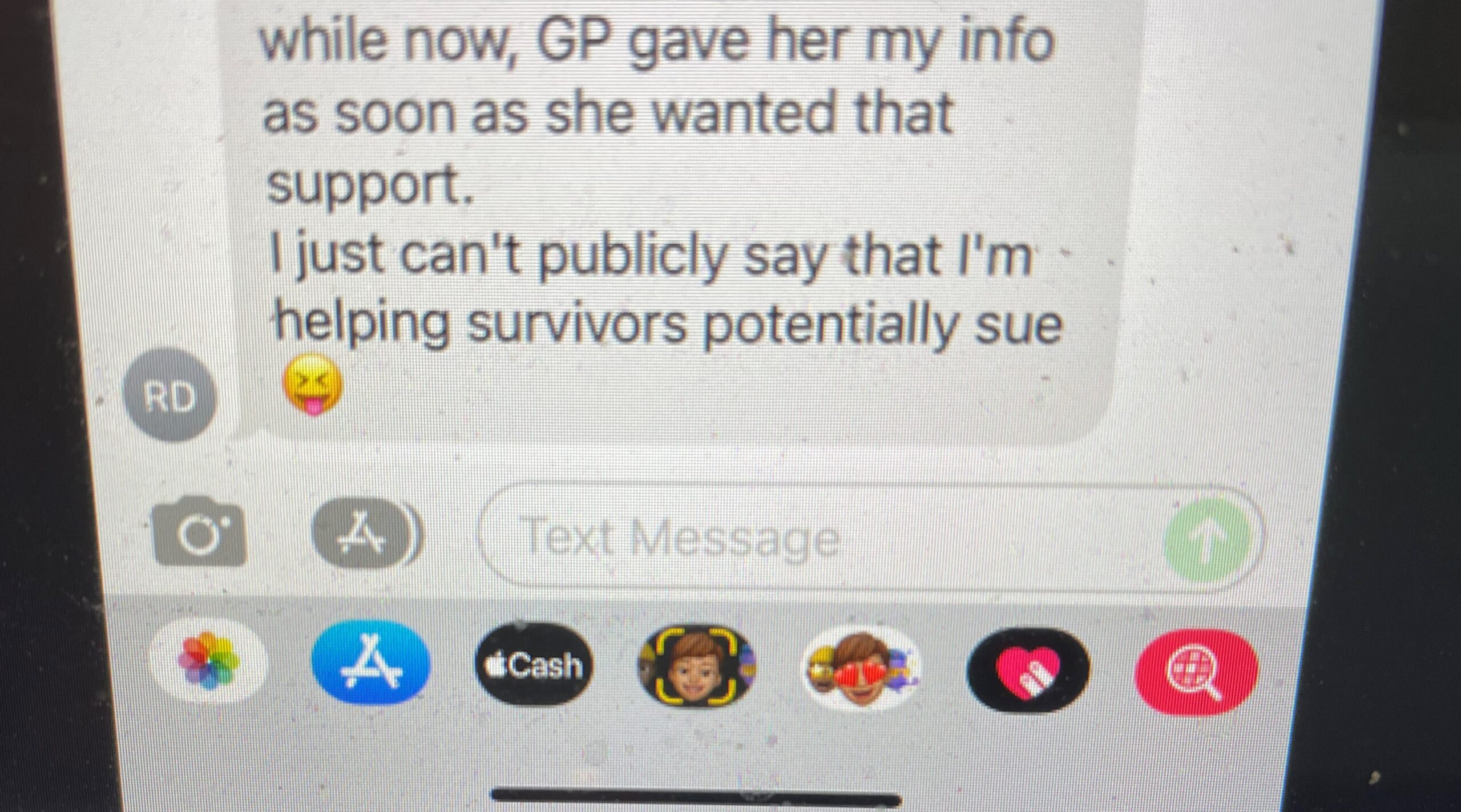 Is the SBC paying a lawyer to direct people to sue the SBC?

The Southern Baptist Convention is directing abuse reporters through its Abuse Hotline to an abuse advocate and lawyer Rachael Denhollander. Unfortunately, new revelations reveal not only Denhollander’s conflict of interest but also, she is secretly directing abuse survivors to lawyers who could file lawsuits against the SBC and directing the abuse survivors to friendly members of the press—in what is clearly a pressure campaign against the SBC. So, it would appear the Southern Baptist Convention is funding a system where abuse victims are routed to a lawyer who advises alleged abuse victims on tactics to maximize financial and reputational harm to the SBC.

Abuse survivor and appellate lawyer Christa Brown made the stunning revelations in a new column posted by Baptist News Global and then revealed supporting documentation on Twitter. According to the documents posted on Twitter,

Brown said, “Since my truthfulness has been publicly questioned, here’s 1 text from Denhollander: ‘I am the advocate they will refer survivors to so I can help them evaluate press & legal options…’ There’s more. I gave documentation to @baptist_news before they published. Common practice… Context? Here’s another excerpt from a Denhollander text: “GP gave her my info…I just can’t publicly say that I’m helping survivors potentially sue…” That is apparently one reason why this info about Denhollander’s role with the hotline has not been widely disseminated.”

The SBC is funding the hotline. The only question—is the SBC paying Denhollander?

If so, that raises all sorts of legal questions. Of course, even if not that raises serious questions. Plus, there were already questions with the Sex Abuse Task Force decided to “retain” Denhollander—after all Denhollander represented a client who threated a lawsuit against the SBC and settled that case for over a million dollars thanks to Ronnie Floyd’s desire to make the problem go away despite legal guidance that the SBC should have resisted the libel claims.

In June of 2022, the Daily Wire posted an extensive report chronicling the conflict of interests involving Denhollander and the SBC. Here is a key quote form the DW: “Some legal experts told me Denhollander’s previous representation of Lyell against the executive committee made her later advisory role to the task force ethically questionable.”

Now Denhollander’s involvement in the hotline has abuse survivors pointing out potential conflicts.

Brown in her opinion piece posted by Baptist News Global says, “Denhollander has been occupying dual and potentially conflicting roles: (1) as the designated advocate for individual survivors who make sexual abuse and concealment reports involving the SBC and its affiliated churches; and (2) as an adviser to the SBC on its handling of sexual abuse and concealment. At a minimum, these dual roles create the appearance of a conflict of interest, which would be troubling in and of itself, and they may potentially give rise to an actual conflict. Some would refer to this as a ‘two-hat’ issue.”

And as some noted—put another hat on Denhollander because she also represented someone who won a settlement from the SBC.

How much did Denhollander earn from that?

The SBC needs to reveal how much if anything Denhollander is being paid by the SBC to serve as an abuse advocate. This is important for two reasons: 1. Abuse advocates should know if the person they believe is helping them is really paid by the organization they are thinking about suing; and 2. The SBC should know if it is funding a system where someone is paid by them to ruin their reputation and create potential lawsuits and perhaps in a nightmare scenario for them even set the ground for a class action.

This type of conflict of interest is inherently dangerous to all parties. It should be avoided in normal situations—how much more so when dealing with explosive and emotionally painful issues like sexual abuse in the church!

Boz Tchividjian, a lawyer and advocate for abuse victims, blasted the SBC’s sexual abuse hotline over its lack of transparency and apparent conflict of interest. He said the abuse hotline “simply cannot be trusted.” He explained why in a social media post.

According to Tchividjian, “Since its inception, the SBC hotline has created more questions than answers about its purpose, its protocol, its personnel and its product (what it does with the information it collects). The information @ChristaBrown777 uncovers in this article raises even more questions and a number of legitimate conflict of interest concerns about the hotline. This information should be disclosed to every victim BEFORE they pick up the phone to call the hotline. he lack of transparency here once again places the institution in a position of power and knowledge over victims. Without crystal clarity and transparency, this hotline simply cannot be trusted.”

This seems like good advice for abuse victims and the Southern Baptist Convention itself. Did it know of all these cozy arrangements created for Denhollander?

And as one member of the Conservative Baptist Network said, “So the leftists got control of the SBC Executive Committee and Credentials Committee over a year ago. Supposedly over sex abuse. Hundreds if not thousands of churches were covering it up, don’t you know. So we were told, anyway.

And yet, more than a year later, the so-called ‘reformers’ haven’t found a single church to disfellowship for violating the anti-sex abuse rules. Not even one.”

And again, “Why has the new team not disfellowshipped a single church for sex abuse, when we were told there were hundreds, if not thousands?”

Because the people who seized power in the SBC don’t care about abuse victims. They only care about money and power. Plus, they are too stupid to realize the dangerous games they are playing.