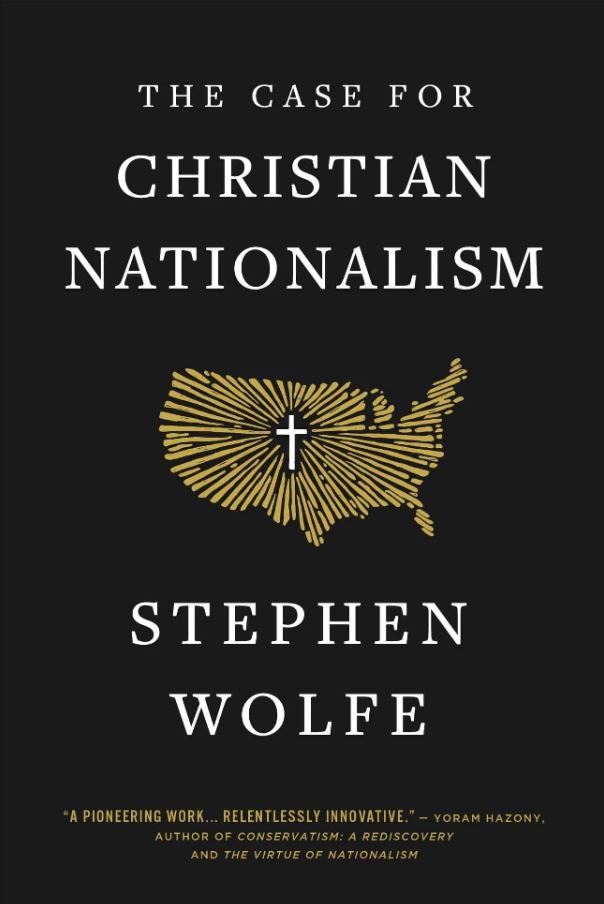 Petty, insecure, jealous Evangelical Elites, and wannabe-Elites show how far they will go to gain power. So, why should the wise trust them with power?

Davenant Institute: The Crybullies of Evangelicalism

Just before the Third Annual National Conservative Conference a clique of evangelicals clustered around the Davenant Institute attempted to get a Daily Wire reporter and evangelical writer canceled from the conference. Her great sin? Not being an evangelical elite.

Megan Basham announced the title of her presentation at NatCon: “How America’s Pastors Compromise the Gospel to Appease the Political Left.” The reaction by the Davenant Institute clique was to call label her an “unaccountable culture-warring journalist without church office or apparent theological training using an evangelical conference to undercut ordained ministers is an extremely egregious example of what the original Big Eva critique was attacking.”

And the head of the Davenant Institute Brad Littlejohn responded to Alastair Roberts by declaring the entire thing problematic.

Littlejohn said, “This is indeed concerning. Thanks for flagging this; I will mention it to the organizer.”

Crybullies. That’s the Davenant Institute. They whined that some “untrained” person was daring to think for herself and critique the big names of evangelicalism.

After all, that’s their job. Remember when Littlejohn attacked John MacArthur for daring to declare the Church is Necessary and services should be held?

Back during the height of leftist overreach of lockdowns and mask mandates, John MacArthur and Grace Community Church stood against the tyranny. They fought for religious liberty in court—and won. MacArthur appeared on Tucker Carlson’s Fox News show explaining how the government harmed the spiritual condition of his church.

“We’ve had no funerals. No weddings. I can’t go to the hospital. I’ve had to go on the phone to talk to dying people at the hospital,” MacArthur said.

Well, Littlejohn doesn’t care. He wrote an entire essay defending draconian government practices. And not to put too fine a point on it, he said the state has significant input into how and when churches can meet.

According to Littlejohn, “My argument against MacArthur was that he failed to understand the legitimate authority of the magistrate over the times and places of public worship.”

Davenant is an apologist for overweening state power.

Let all that serve as prologue to the next part of this drama—Davenant’s desire to control the Christian Nationalism debate.

The Case for Christian Nationalism by Stephen Wolfe has rocked evangelicalism. It challenges many modern assumptions of the Evangelical Elite’s political theology. What are those assumptions? Evangelical Elites are in favor of whatever Secular Elites want—the only difference is that evangelical elites lag about a decade behind accepting it.

Wolfe’s book has been favorably received by some and received varying degrees of pushback including this critical review from Mark David Hall at Providence.

Regardless of what people are saying—they are talking about Wolfe and his new book.

And you can sense the tension within evangelical thinkers because Stephen Wolfe’s book sold lots of copies.

So, off to accuse Wolfe of racism or Kinism or some other type of breach of modern-day norms that would anathematize him and result in a social media book burning.

But, nobody has yet found the smoking gun to label Wolfe a racist. About the most that can be done is exactly what Mark David Hall did in his very helpful review of The Case for Christian Nationalism—point out the need for clarity in repudiating dangerous identarian ideologies.

Whenever one cannot destroy someone as a racist, they naturally go looking for someone close to that person to destroy.

Who is Thomas Achord? Achord is a writer on political topics and co-host with Stephen Wolfe of the Ars Politica Podcast. He was also headmaster of a Christian Classical School in Baton Rouge. For more on how Achord’s social media history was uncovered and revealed racist, misogynistic, and antisemitic tweets, you can read Rod Dreher’s post on the subject. That post also contains a link to some damning GoodReads selections by what they claim is Thomas Achord’s personal account.

If you see Achord as a proxy war against Wolfe—you aren’t alone. None other than Douglas Wilson said that very thing. Wilson summarizes things thusly, “The larger allegation is that Stephen Wolfe is a wolfe in sheepe’s clothing, that he is a bad actor, a die-hard kinist himself, and one who knew good and well what Thomas Achord was up to in his spare time. His book is a thinly disguised apologetic for white Christian nationalism, and so on.”

In fact, none other than Roberts made that clear in this tweet. He writes, “Canon Press (@canonpress), whom I graciously allowed to see some of my claims in advance, is standing by their man.”

The entire goal was to cancel Stephen Wolfe and to get his book project scuttled.

Why? Because the Davenant Clique fears losing control of how Reformed Christian Nationalists think. Remember all the way to the opening of this post—Davenant wanted to cancel an innocent reporter for no other reason than she wasn’t part of the Ph.D. guild.

Speaking of—aren’t all the worst people today holders of a Ph.D.? Oh well, that’s probably a topic for another time. Anyway, back to the point: the attack on Stephen Wolfe is a desperate attempt by failed academics attempting to destroy a young upstart for eclipsing them.

They aren’t really concerned about Wolfe’s Christian Nationalism’s statist designs—after all, they share them and were busy attacking John MacArthur for fighting the church lockdowns.

The Davenant’s attacks on those they deem a threat shows why Christian Nationalism probably won’t work—who would trust any of these Christians with political power?

The Flaw(s) of Christian Nationalism

Would you feel safe if the state established a church and someone like Littlejohn was placed in charge of it?

Carefully ponder this point. Wolfe argues forcefully (and likely correctly) that the Bible does not prevent the state from adopting the true religion and then enforcing elements of it (though never conversion). Would those of the Davenant Clique who doxed a friend of Wolfe be trustworthy to hold such power?

If not them, would anyone?

And perhaps that is why the Founders and for that matter classical liberalism attempted a compromise.

The result of Christian Nationalism of the statist variety is to build windows into men’s souls—something wise statesmen since Elizabeth I have eschewed.

Also, the establishment of religion would precipitate the exclusion of others who share our worldview and political goals—bluntly, this would exclude from power non-conforming groups like Jews, Muslims, and pro-liberty atheists in the version of Christian Nationalism promoted by Torba and Isker.

This seems the opposite of wise. However, it does seem an inevitable outcome of even Wolfe’s establishment vision. (Plus, even if it is not intended, it would become a lever to gain even more power. Those who love history should read how the Tories attempted to drive from any share of power the Whigs via the Occasional Conformity Bill.)

And if excluding groups like conservative Jews, Muslims, and atheists were not dangerous enough, perhaps most dangerous of all is the push to remove women from a share of political power. Thus, a core concept of Christian Nationalism would be the consolidation of political social power in the hands of the patriarchy because “it follows logically from the divinely ordained (and hence universal), hierarchical arrangement of the household,” (pp. 73-73, Case for Christian Nationalism.)

Also, the attack on women is going to harm not help the project of Christian Nationalism and the broader project of conservatism.

Yes, Feminism is a cancer destroying America and the West. That does not mean that women should lose the vote.

Is the problem that women vote Democrat (which let’s be honest, this is a significant issue causing critiques of feminism among conservative men), or is it that modern society’s consumerist model combined with the breakdown of family and community a legitimate reason that women look to the state for the support they once received from church, family, and community?

Whatever the causes, Christian Nationalism to win in the West would need the participation of and even the leadership of many millions of women.

I see no good in eliminating leaders like Elizabeth I, Queen Anne, or Margaret Thatcher. Also, look at how many women were leading the fight against CRT and other problems in our schools. Should we push these people aside or should we instead thank them for their service?

And lest anyone raise the issue of the Church—it should be clear that women holding political power in the state is different than women holding positions of authority in the church. We have specific Apostolic commands regarding the position of women in the church itself. We have no such commands regarding the position of women in a Republic. We’d do well to remember that.

Conclusion: The Problem of Power

With the way the Davenant Clique behaved in the last week in a mad scramble to regain their slipping grip on power in the Reformed political theory realm, why would anyone trust a Christian Nationalism led by such people?

They really are not so different than our secular elites—they were happy to use an online cancel mob for their proxy war.

The episode with Wolfe and the prior episode with trying to get a reporter canceled at the National Conservative Conference illustrate the problem of power. Power can be used for good or ill, and too often it is used for ill. The Founders were wise to limit power. Unfortunately, forces on left and right are attempting to undo that delicate balance.