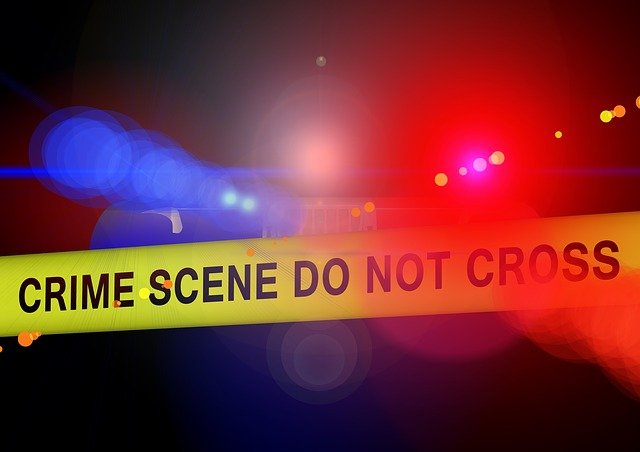 None other than former Attorney General Bill Barr said that George Soros was pushing a dangerous “social justice agenda.” In December 2019, Barr said that Democrats funded by Soros were trying to hinder law enforcement work against crime.

Barr said, “They are following policies that are ultimately going to lead to an increase of violent crime and more victims.”

And well, here we are. As Fox News reported, “Violent crimes on the rise in 2022, following previous unprecedented spike in murders.”

Evangelical Elites pushed by the rhetoric of social justice joined the agitation for Criminal Justice reform. The view was that too many people are in prisons and society should do something about it. Of course, that all sounds good. However, the net result is to release criminals—often hardened criminals—back into society.

A Memphis kindergarten teacher was kidnapped, raped, and murdered allegedly by Cleotha Henderson. Henderson has a criminal history. Police claim Eliza Fletcher suffered a violent end at the hands of Henderson. Henderson served prison time for kidnapping and recently was charged in a case of identity theft.

In other words, Henderson had a “violent history” including a previous rape conviction, according to Fox News. Fox News reported, “Authorities confirmed to Fox News Digital on Tuesday that a juvenile court found it to be true that Abston-Henderson, who is also known by the alias ‘Pookie,’ committed a juvenile delinquent act of rape against an unnamed suspect when he was 14.”

And we are not done with Memphis.

Last night Ezekiel Kelly livestreamed on Facebook a shooting spree that resulted in numerous shootings across the city. Police urged people to stay indoors as Kelly appeared to randomly pick targets—this included someone wearing scrubs when witnesses claim Kelly carjacked them. According to KWAM, Kelly killed four people and injured three others.

Naturally, people are upset that Kelly was recently let out of prison early.

Kelly served only 11 months of a prison sentence for attempted first-degree murder. A Memphis city councilman demands an end to “catch-and-release” criminal justice.

Todd Starnes asked, “He was sentenced to three years but was released March 16 this year. Who are the monsters who let the monster out of prison?”

Good question! Who are these monsters?

We know Soros-funded DAs are part of the problem. However, Democrats are always going to promote lawlessness because it helps them undermine the rule of law by creating anarchy in our cities and at the same time weaponizing the FBI against their political enemies. But this is only part of the problem. We should pay special attention to the evangelicals who promote pro-crime policies.

In 2020, Evangelical Elites including the Democrat front group the And Campaign along with the National Association of Evangelicals (NAE) launched a push to ease sentencing requirements and make parole easier for convicts. The Washington Post reported on the launch of the Prayer and Justice Initiative.

“The church as a whole, especially certain parts of the church, have not been very clear where they stand on racialized violence and on racial justice in general,” said Justin Giboney, president of The AND Campaign in a report from the Religion News Service.

TGC published Rasool Berry’s article urging prison reform. Berry wrote, “Even if we don’t all agree on the reasons why America’s prison system incarcerates more image-bearers than anywhere else in the world, hopefully we can agree it’s a tragedy that falls far short of the Bible’s vision of human flourishing. And when we consider the ways mass incarceration has disproportionately affected particular populations, it becomes even more troubling; the injustice reveals partiality, and partiality is sin (James 2:1).”

See the rhetoric at work? Criminal Justice in America is racism; thus, the system must be deconstructed and rebuilt on leftist principles. The Prayer and Justice Initiative made it clear with the inclusion of George Floyd in its statement.

The Initiative’s website said, “We mourn the loss of Breonna Taylor, Ahmaud Arbery, George Floyd and all others who have lost their lives due to racialized violence. The Church must take these injustices personally, and take initiative to expel racial hatred and partiality from our society.”

Among the supporters of this reform push organized by the Democratic front group AND Campaign included Evangelical Elite groups like the National Day of Prayer, World Relief, the Judge 3 Project, the National Association of Evangelicals, and the American Bible Society—and many more.

Why is the National Day of Prayer and for that matter the American Bible Society supporting blatantly leftist and partisan criminal justice reform?

It shows just how far the rot of leftist ideology has infected Evangelical institutions.

Since at least 2015, CR has warned about the dangers posed by leftist infiltration of our churches. Now is a good time to see just how far left our evangelical elites have drifted.

By embracing the rhetoric of Critical Race Theory (CRT) in the push for criminal justice reform, evangelical elites are giving cover to radical Democrats and making our cities dangerous.

Politicians, particularly Democrats are the most to blame for this crime surge; however, Evangelical Elites bare part of the blame too.

And Republicans. The GOP isn’t going to come out of this without bearing some responsibility.

Pedro Gonzalez said, “The state of the U.S. right now is that both parties to some degree or another sympathize more with Eliza Fletcher’s killer than they do all the future Eliza Fletchers, because we have decided that certain groups are Sacred People, beyond reproach and discussion.”

Gonzalez shows in that Twitter thread how far the ideas of reform have spread into the GOP.

Gonzalez also shows how dangerous letting criminals back out into society can be—he cites the painful case of Reagan Tokes. According to Gonzalez, “At the time Golsby killed Tokes, he was wearing a GPS monitor issued to him by the Ohio Department of Rehabilitation and Correction while he lived in state-contracted housing. He didn’t even bother taking it off. Why would he? Neither the housing program nor his parole officer monitored him properly. He violated his parole several times weeks before Tokes death.”

Christians, you should stop listening to anyone calling for Prison Reform or Criminal Justice reform. Locking up criminals is the right thing to do. Anyone claiming otherwise is making this crime surge possible.