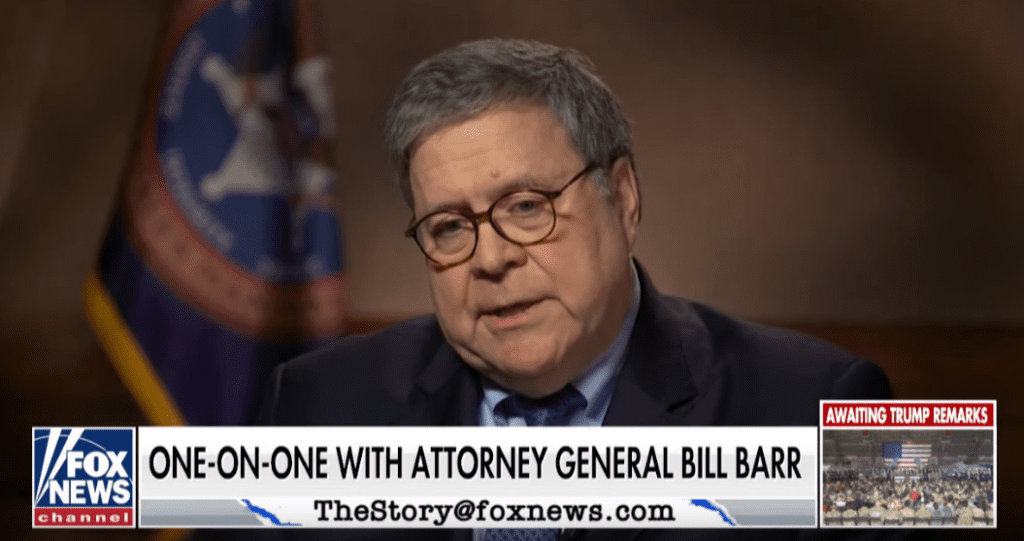 Donald Trump’s Attorney General said that Social Justice is a threat to real justice and that George Soros is trying to hinder law enforcement through the promotion of this false idea. AG William Barr made the comments during an interview with Martha MacCallum of Fox News. Barr said the social justice agenda is making people less safe:

Q: You talked in your piece about Social Justice DAs and put “Social Justice” in quotes. What did you mean by that? What does that mean?

A: “George Soros has been coming in largely in Democratic Primaries were there is not going to be much voter turnout and putting in a lot of money to elect people who are not very supportive of law enforcement. And, don’t view the office as bringing to trial and prosecuting criminals but pursuing other Social Agendas. And they have started to win in a number of cities.”

This is true. Social Justice is not Justice. It is the promotion of grievance. It is a new favoritism for so-called harmed classes at the expense of the so-called oppressor class.

Social Justice as a concept arises out of Post-modernism’s critique of the West. Its critique, like acid, burns through concepts like justice and leaves chaos in its place. (The late Dr. Norman Geisler used “the acid of criticism” to describe this Neo-Marxist phenomena in an excellent essay contrasting secular worldviews with biblical worldviews.)

This isn’t the first time Barr talked about the problem of Social Justice District Attorneys. He wrote in an op-ed, “Even more demoralizing, police officers must look on as the criminals that they have risked their lives to apprehend get turned loose by ‘social-justice’ DAs and “progressive” judges who no longer see their role as protecting the community from predators. Some DAs have even exposed police officers to greater danger by announcing that they will not prosecute those who resist police.”

From a Christian perspective, this level of lawlessness is a serious danger. The purpose of government is the creation of an orderly society that punishes evil and rewards good. However, Social Justice attempts to ignore real crimes and find new things to call crimes.

And this same Social Justice agenda is wrecking the church. It creates Identity Politics and division.

These are dangerous times, but it is good that mean like the Attorney General William Barr identifying these problems. If only our Southern Baptist leadership were as conservative!

Here is the video of the excellent interview: