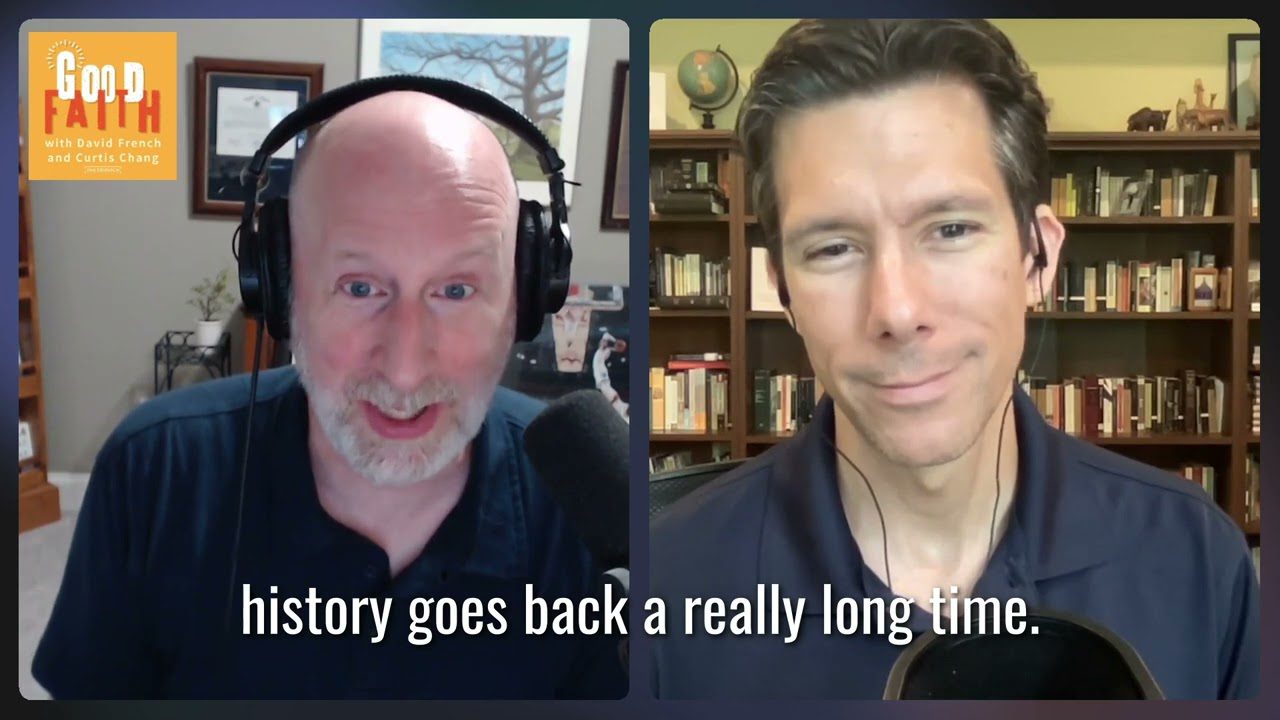 David French promoted the idea that reading the King James Version of the Bible in public schools was a bad thing.

French said, “What was the problem with Bible teaching in schools? Were the days of reading from the King James Version in class the ‘good ole days’? They were not.”

The video discussion French posted included Paul D. Miller. (Miller is a critic of nationalism, who described nationalism as “gross.”) Miller is still listed as an ERLC Research Fellow. According to Miller, the present rate of biblical illiteracy is a result of past efforts by government to teach the Bible.

Here is what Miller said in the clip, “Can you not understand why Americans are so biblically illiterate? It is because we allowed the government to teach us a watered down, moralistic therapeutic deism and slap the Christian name on it.”

If we accepted Miller’s claim, then since the 1960s when federal courts began cracking down on the Bible and prayer in schools, we should see an increase in biblical literacy.

Of course, that is not what the surveys show.

And Christian scholars are warning about the increase in biblical illiteracy.

According to BIOLA Magazine’s The Crisis of Biblical Illiteracy, “These days many of us don’t even know basic facts about the Bible.” This includes non-believers and shockingly even believers. The article continues, “I remember a student — not a new believer — who asked a question after class about Saul’s conversion in Acts 9. She wanted to know whether this was the same Saul who was king over Israel. No. King Saul’s story is found in the Old Testament; the Saul of Acts — also known as Paul — is found in the New Testament.”

Yet, David French and Paul Miller want the failed evangelical elites to have a monopoly on teaching the Bible.

Moreover, French and Miller are alarmed that children reading the Bible in schools might develop bad theology. Instead, they’d prefer we trust failed public theologians like Russell Moore and plagiarizing pastors like Ed Litton. Even after Litton was exposed as a plagiarist, he kept his job as a pastor and kept his job as President of the Southern Baptist Convention.

Why would anyone trust the established church or our Evangelical Elites?

Why would anyone fear harmless Bible readings in our public schools?

After all, don’t evangelicals believe in the perspicuity of Scripture? Do we know affirm the words of the Lord that His word will “not return void?”

David French and Paul Miller want to replace Christianity with liberalism. They are committed to this doctrine because it establishes the power of the present regime.

French and the likes of Russell Moore go to great lengths to attack the 1950s and trash the idealized view of “Mayberry.” However, for all the problems of that time, at least the Groomers were not openly in schools indoctrinating children into weird Marxist sexual ideologies.