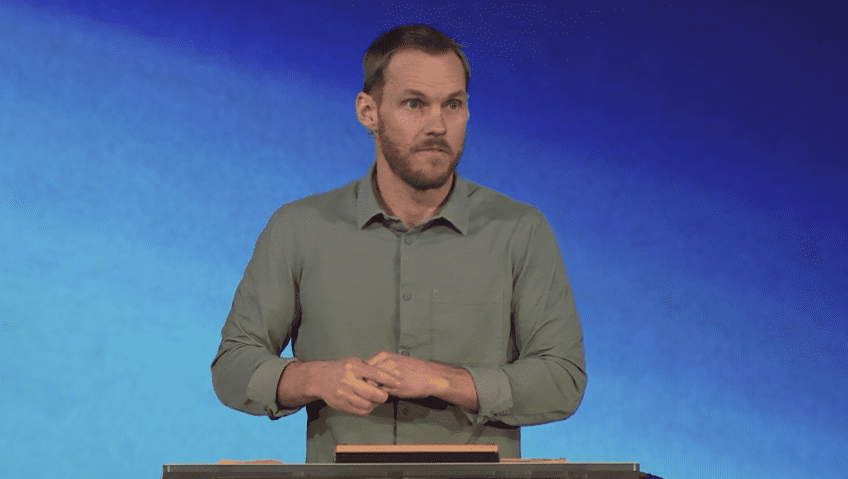 Here are the details from the lawyer’s official release:

RICHMOND—Today the five plaintiffs in Gaskins v. McLean Bible Church filed their appeal of a ruling from the Fairfax County Circuit Court dismissing their case. The plaintiffs have appealed to the Virginia Court of Appeals in Richmond to overturn a ruling of the Circuit Court, which erroneously granted a Plea in Bar and dismissed the case on mootness grounds.

Background of the Case

In July of 2021, MBC held an election for three positions on the Board of Elders (“the Board”) of McLean Bible Church (“MBC”). In an effort to ensure election of its three handpicked candidates, the Board conducted an illegal election in violation of the MBC constitution, denying secret ballots and illegally purging members in good standing to prevent them from voting against the persons selected by the Board as candidates for the Board of Elders, the governing body of MBC. The suit asks the court to order disclosure of the names of all purged members, and conduct a new vote, by secret ballot, with all illegally purged members allowed back on the voting rolls, and voting limited only to members who were entitled to vote as of the date of the illegal election in July 2021.

Procedural History of the Case

MBC filed a motion to dismiss, which was denied in December, 2021. MBC then filed a demurrer, which was also denied in February, 2022.

In June, 2022, MBC conducted another election, without providing notice to purged members, and after electing hundreds of new members selected by the Board in an effort to again predetermine the outcome, and purportedly re-elected the same three Elder candidates as at the illegal election in 2021. MBC then filed a Plea in Bar, asking that the case be dismissed as moot.

First, Virginia law forbids a court to dismiss a case on a Plea in Bar if no evidence is submitted in support. At the June 24 hearing, MBC presented no evidence to support its claims that it had conducted a proper election in June. (In fact, the election was again conducted illegally, by procedures in violation of the MBC constitution). The Circuit Court was in error, and the grant of the Plea in Bar should be overturned.

Second, Virginia law is clear that a case is not moot if either if two exceptions applies. The first exception is if a case is “capable of repetition yet evading review.” As in this case, MBC simply held another election (again under illegal procedures) and claims the case is moot because a year has intervened. But without court action, MBC is free to continue to deny the rights of its members in future elections as it did in 2021. Accordingly, the Board’s actions in violation of MBC’s constitution have not been mooted by holding a new election (again under illegal procedures that violate the MBC constitution), and the case falls under the first exception to the mootness doctrine. So the Circuit Court was in error, and its grant of a Plea in Bar should be overturned.

Third, the case also falls under the “voluntary cessation of illegal activity” exception to the mootness doctrine. A party cannot act wrongfully, then after being sued simply stop the wrongful action and claim the court is prevented from redressing it. So the Circuit Court was in error, and the Plea in Bar should be overturned.

The plaintiffs’ Petition for Appeal points out that MBC’s June 2022 Elder vote does nothing to remedy the wrong from the illegal 2021 election. According to MBC’s documents submitted at the Plea in Bar hearing, only persons in the “active member database” even received notice of the June 2022 vote for Elders. Although MBC claimed purged members would be allowed to vote at the June meeting, only the Board’s chosen persons in the “active member database” received notice of the vote, while illegally purged members were not provided notice. In addition, over multiple occasions in December 2021, March 2022 and May 2022 (just before the June 2022 vote on Elders) the Board added a combined hundreds of new handpicked MBC members who would support the Board’s chosen candidates, while denying even notice of the vote to illegally purged members from 2021.

Accordingly, plaintiffs ask the Court of Appeals to rule that the plaintiffs’ claims have not been addressed, no free and fair election open to all members in good standing as of July 2021 has been held, the case is not moot, and the grant of a Plea in Bar should be overturned.