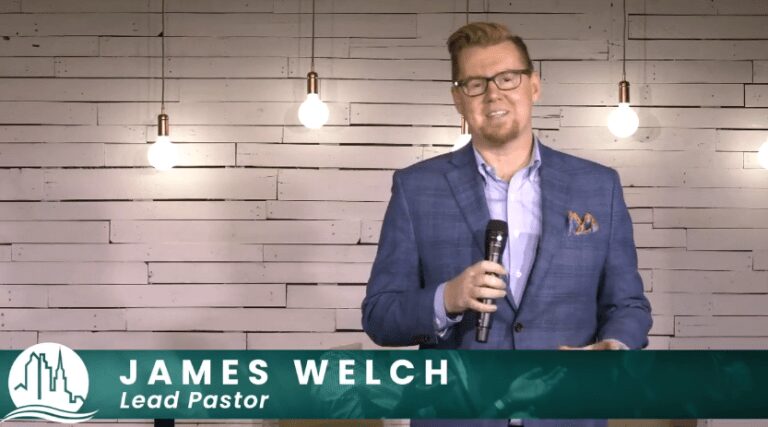 Florida court orders Woke Pastor James Welch to arbitration with members of First Baptist Church Ft. Lauderdale who were expelled by the hundreds.

A Florida court in Broward County ordered arbitration in a dispute between members of First Baptist Church of Ft. Lauderdale and Pastor James Welch.

A group of concerned members requested Christian arbitration between Pastor James Welch and themselves as required under the church bylaws; however, the church rejected it and members were forced to sue.

The lawsuit filed by James Geiger on behalf of himself “and others similarly situated” sought the state court to compel arbitration as required by the bylaws. Geiger was a longtime member and the man who authored the bylaws for First Baptist Church of Ft. Lauderdale. On Thursday, May 19, 2022, the court ruled in their favor. There will be arbitration.

According to a statement from the church members, “On Thursday, May 19th, the judge ruled“Petitioner’s Motion for Entry of Order Summarily Granting Amended Petition to Compel Arbitration is hereby GRANTED. The parties are compelled to arbitration pursuant to the procedures set forth in the Bylaws.”

This is a victory for conservative and longtime church members many of whom were excommunicated from the church in a mass email last year by Woke pastor James Welch. Last year, as many as 200 were expelled from the church in a mass for no other sin than being a member of a group attempting to save the church from what members thought was James Welch reckless, incompetent, and Woke leadership. Excommunications did not end with one mass expulsion. Individuals were also targeted including Brian Keno—a leader of the dissident group.

Now three men will lead the effort against Welch during arbitration.

According to a statement from the dissident group of longtime FBC Ft. Lauderdale members, “Please pray for the three men; Jim Geiger, John Harris and Mike Smith who will represent us in the arbitration process.  Pray for wisdom, discernment, and confidence as they face those who have treated them so harshly for the past two years.”

The court case had its ups and downs.

At one point in April, the judge dismissed the case fearing government intrusion into a religious dispute. However, immediately reconsidered and heard new arguments. Those arguments resulted in this decision. The court recognized the church could be compelled to obey its bylaws while avoiding any intrusion into religious issues. (For those following along, this is a similar issue involving McLean Bible Church not following its constitution.)

What will happen in arbitration? Fortunately, legal filings give us a glimpse and these longtime members are going to challenge their dismissal from church leadership and membership.

According to attorneys representing the concerned members of First Baptist Church of Ft. Lauderdale, “In the requested, court-ordered arbitration, Petitioner will be seeking a declaratory judgment under section 86, Florida Statutes, and injunctive relief relating to Respondents’ wrongful termination, discipline, and removal of Petitioner and others similarly situated as church deacons and members without a fair and reasonable process in violation of both FBCFTL Bylaws and section 617.0607, Florida Statutes.”

This is a great example of how church leaders, rogue pastors, and the Woke can be held accountable. If you fear what is happening in your church, then you too might be able to follow the example of churches like McLean Bible Church and First Baptist Church Ft. Lauderdale. Also, check out our guide for How to Fire Your Woke Pastor. Get prepared and get involved. Stop the Leftist infiltration of our churches.