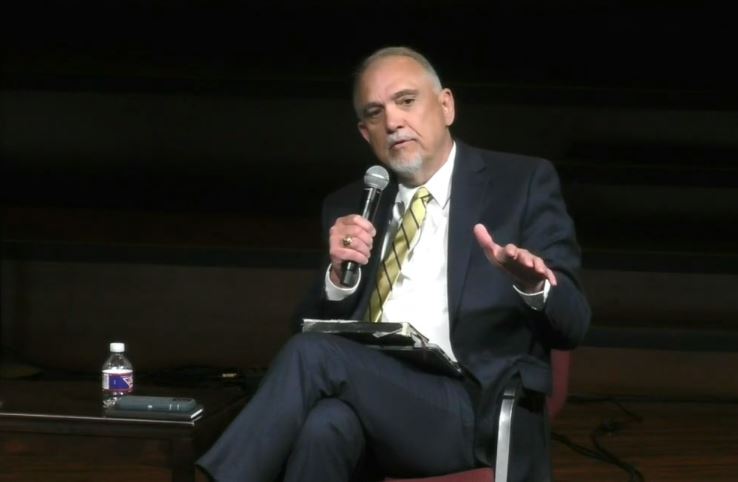 Tom Ascol details how Ed Litton’s Sex Abuse Task Force politicized its entire process. He explains how the Task Force bungled its handling of the attempt to blackmail Tom and Jennifer Buck.

Ascol: ‘Jennifer Buck deserves the exact same kind of care that we say as a convention we want to extend to those who have been sexually abused. Yet, she has not received that and I am grieved over that.’

“I do have some concerns that this process has been politicized,” Dr. Tom Ascol said.

This is true. The process is political. As we’ve pointed out Ed Litton’s personal choice to lead the Sex Abuse Task Force is biased and has repeatedly made clear it detests the Conservative Baptist Network.

And Ascol has specifics in mind—like how Sex Abuse Task Force leader acted in the case of Willy Rice as compared to the task force’s actions in the blackmail attempt against Tom and Jennifer Buck. First, Ascol explains the background of the attempt among SBC leadership to blackmail Tom Buck.

“A case in point is what is going on in a church not far from here—about 50 miles from here, First Baptist Church of Lindale where Jennifer Buck had her story of abuse taken and passed around among some Southern Baptist leaders. And then her husband Tom Buck received a phone call saying, ‘Hey, there are people who are going to blackmail you if you don’t back off what you did in trying to help Willy Rice understand that he had elevated a man in his church who has been guilty of sexual abuse.’”

That’s the background. Now for how the Sex Abuse Task Force handled the cases.

“Now the Sex Abuse Task Force actually talked to Willy Rice,” Ascol said. “They won’t talk to Tom Buck or Jennifer Buck. The chairman of the Sex Abuse Task Force said publicly, Yes, I did talk to Willy. What’s going on here? Jennifer Buck deserves the exact same kind of care that we say as a convention we want to extend to those who have been sexually abused. Yet, she has not received that and I am grieved over that.”

Ascol the points out the duplicity of the Sex Abuse Task Force’s action.

“The task force has said, Well we can’t interject ourselves into that. Well, you interjected yourself into Willy Rice’s church,” Ascol said. “So, I just want equal weights and measures. We need to do this well. The Bible’s not unclear on these matters.”

SBC Elites showing once again that Caring Well is only for some people.