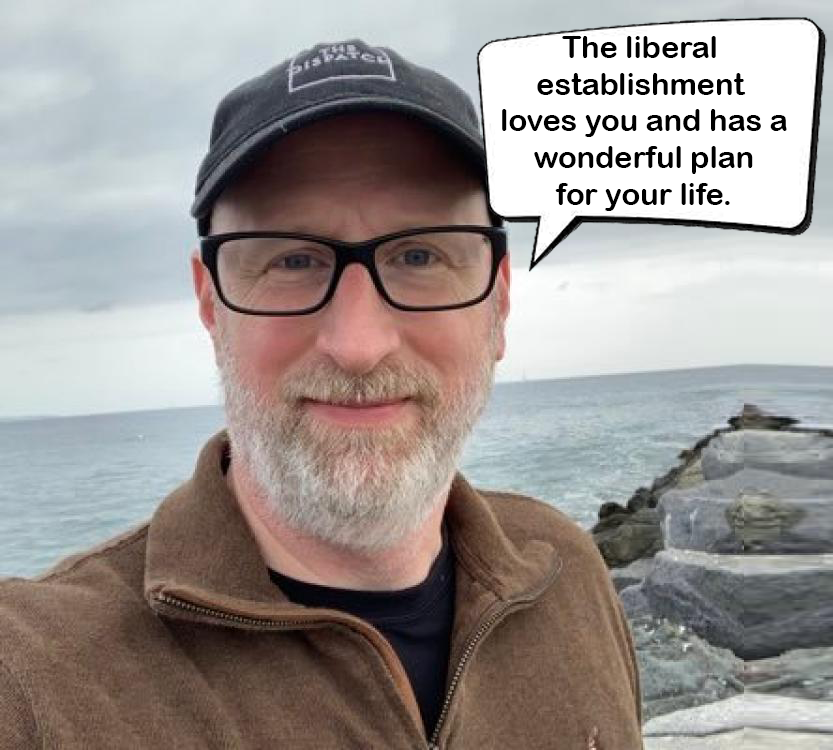 Basham observed, “Anyone have any thoughts on why a PCA media figure is re-tweeting endorsements for SBC president?”

You might remember that David French called Drag Queen Story Hours a blessing of liberty.

You might remember David French teaching intergenerational sin—or the idea that white people alive today are guilty for the sins of their fathers.

Oh, and David French spread lies about the National Religious Broadcaster Association (NRB)—lies that involved none other than Dan Darling.

That is just how Big Eva roles.

That tells the discerning reader all they need to know about Bart Barber. However, here are a few additional facts about Bart Barber and why he is David French’s choice to be SBC president.

Barber has discredited himself already by attacking conservatives and defending Leftist Ed Litton’s plagiarism by claiming the Apostles were plagiarists.

Notice a trend? Bart Barber is just like David French! After all, they both get invited to speak at our seminaries.

Corey Smith said it best: “If you like David French, you will LOVE Bart Barber.”

And this is true.

Bart Barber will continue the status quo in the Southern Baptist Convention where Evangelical Elites continue to erode conservative values.