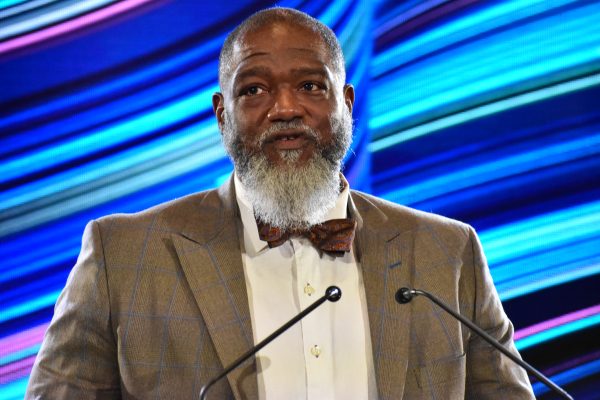 Voddie Baucham: ‘God is sovereign, and in His providence, He is working all things together for those that love Him and are called according to His purpose.’

Dr. Voddie Baucham delivered the keynote at the 2022 Louisiana Governor’s Prayer Breakfast. Dr. Baucham is a “possible nominee for 2022 Southern Baptist Convention President,” according to the Louisiana Baptist Message’s report on the event. Baucham’s message before a crowd of over 1,000 encouraged the Christian to rejoice in hard times.

“God is sovereign, and in His providence, He is working all things together for those that love Him and are called according to His purpose,” said Baucham, who is on mission from Grace Baptist Church in Houston, Texas, serving as dean of theology at African Christian University in Zambia. “Even things that in themselves are not good, God works together for good.”

“The fact that you didn’t receive what it was that you were asking for is not an indication that God didn’t hear you,” he said. “He is God, and nothing escapes His view.

“One of the things that makes it difficult for us to rejoice is that we think it’s only ‘enough’ if we get what we’re asking for,” he continued. “If you never get another thing that you ask for, having the Creator of the universe hear you when you pray is ‘enough’!”

You can read the rest of the report at the LBM website.

Baucham is a major conservative figure fighting racial identity politics in the church. Baucham’s book Fault Lines is a major work against the influence of Critical Theory. Baucham also contributed to the Foudners’ book By What Standard. That book included an excellent chapter by Baucham exploring the dangers of racial Gnosticism—a type of standpoint epistemology that says only certain people based on their race have access to types of knowledge.

The future of the Southern Baptist Convention (and for that matter the nation) hangs in the balance as conservatives attempt to stop the Leftist control of all institutions. That struggle against the Leftists in our pulpits is expected to unfold in Anaheim. While Baucham said it is unlikely he will be an SBC presidential nominee, he remains one of the most important voices for conservative Christians fighting against the forces of Neo-Marxism.