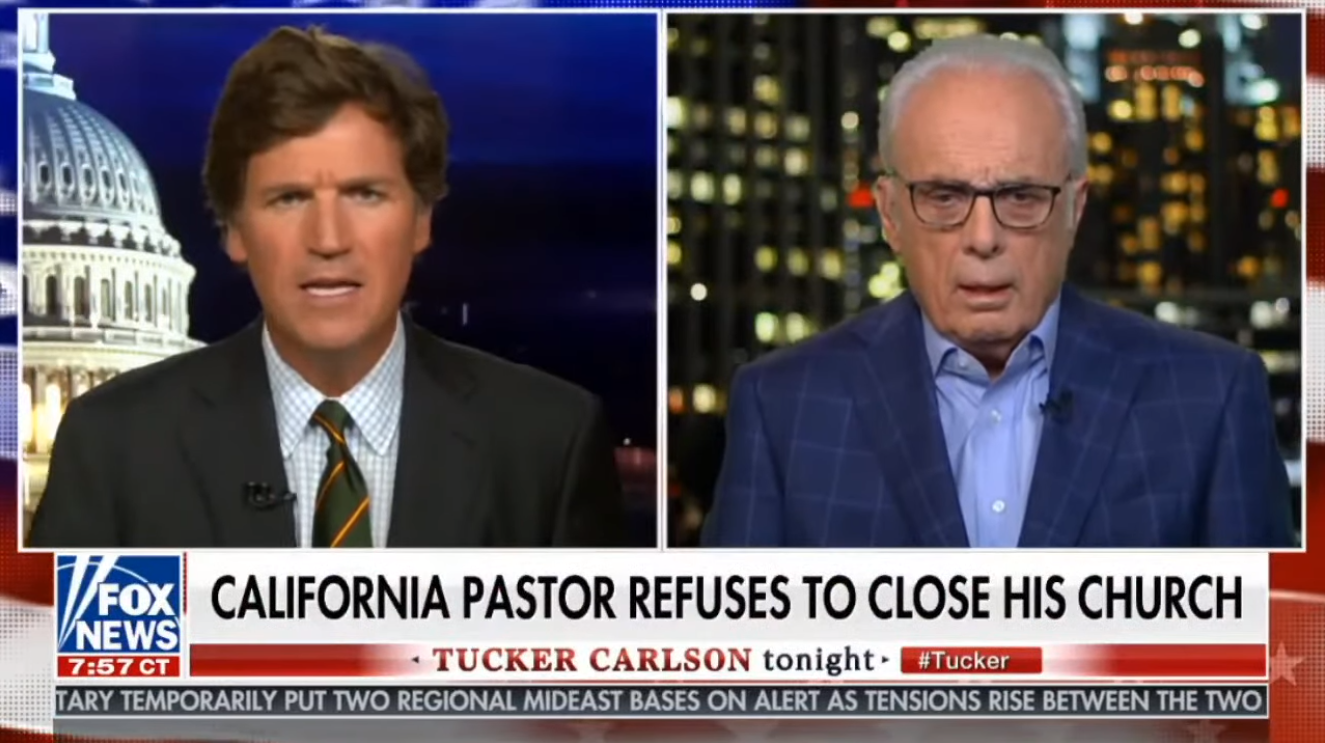 Why is everyone afraid of Tucker Carlson? Populism, foreign policy realism spook Cultural and Evangelical Elites.

The reaction to Tucker Carlson by American Elites is uniform—they hate him. In the last week, Tucker Carlson was maligned by a former president of the Southern Baptist Convention and by Leftist mainstream elites on Twitter. What drives the near universal elite disdain for Tucker Carlson?

Dr. Sumantra Maitra writing for the Federalist noted the “relentless fearmongering about Carlson, authoritarianism, and nationalism. Some have gone so far as to bizarrely tag Carlson a ‘comrade,’ which is absurd because Putin’s Russia is far more Christian and conservative than the increasingly secular West.”

This is an important point. Much of the revulsion to Russia by American elites arises from the West’s obsession with the sexual revolution. As Richard Hanania noted because of Russia’s stand on LGBT issues, Putin and Russia are villains. Hanania explains, “it’s not really about ‘democracy,’ ‘international law,’ or any of the other words they use to obscure the fact that it’s culture wars all the way down.”

This appears to be true: American foreign policy is evangelistic on matters of the Sexual Revolution.

Liberals used American wars in the Middle East to spread feminist ideology. And now elites are doing the same in Ukraine.

Dr. Maitra writes, “Consider the relentless number of tweets by a section of the commentariat about Western support for ensuring LGBT-favoring laws in Ukraine, and Mearsheimer sounds prescient. Whatever these people are, their constant revolutionary and internationalist rhetoric would make Leon Trotsky blush.”

Dr. Maitra explains that Carlson and Donald Trump speak plainly to a conservative sense about how the US should pursue foreign policy—a restrained and realistic approach as opposed to the crusading moralism of liberalism.

This, Dr. Maitra notes is a threat to “a borderless Marxism or an equally borderless liberalism.” (Read the entire essay at the Federalist.)

In other words, Tucker Carlson strikes at the very presuppositions of the contemporary Elite worldview demanding a borderless world where liberal ideas spread—this is a worldview focused on sexual autonomy that must be made universal even if that means regime change that is accomplished at bayonet point.

And this is precisely why Evangelical Elites fear Carlson. Evangelical Elites are uniformly globalist in worldview. They support Soros-funded open border groups like the Evangelical Immigration Table. Many have accepted free trade as an end rather than as a tool of the national interest.

Since Tucker Carlson is the key representative of an alternative conservative view, Evangelical Elites reflect the Cultural Elites’ disdain for Carlson.

Since about 2019, evangelical elites have maligned cable news for its outsized influence on Christian political engagement. And by cable news, everyone knows this means Fox News. The voice of evangelical conservatives, the New York Times attacked Tucker Carlson for having views in opposition to Jesus.

According to the New York Times, “Countless people who profess to be Christians are having their moral sensibilities shaped more by Tucker Carlson’s nightly monologues than by Jesus’ Sermon on the Mount.”

I know when I want information on evangelical Christianity, the first place I turn is the opinion pages of the New York Times. It certainly was one of the promoters of Russell Moore’s campaign against Donald Trump in 2016.

If the New York Times is attacking Tucker Carlson, you can bet evangelical elites are doing it too.

John Fea and Ed Stetzer have complained about the influence of cable news in general and Tucker Carlson in particular. Fea claimed “that Fox News is shaping the religious lives of many white evangelicals today.” And during this panel at the SBC Convention, Stetzer was specific in trashing cable news and Tucker Carlson.

Thanks to WokePreacherClips for this thread highlighting Stetzer trashing Tucker Carlson:

And it does not end there.

Greear complained that Tucker Carlson has more time to disciple Christians than Evangelical megachurch pastors like himself. Also, the foot soldiers of Wokevangelicalism like SBC Voices is happy to attack Tucker Carlson.

And despite the sustained attacks, Tucker Carlson’s influence has not waned.

The lesson: nobody is listening to the Elites. They have lost control.

Of course, most of America’s contemporary elites, including evangelical elites, are incapable of asking that question. Instead, their response is to call everyone else a racist, misogynist, or, gasp, a Christian nationalist.

Returning to the Federalist essay, we can find a key to understanding Carlson’s appeal: “He sides with something very natural: a human urge to be a nationalist, and therefore opposed to a relentless and crusading global revolution.”

This commonsense appeal strikes fear in the hearts of cultural and religious elites. 2016 taught them that there is a market for politicians who can speak the language of the national interest.

Patrick J. Deneen highlighted the lesson of the 2016 election in an essay this morning at the PostLiberal Order. Deneen noted that Trump won by rejecting libertarian economic orthodoxy.

According to Deneen, “Trump won because he pulled in enough voters in the upper left quadrant (which now tilted decisively Republican) while running against nearly all the commitments of Libertarianism. Indeed, the electorate of the Republican Party then, and arguably more so now, genuinely straddles the upper two quadrants, its working class base further to the (economic) left, its institutional elites still more beholden to the libertarian economic wing. Trump was the first genuinely ‘populist’ candidate nominated by a major party since William Jennings Bryan, and arguably the only populist President since Andrew Jackson.”

As the Atlantic pointed out, Tucker Carlson “even pre-Trump had spoken out against the corporatist, globalist tropes captivating the leadership of both parties.”

Tucker is right about the problems afflicting America’s Elites. Much of this is ideology. It is why corporations promote Woke Social Justice causes. Elites are committed to the ideology of liberalism, which makes them predisposed to economic and sexual autonomy.

However, there is a conservative resurgence reconsidering the wisdom of autonomy as the end of politics.

For some conservative thinkers, the economy was created for man and not man for the economy. In other words, the economy should serve the national interest. This might mean restricting trade with China because of the geopolitical threat posed by the CCP. Also, it might be time to reconsider Blue Laws that make Sunday a day of rest. Certainly, it is time to return corporations from Woke crusaders for Social Justice back into profit-seeking enterprises. All of this would require state intervention and regulation.

All of that threatens the status quo.

And that makes a new conservative populism dangerous.