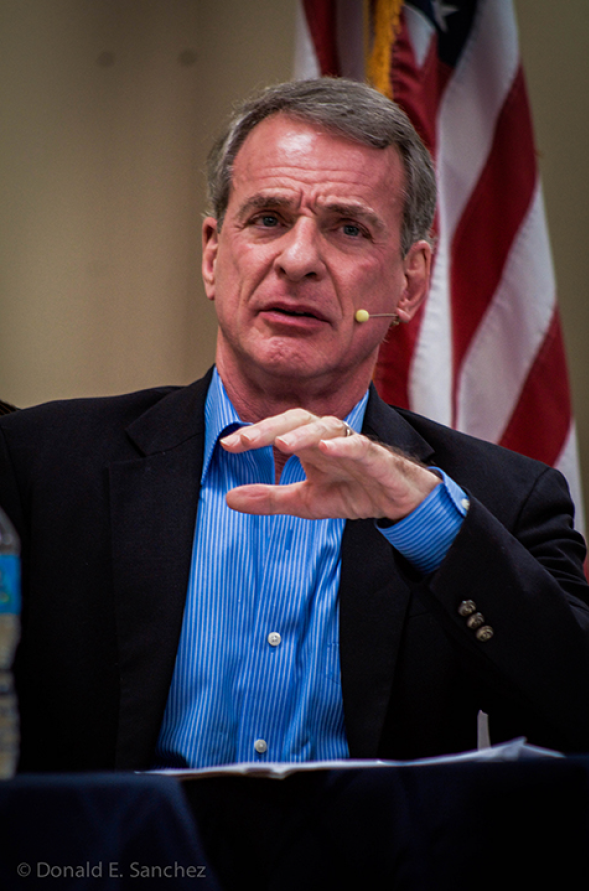 “Follow the money,” Dr. William Lane Craig said in a podcast. “To its shame, Bethany Christian Services caved on their religious convictions in order to maintain their government funding and put little children into the home of same-sex couples despite their convictions against it. What makes it so ironic, is that the Supreme Court agreed 9-0 that this was unconstitutional and yet, because of its lack of backbone—wouldn’t stand up to this government imposition—this other agency kowtowed to this unconstitutional denial of our religious liberty. It is a real black mark against them and let’s give kudos to these Catholic adoption agencies for their courage in standing for religious liberty.”

Bethany Christian Services is described as the “largest Protestant adoption and foster care agency in the United States.”

When the organization announced its policy change, it released a statement justifying the move. According to CBN the agency said, “Faith in Jesus is at the core of our mission. But we are not claiming a position on the various doctrinal issues about which Christians of mutual good faith may disagree. We acknowledge that discussions about doctrine are important, but our sole job is to determine if a family can provide a safe, stable environment for children.”

However, Catholic Social Services and traditional Christian beliefs for 2,000 years stands in opposition to this view. You can read more about the Supreme Court decision here.

Dr. Craig explained why he as an Apologist spoke out about this political issue.

William Lane Craig said, “At Reasonable Faith we don’t dabble in politics. We are not making political commentary. But when political issues impinge upon either ethical or spiritual concerns, then it is appropriate, and I think mandatory for us to speak out. And both of those Supreme Court decisions have those sorts of implications.”

And these are moral issues because it is a traditional Christian belief that same-sex relationships are sinful—as are all relationships outside of marriage.

“They believe, as I do, that same-sex relationships are immoral and therefore, they will not place the children in these homes,” Dr. Craig said of the Catholic charities that won before the Supreme Court. “What is so interesting about this decision is that it did not divide the Court along conservative and liberal lines. This was a 9-0 decision…that you cannot coerce a religious adoption agency to violate its own religious beliefs in order to comply with non-discrimination laws.”

Bethany Christian Services is Woke, declares itself an anti-racist organization

How far has Bethany Christian Services moved from its core Christian mission into being a voice of the secular zeitgeist? It released a statement on injustice and racism in America. The statement is a perfect example of Leftist virtue signaling synthesized to sound Christian.

Bethany continues to mourn the loss of George Floyd, Daunte Wright, Breonna Taylor and the many other Black men and women who have unnecessarily and tragically lost their lives. We bemoan the trauma their loved ones and the Black community have experienced time and time again.

Racism and unequal treatment still exist in many of our institutions. Bethany remains committed to continue standing beside Black, Brown, and Asian communities as our nation works to confront and address systemic injustices. As we journey toward becoming an anti-racist organization, we won’t shy away from studying, calling out, and addressing racial injustice in the systems where we work, especially in the child welfare system. While we mourn, we urge and pray for peace across our nation, for constructive dialogues, and for tangible actions to address injustice.

Together at Bethany, we pursue racial justice and equity because of our faith in Jesus Christ, and we will continue to loudly advocate for better systems within our nation so that all people are treated with dignity and recognized as precious children of God. We pray that we, along with all Americans, will more fully and boldly embody Christ’s commandment to ‘love our neighbors as ourselves.’

As you can see that statement there is very little difference between it and what you might see from a Silicon Valley company—except the thin veneer of religious language.

This is what Leftists demand of all organizations—capitulation to the rhetoric of the October Revolution, err the anti-racist revolution.

It demands more refugees despite the global health crisis—and it is hard to doubt why, follow the money.