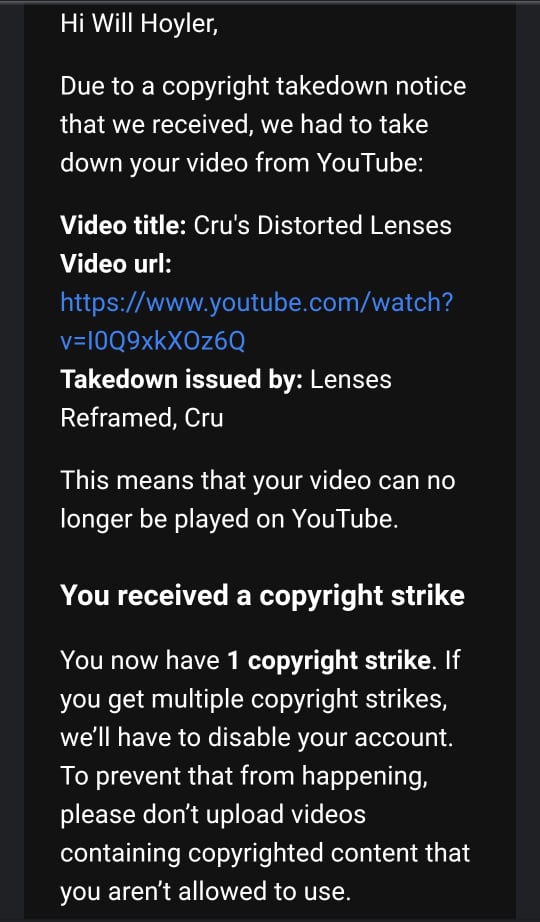 Why has YouTube removed two whistleblower videos of Cru’s Lenses Institute? Why is this training secret? Is it because of the indoctrination of Cru staff in Critical Race Theory (CRT)?

Cru, formerly Campus Crusade for Christ, had a Whistleblower video removed from YouTube.

The Whistleblower video by former Cru staff member Will Hoyler revealed shocking details showing how Critical Race Theory was used to indoctrinate Cru staffers through the Lenses Institute training. According to the notice from YouTube, the copyright holder filed a copyright claim, resulting in the removal of the video from YouTube.

Hoyler’s original whistleblower video pointed out some of the absurd Leftist talking points promoted by Cru in trainings required of its staff. In that first video, Hoyler asked a great question: if there were nothing to hide, then why is it secret?

Now, that is an even better question as Big Tech and Woke ministries hide the evidence from the public and most importantly their donors about the Woke ideologies.

Hoyler replaced the first whistleblower video with an edited version.

This is not the first time Cru retaliated against public exposure of its Lenses training. Judd Saul had posted video of the entire Lenses training to expose the use of Critical Race Theory in Cru. Saul said Cru filed a complaint with YouTube resulting in a copyright strike on his channel.

The extent of the Leftist infiltration in Cru was established in an extensive report: Seeking Clarity and Unity. The 174-page report prepared by concerned Cru staff cited extensive evidence of indoctrination on Cru staff, much of it involving Lenses Institute.

According to one account contained in the report, “I found the underlying [and ongoing, yet very subtle] anti-white-American rhetoric to be very polarizing and incendiary. This was confusing, especially if the desired goal is to obtain ‘unity’ and ‘oneness.’”