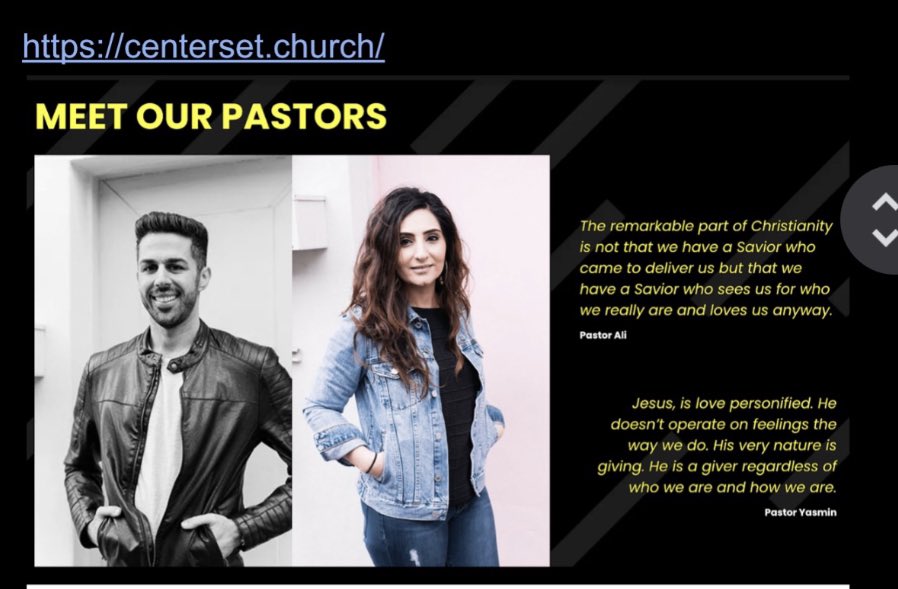 A Woke church planted by the Southern Baptist Convention with a woman co-pastor highlights the problems of holding SBC Elites accountable. SBC Elites circle the wagons and spread misinformation and fake news to deceive the people. Here is how it unfolded this week.

Seriously, who and where are these 12 million people being persecuted because of the color of their skin?

Also, don’t you love the framing of this political issue as not a political issue but a Kingdom issue. This is a variation of Russell Moore’s theme of declaring Leftist political priorities as a Gospel Issue™.

Thanks to Pastor Tom Buck, we know that CenterSet Church was launched by the Southern Baptist Convention. Dr. Buck said, This is a church planted by @NAMB_SBC and has a woman pastor. It’s one church among several that have been planted by an SBC church and @sendnetwork w/ CP dollars. And several of the churches listed on Johnson Ferry’s church plants have women functioning in the role of a pastor.”

Buck provided screenshots to prove this. Here they are.

You can also see it listed on the Johnson Ferry website.

So, your tithes and offerings supported the launch of this Woke church with a woman co-pastor. CenterSet Church in Silicon Valley was a church plant of the North American Mission Board (NAMB) and Johnson Ferry Baptist Church in Atlanta.

Dr. Buck rightly called for Kevin Ezell’s resignation and serious reform of NAMB. Dr. Buck said, “I’m going to say this clearly and without equivocation…@kevezell needs to resign along with the current leadership of @NAMB_SBC. Just ask yourself what you would do if your financial planner invested your personal money the way @NAMB_SBC invests the money of your church.”

And Jimmy Scroggins derided this by pointing to a nonsense NAMB press release.

The Scroggins Tweet is the perfect example of SBC Elites—a mix of smugness and condescension. You can hear it in the Tweet, Scroggins patronizing the little SBC pastor who does not know the truth—well, the truth according to Kevin Ezell and his cronies.

Scroggins is an SBC insider. He was the LifeWay trustee who by himself approved a one-million-dollar severance package for the failed former CEO Thom Rainer. Scroggins did not tell the board the details of how much LifeWay was paying Rainer after Rainer retired.

It is only natural that Scroggins would defend Ezell. After all, these two SBC Elites were on staff together at Highview Baptist Church.

All the insiders know one another and practice the 11th Commandment.

How many SBC leaders and for that matter how many SBC pastors have called for disgraced liar and thief Ed Litton to resign over Sermongate?

This illustrates how SBC Elites pretend to be holy and cry for holiness but in fact they crave power and lucre more than they fear God.

There is no other explanation for the Elite silence on Ed Litton. If SBC Elites are OK with a liar and thief as SBC President, then these are not men of God.

In fact, they aren’t even men.

They are craven slaves to their own lust for power and money.

It is why someone like Jimmy Scroggins is willing to do Kevin Ezell’s dirty work to harm Will McRaney.

It is why the NAMB trustees do nothing to hold Kevin Ezell accountable.

There was much I did not like in Katherine Stewart’s Power Worshippers; however, there was one thing she nailed—much of what happens among Evangelical Elites is fueled by money.

Not to put too fine a point on it, but these SBC leaders who refuse to demand Ed Litton resign are wicked hypocrites who pretend to be Christians but are really destroying the church with wickedness.

And it is the same for people supporting Kevin Ezell and NAMB.