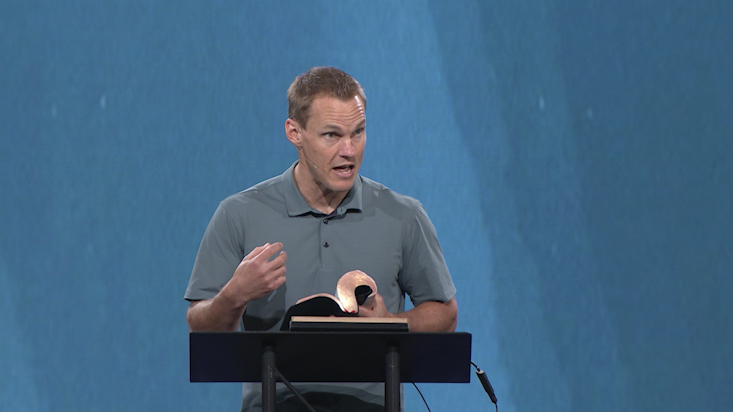 Here are the top six lies David Platt told to McLean Bible Church to mischaracterize conservative dissidents working to save the church from the Woke Social Justice heresy.

And there is more about McLean Bible Church in the story.

Oh, and there is a process for membership where McLean Bible Church was required to affirm the Baptist Faith & Message 2000.

According to the BCMD, “We go through the 2000 Baptist Faith and Message and also require a written affirmation of an official congregational vote to affiliate with the BCM/D.”

There is other evidence that David Platt is lying about the affiliation of MCB with the Southern Baptist Convention. According the SBC’s Annual Church Profile data, McLean has given $100,000 per year to the Cooperative Program.

This lie is important. It shows that David Platt ignored the McLean Bible Church Constitution and then deliberately lied to the church about it. His actions disqualified himself as a pastor. He must repent and resign immediately.

David Platt claimed many people who were not active members of McLean Bible Church attempted to vote. However, this is false. There are many people who were still members—members who were giving and teaching small group classes—who were purged from the MBC membership rolls on or about June 16. That was convenient timing to say the least. There are affidavits from several individuals who attest they were members and were removed from McLean without notice or their consent.

The Capstone Report spoke with multiple people upset they were dropped from membership and told they could not vote.

Adam Jeantet and his wife attended the June 30 Congregational Meeting but were told when requesting a ballot, they were no longer church members.

“Yes, it was a surprise,” Adam Jeantet said. “My wife still leads a small group Bible Study for McLean that meets every Tuesday night.”

And her Bible Study group persevered through COVID holding their sessions via Zoom for 15 months.

Adam began attending McLean Bible Church in 2004 and met his wife at the church.

“She was practically crying when she heard our memberships were removed,” Adam Jeantet said.

The Jeantet’s overheard McLean leadership talking about their membership status and said the staff said the couple were moved to inactive status on June 16.

“We weren’t supposed to hear that,” he said.

That date looms large in many tales as about the time that McLean Bible Church elders purged the membership list. What was the motivation for the purge?

“The only thing I can think of that got us on the Naughty List was our concerns over transparency,” Adam Jeantet said.

In late 2019, Adam and his wife met with church ministers raising issues about transparency and finances. Adam said he thought the meeting went well and was shocked at the removal of their membership status.

The couple attended the December Congregational meeting and voted on the budget.

There was no sign of trouble prior to showing up to vote in the Elder election.

And this is not the only story.

A woman, who asked her name to be withheld so we are calling her B for business reasons and does not want to be smeared by David Platt’s lies, started attending MBC approximately in 2007.

She taught a Bible Study until a couple of months ago—she was forced to give that teaching up because of family commitments. However, she continued to be involved in McLean Bible Church.

She met late last year around October or November with church leadership including Nate Reed.

B expressed concerns over Critical Race Theory and David Platt’s book on voting.

“He tried to make it acceptable to vote Democrat and no Christian should vote for abortion,” B said.

She said that if McLean continued down this path that she would have “to make a decision” about her church membership but would wait for a follow-up meeting with the leadership team to discuss further.

No other meeting ever occurred while B waited months.

So, B continued to teach and participate in church activities and was shocked when denied a ballot.

“I cornered Nate Reed in the lobby,” B said. “He said, ‘You were removed because you indicated you were leaving the church.’ I told him, ‘That is not exactly what I said.

After some discussion, B was given a Provisional ballot; however, B said she did not cast it because of the confusion.

B said there is a Constitutional process for the removal of membership and Nate Reed and McLean Bible Church did not follow it.

B has a point given the chaos of the COVID-19 Pandemic where people are often forced, even at this stage of the Pandemic, to watch online due to isolation issues, etc.

David Platt claimed falsely that a leader in the Save McLean Bible Church movement used racial rhetoric. This claim is false.

According to research, the only person who ever said something close to what Platt alleged is not even a member of MBC, nor does the individual attend MBC. So, why did David Platt say this was a person leading the group? Platt is a desperate liar.

Also, notice how Platt refuses to provide any information to verify identity. This is how Democrats act—slander by association. Since David Platt’s book claimed it is acceptable for Christians to vote for the pro-abortion Democrat Party, why are we shocked that he does his politics with the reprehensible lies and tactics of Democrats?

One thing you notice about David Platt’s July 4, 2021, sermon was the hyperbole. His fake outrage and spreading deliberate misinformation like the portrayal of what might happen to the McLean Bible Church Tyson’s Campus.

The sale of the MBC property was discussed at the March congregational meeting. Lead Pastor and Elder Wade Burnett was asked about this at the congregational meeting March 31, 2021 and did not outright deny that a sale was a possibility. Instead, Burnett said that churches have complicated decisions to make when holding large property during an era of declining attendance.

Burnett explained the church and all churches face conversations about what to do with declining generational involvement in churches. He said that younger populations do not attend at the levels of previous generations, so it is typical for all churches to begin asking if they can maintain large facilities like the Tyson’s Campus.

Note: the leadership of the Save McLean Bible Church movement are mostly millennials. What better way to alienate younger Christian leaders than by spreading outright lies about them and their concerns?

David Platt said someone who lives in Florida returned to vote in the McLean Bible Church elder election. This is false.

The person who flew from Florida to MBC for the vote, was on vacation at their condo in Florida. They live near the MBC campus—within 10 minutes in fact. All his cars are registered in Virginia and his children attend Virginia schools.

The family was on vacation and cut their trip short to return for the vote since they were headed back home in a few days regardless.

If David Platt would lie about this—what else does he lie about?

The answer is about a person coming from Maine to vote.

This was false. A person who lives within twenty minutes of MBC and was on taking care of a terminally ill relative in Maine, cut her trip short and flew back to vote.

Why did Platt spin this as someone who was not living and involved in the local community?

Why is he promoting a false narrative?

David Platt pretends that all people concerned about Social Justice and Critical Race Theory are in rebellion against the Word of God. Specifically, Platt said the church has studied what the Bible says and that settles the matter. Platt was obliquely referencing his whitepaper and course of study called “The Gospel, the Church, Justice and Race.”

Platt is equating his whitepaper as having the full authority of the Word of God.

However, five leaders at McLean Bible Church including a former elder, former staff members and lay leadership argued against “The Gospel, the Church, Justice and Race.” In fact, we will publish this entire 17-page plus essay soon—so you can see that David Platt is not telling you the truth.