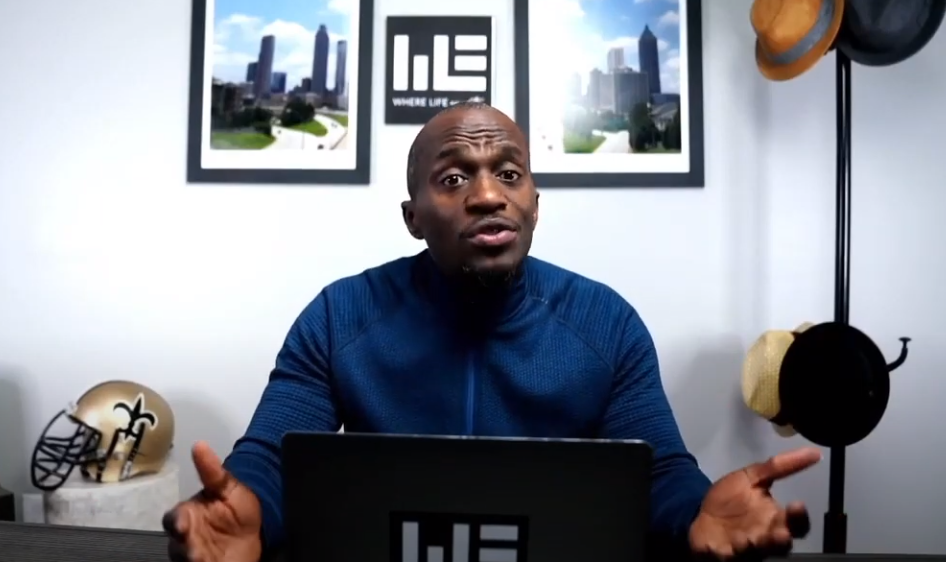 Southern Baptist church planters taught that the Gospel is not good news without fulfilling the Great Requirement. Dhati Lewis adds Social Justice works to the Gospel.

The Southern Baptist Convention (SBC) is planting Woke churches—and is doing so by adding to the Gospel. Nay, in fact, the North American Mission Board (NAMB) has changed the Gospel demanding that Christians not only fulfill the Great Commission and the Great Commandment, but the Woke Social Justice inspired Great Requirement.

A church planter revealed the shocking focus of NAMB Send leader Dhati Lewis on the Social Justice Gospel in a whistleblower video.

Also, documents revealed by the whistleblower and other information shows how a Social Justice Gospel promoted by Leftist Christians is the foundation of Dhati Lewis’ “Gospel.” In fact, the Great Requirement was inspired by a pro-racial identity politics Methodist minister.

“’The Great Requirement’ as used by Send Network and NAMB is the same as that popularized by Methodist Minister, Mike Slaughter, in his book Change the World. How does Mike think we implement the great requirement? We can see in his post on his website, ‘How I voted’…“*Justice demands that education and health care are universal rights. *Justice demands making wrongs right. Yes, all lives matter, but now is the time to realize the importance of black lives matter in light of 400 years of injustices committed against…Justice demands protecting the rights of my LGBTQ brothers & sisters.”

And this is not shocking because Dhati Lewis is intimately connected to the Democrat “Christian” front group the And Campaign.

The And Campaign is designed to confuse Christians about how to vote. Its entire purpose is to undermine conservative evangelical Christian support for the appropriate decision to never vote for the pro-murder Democratic Party. Instead, it practices an obscurantism designed to make womb-to-the-tomb social welfare into an equal voting priority as fighting abortion. It is evil.

The And Campaign was co-founded by Dhati Lewis’ brother and held a launch event at Lewis’s Blueprint Church in Atlanta. You can see all the details and relevant proof here.

In the video, Dhati Lewis says “the Gospel demands the church engage holistically with our cities.”

What does this mean? According to an essay published by Dhati Lewis, the Christian must push for economic policies to help our cities.

Dhati Lewis said, “As we address systemic issues in our community, one of the major factors to consider is economic stability.”

And the social needs of the community must be met too. Of course, this means stamping out disparities—a common trope of the Social Justice Left.

Lewis argues, “The social pillar is where we begin to partner with local nonprofits and para-church ministries to address social needs in our communities. The needs of each community are unique, so the social pillar may look a little different depending on the community. This pillar will address issues ranging from educational disparities to racial reconciliation.”

Also, there is an odd cartoon that Woke Preacher Clips found published by the North American Mission Board—that claims, “Our refusal to validate our neighbor’s current struggles is often more offensive than the gospel itself.”

This is a rather odd claim that is fraught with peril if taken to its logical conclusion.

Also, what does “validate” mean? And what will the secular radicals understand it to mean?

Reminder: Who runs the North American Mission Board?

NAMB is run by someone very close to Al Mohler—Kevin Ezell.

And Ezell is also closely connected to Ed Litton. He has featured Litton at many SEND conferences in the last few months.

The close links between Mohler and Litton should probably weigh heavily with how Southern Baptists vote for the next SBC President this June in Nashville.